I didn’t want to wear my Army jumpsuit with the 82ndAirborne patch on it, not on a Friday when the other kids were wearing shorts and t-shirts, not just because Momma said it had special meaning now. The parachute material swished when I walked, and the head-to-toe forest green look wasn’t made for a second grader who always dodged comments from a certain pale, caramel-haired classmate.

The light, airy material pressed heavy on my seven-year-old mind. The thick cotton collar choked out distorted memories of this confusing tornado of big buildings and big, bad airplanes that picked Daddy up and slung him far away from home.

Dare I be realistic (rather than political) enough to say that I found no light at the supposed end of this War on Terrorism? I saw no end game, no peace, no kindness—only courageous, selfless men and women giving their lives so their loved ones on the home front could peek at gloomy headlines behind scared, cupped hands.

However, I unearthed a small silver lining when I watched You Are Here: A Come from Away Story, a 9/11 documentary that dug up behind-the-scenes kindnesses that news stations never aired. 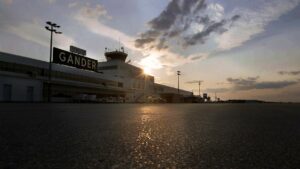 While most broadcasts headlined the Twin Towers and the Pentagon, You Are Hereproduces footage from passengers who were flying to the United States when the World Trade Center towers were attacked on September 11, 2001. Naturally, to protect the country from additional threats, the U.S. shut down its airspace and force-landed all U.S.-destined aircrafts. 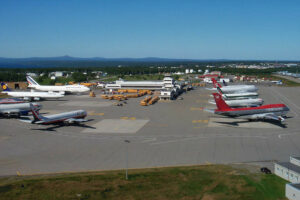 Gander, a little Canadian town in Newfoundland, was nominated to open its small airport to more than 30 airplanes. As North America’s easternmost piece of land—and as the piece of land in clearest proximity to Europe—they were told to welcome 6,700 strangers, while discreetly screening them as potential terrorists.

Claude Elliott, the mayor of Gander, didn’t see terrorists. He saw tired, hungry strangers who needed his KFC lunchboxes and his community’s donated sleeping bags and clothes. They needed Gander’s finest cod and moose, their traditional Irish jigs, and hugs that meant more than empty promises of when they could go home. His “come from aways” needed a refuge from the chaos that they couldn’t control. 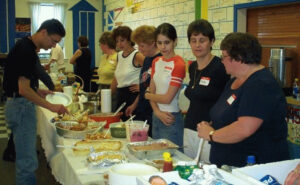 Salvation Army’s Major Ron Stuckless gathered local volunteers, bus drivers (on strike) roared their engines to transport passengers, and local pastors opened cots in their sanctuaries. Teachers, housewives, and police officers refused to sleep for five days until the U.S. reopened its airspace, and the thousands of weary travelers’ wait was over. But before any planes took flight, a few people bonded over a mutual loss of sons; a few people fell in love and later got married. Life happened in those five days at Gander, the kind of life that promised hope amidst global fear.

Hear me out, I don’t think we need another 100-year war to learn our lesson, so why don’t we heed Gander’s advice to just love on people despite the war, despite the fear, despite the differences, and despite a tunnel that doesn’t seem to have an end?

Easier said than done, I know. But I’d rather give love an honest chance than put on another green bean-colored jumpsuit.