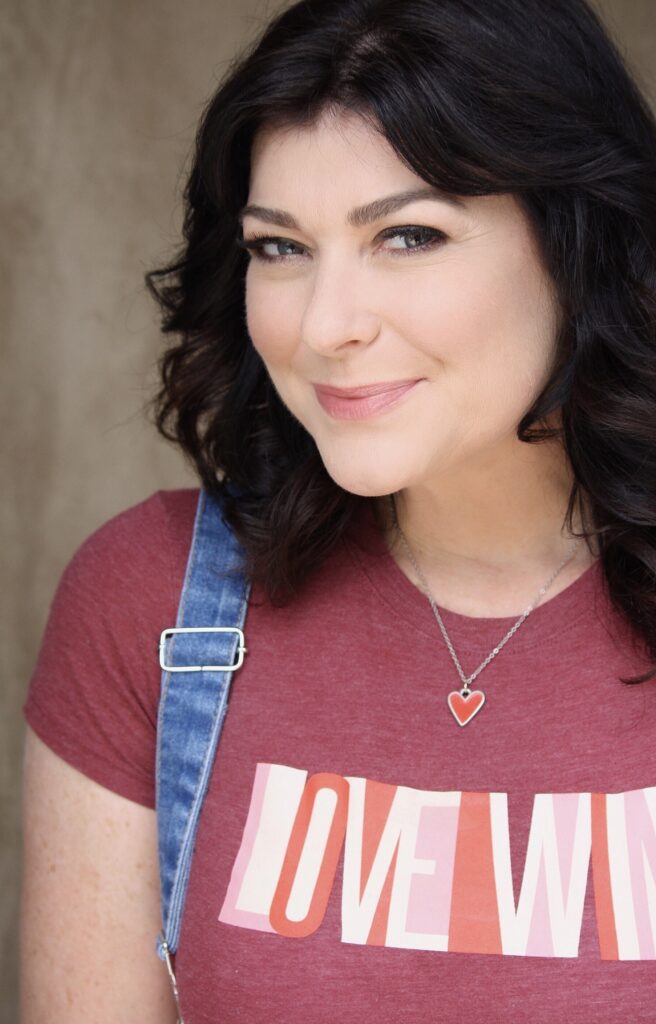 In Catching Faith, Alexandra Boylan told a story about a woman with a perfect life: a high school football star for a son, a straight A student for a daughter, and a successful businessman for a husband. But when the family’s image is challenged, the woman struggles to figure out how God wants her to go forward. When Catching Faith became one of the most successful films in RLJ Entertainment’s history, a sequel was requested. But Catching Faith 2 represents more than commercial success for Boylan – it’s just the next step in a path toward sharing stories from a woman’s perspective that Boylan has been on her whole life.

Producer, writer, and actor for Mustard Seed Entertainment and MirrorTree Productions, Boylan was raised in Massachusetts to a family of ministers, but as an adult she left for Los Angeles, where she explored a career in acting for a decade. After those first ten years, she moved to New Mexico, sure her career was over. But two years later, she returned to Los Angeles, moved by God to try again, in a whole new way.

Boylan’s two companies have now delivered feature films like Home Sweet Home, At Your Own Risk, and Catching Faith. Wish For Christmas was bought by Pure Flix and Universal Studios; her script Switched was awarded Best Screenplay at MovieGuide Awards. Boylan’s career isn’t measured by those accomplishments though, because she’s working hard through Women in Film and Ms. In the Biz to share her story with other women who want to make a difference in Hollywood.

“There’s a line I love in Catching Faith 2 from Coach Z: ‘At the end of your life, it’s not the accomplishments that make it better but the relationships,’” Boylan shared. “I just love that. How sad would it be if I didn’t have anyone to share these things with?”

Catching Faith 2 shows that the work that Boylan did writing the script with her sister Andrea Polnaszek and director John K.D. Graham for the first film resonated with audiences. Writing a new story allowed them to dive back into characters they already knew, who they already had a background with, considering the resolution audiences had been asking for between competing mothers, Alexa (Lorena Segura York) and Jezi (Boylan). The writers knew they needed to bring back the high school football star Beau, but with a limited budget, they couldn’t continue his story at Notre Dame (where he’d signed to play college ball) or professionally. They could however set up a series of events where their characters had to deal with life when their dreams were derailed.

“We had a three-generation story of women we wanted to tell,” the writer shared. “A woman carrying her mother while her daughter is getting engaged. Women have a hard time asking for your help, because they believe that they can do it all. How could Alexa be wife, mother, daughter, and work outside the home, too?”

Boylan knew that sense of loss and struggle with identity, from her initial pursuit of acting and the time she spent in New Mexico working with older adults for two years. She saw things there that reminded her of her childhood, watching how women wrestled with changing roles, whether it was caring for a child, caring for a parent, or navigating changes in careers or marriage.

Alexa’s mother has dementia as the sequel opens, even while she’s trying to get a job in a start-up company, re-entering the workplace as a forty-year-old. That’s something that Boylan experienced herself. She and Polnaszek watched as their mother cared for their grandfather in their home for ten years, refusing to put him in an assisted living home. Joyful and loving as the minister he’d been in his career, their grandfather could become angry in an instant as the dementia gripped him. It was hard to watch and hard to experience. Boylan knew it was a part of the next stage of life for Alexa.

“Dementia can be dark and hard to watch, and sad to watch as the person goes downhill,” said Boylan. “Where could we create comedy in the drama? How could we help people laugh but cry at the same time?”

Boylan recognizes that telling the story of a woman wrestling with changes comes from a different place when it’s told by a woman. She’s been pursuing those opportunities for herself and for others, ever since she returned to Hollywood. It’s why she’s founded the two companies she has, and it’s why she speaks to groups of young women in Hollywood about their opportunities. Women, Boylan says, don’t have jobs because they don’t get the chance.

“I tell them that if you believe in something, you have to go for it. If you’re authentic, you will reach an audience who needs it. We believed we could go and do something right; we believe God calls us to do this.”

With At Your Own Risk, written by her brother Andrew and directed by Graham, Boylan teamed with Helenna Santos for a road trip adventure in the desert. It was a self-produced, self-promoted film that gave the two leads an opportunity that no one else was going to provide them, with a story about two strong women on a treasure hunt.

“We did it ourselves,” remembered Boylan. “We don’t get scripts like that. We didn’t go to the desert and run around naked and talk about boys the whole time. No one is giving us those opportunities so we went out and took it.”

The writer, actor, and producer says that she has heard from women all over the world who resonated with her movies, whether it’s Catching Faith or At Your Own Risk. She hears from people who can relate to the career disappointments, or the changes in family dynamics, the struggles with a faithful response to difficulty or the setbacks in moving forward. It’s why she is committed to having more than half of the crew behind the camera be women, why having women in the writers room and behind the camera is so important to her. She is pushing other women to recognize that when they’re in a position to help others, that they look out for other women, too.

“We pitch to studios and men say to us that things won’t sell. I was a teen Christian girl with nothing to watch that was fun. But we are seeing spots in the market and we’re going to go fill them up. I follow Jesus and God puts things on my heart that I have to do. God is saying, ‘I have people who I want to speak to and I need you to do it.’”

The pastor’s daughter from Massachusetts has come a long way, to Los Angeles, to New Mexico, and back again. The journey hasn’t gone the way she expected it might, but she’s where she knows she’s supposed to be.

“It’s about living our lives, walking with Jesus. How do we live our lives like we know Jesus?”

One foot in front of the other. One step at a time.