Be a Neighbor That’s Inclusive 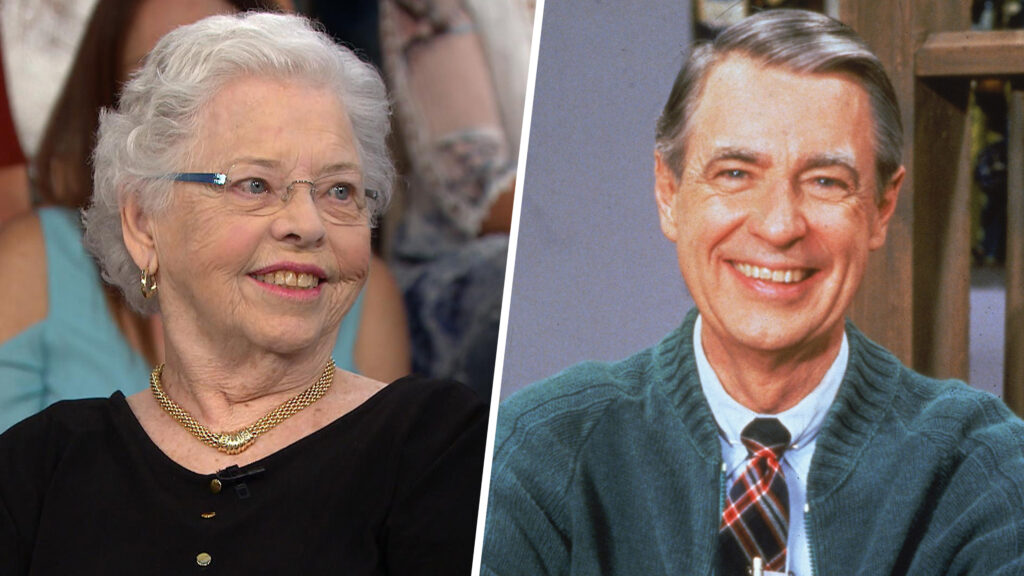 Joanne Rogers—The Mrs. Mr. Rogers—is as spunky and charming as you might imagine, and while her husband’s demeanor seems gentle to a fault, she has a feisty, matriarchal presence that requires only a serious eye and a few words to bring order and sense to the world.

I had the pleasure of meeting Joanne at Pittsburgh’s red-carpet premier of A Beautiful Day in the Neighborhood. The camera crews lowered their lenses to capture her 5’2 (if that), 91-year-old frame. Everyone whispered, “Aww, how precious!” and prepared to boost their audio volume for her, but when it was my turn to ask Joanne a big question, her answer was strong, brave, and anything but frail.

“Your husband’s message is kindness, the genuine kindness, because it comes from the heart. But if your husband was alive today, what specific message do you think he would have for the Christian Church of 2019?”

Even though I’ve already placed the microphone to her face, she’s quiet. Five seconds of silence seems long and awkward on a red carpet, but her eyes are steady. She’s thinking deep and hard. She wants to do Fred justice with this one. Another second or two passes before Joanne looks at me with those serious eyes and says, “Be inclusive.”

She bobs her head and signals that she has no further insight, no better explanation. “Be inclusive.” That’s it.

It’s that simple, and that is something that Mr. Rogers understood too. A Beautiful Day in the Neighborhood reflects Mr. Rogers’ kindness, the genuine kindness that changed a bitter investigative journalist’s life. It’s through this relationship between Mr. Rogers and Lloyd Vogel that we learn the tough truth that we can practice, learn, and near-master kindness. It might not be easy, because life doesn’t make most things easy, but at the end of the day, it’s in our hands to forgive others and make them feel like they still belong.

Sixteen years after his death, Mr. Rogers continues revolutionizing relationships by challenging our shallow perception of who should be judged and who should be forgiven; if we recognize each person as a special, God-crafted being, there’s no room for bitterness and balancing scales of who deserves what.

That’s not to say that Jesus didn’t come with a sword that divides His truth from the world’s lies, but in a 2019 Christian world that’s known most for division (Catholic Christians versus Protestant Christians, Conservative Christians versus Liberal Christians, etc.), perhaps including people, just making them feel like they matter, isn’t much different from The Golden Rule. And if The Golden Rule becomes our mantra, no one is ever left out.