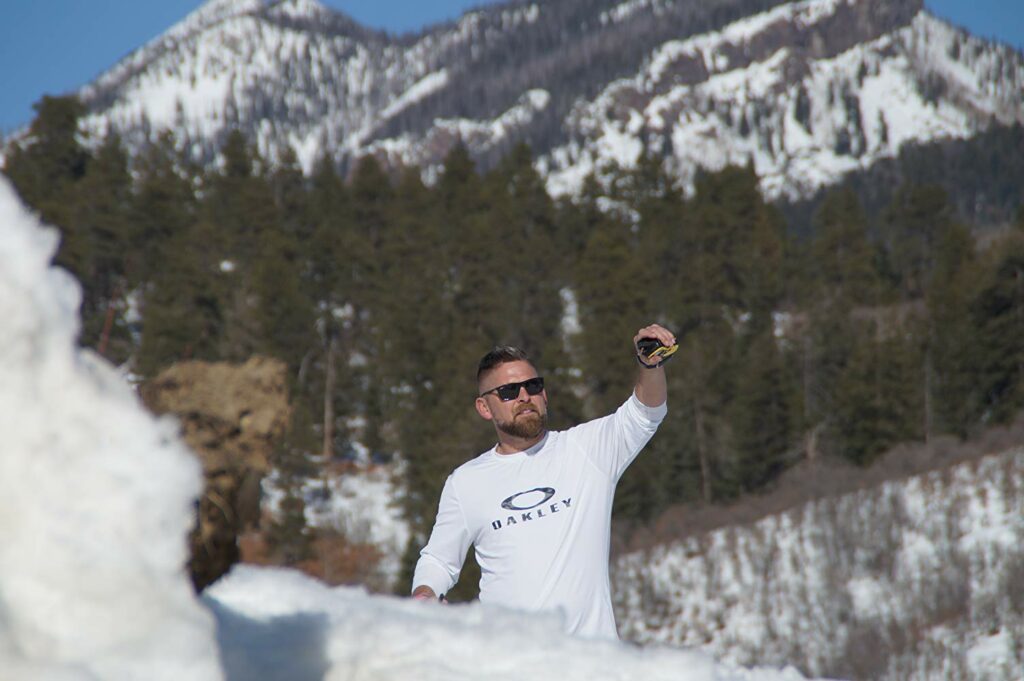 Brian Presley once directed game-winning drives for the Jenks High School on the way to a state championship in Oklahoma but more recently, he lead a filmmaking crew in sub-zero temperatures to finish a seven-year project. North of Durango, Colorado, five thousand feet above sea level, Presley wrapped all-night shoots in the middle of winter to capture authentic-looking shots for the real-life story The Great Alaskan Race. The film debuts on five hundred screens on October 25.

The veteran of the General Hospital spin-off Port Charles and several Hollywood films, Presley fell for the story of Leonhard Seppala and his husky, Togo. While he’d seen Balto, and realized Walden Media had its own plans for the story, the response in the early 1900s of Seppala to a diptheria outbreak captivated him.

“I approached Kurt Russell while we were filming [the football-themed film] Touchback,” remembers Presley. “He said, ‘first off, I’m not getting cold.’ Then he said, ‘If you see the vision for the film, then you should be the one to tell the story.’”

Knowing in his heart of hearts that he was called to tell the story, Presley approached the production of the film like he did big football games as the quarterback. He gathered the right team, found the right location, and set out to make the film as authentic as he could, in his terms, “leading the team to victory.” While he’d seen other films suffer in “the fourth quarter,” due to distributors’ demands, Presley founded his own company, P12 Films, to start and then finish the project himself.

Presley recruited his friend Brad Leland to play the town mayor, a mixture of toughness and “everybody’s grandpa,” he says. But he also added in Bruce Davison, Henry Thomas, and Treat Williams, who Presley said delivered everything that could have been expected of him.

In The Great Alaskan Race, Presley plays Seppala, a dogsled driver who realizes that to save his village, and his own child, he must embark on a dangerous three-hundred-mile journey in the middle of a blizzard. While modern technology, like the airplane, falter in the story, Seppala tackles hundreds of more miles than the next closest driver in the circuit, to get the medicine that the village needs.

“Leonhard and Togo are the forgotten heroes,” Presley proposed. “It’s ultimately a story about a man and his dog. He’s rough around the edges, but at the heart of it, he knew who he needed to trust even while everyone else is saying to use the latest technology. It’s the kind of independence that Alaska was built on. The credit is long overdue.”

Presley closed with this nugget from his research in Alaska itself. While visiting in the dead of winter, he encountered two villages playing each other in basketball. To play the other village in the midst of the snow, the visitors had to travel via bobsled. “It’s still a way of life up there!” explained the director, writer, and star.

While some things change, others remain the same. The story of a man and his dog taking on nature itself to save his own family, and his community, will always be worth telling. That’s the kind of story that Presley will keep telling, quarterbacking his filmmaking team forward to the finish.

The film has been awarded a Dove Seal 12+. Read the review here.