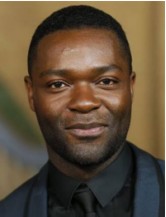 Oyelowo stars in the new Disney film as a Ugandan Youth Minister, Robert Katende, helping kids from Kampala’s slums learn to play chess and soccer. The story follows a young girl, Phiona, who Katende mentors as she overcomes poverty and illiteracy to become a Ugandan – and world – chess champion.

Dove: What first attracted you to the script and to the story of this film?

David: I think it was the fact that it was a film set in Africa that was positive. It flies in the face of the narrative I’ve seen so often, which exposes the darker side of life: child soldiers, corruption, disease. It’s true those things exist on the continent of Africa, but there has been very little balance brought to that narrative. The script centers on a young girl who lives in a slum and goes on to become a chess champion. And she’s aided by a man in a functioning marriage who loves his wife and his kids, but also has to make sacrifices for these children he is trying to help. It is an amazing story that’s truly universal. Just the idea that a young girl in California could watch this film and relate to a young girl in Uganda – that was very powerful.

Dove: The actors, including Madina Nalwanga (who plays Phiona), didn’t have much training, and on top of that were from a totally different culture — plus, they must have been a little star-struck by you. How did you approach working with them?

David: There was something so incredibly refreshing about working with them. None of them had done a film before, and most had never actually seen a film on the big screen. Uganda only has four cinemas in the entire country, and to go to a film would cost their parents a month’s wages. So we had these kids who had never seen films before coming at this from an unaffected, fresh and truthful place. A lot of them had actually been coached [at playing chess] by Robert Katende, who I play in the film, so they were in an environment that they knew. The task was more for Lupita [Nyong’o, who plays Phiona’s mother] and I to get on their wavelength than the other way around. That was incredibly refreshing.

Dove: You’ve worked on a lot of major studio productions. What was it like transitioning to Mira Nair’s more “cinema verite” style of filming, especially in the locations where the true story actually took place?

David: Every film is different, every filmmaker is different. That’s one of the joys of being an actor – inhabiting the environment each director creates that will fulfill their vision. Mira creates an environment where life can be lived out in front of the camera in a truthful way, so it feels incidental that the camera has an opportunity to capture it. In Queen of Katwe, the environments were real, the kids were real. We shot a scene in a working marketplace with real people, just going about their day. The camera was able to capture that reality, and I think you can see the richness of that.

Dove: This isn’t your first time playing a prominent man of faith. How do you approach playing a character that is fundamentally such a faith-driven hero, while still giving the man a dramatic arc and allowing him to grow?

David: It’s only hard if it isn’t there on the page and you’re having to imbue the character with those qualities. That to me is when the character could be dismissed as being agenda-ridden. When, in the script, the character’s faith is integrated in the way I know my faith is integrated in my life: I live my life, and my faith informs my decisions. I think that is embraced by a broad audience because it does not feel imposed. The characters I have played for whom faith is a part of who they are feel truthful and satisfying in the same way. Robert [Katende] works with orphaned and abandoned kids. His ministry helps these kids with focus and education through chess and soccer. It’s a means of keeping these kids off the streets and funneling them into the education system. Yes, that desire is driven by Robert’s faith as exemplified by Christ, but it is not heavy-handed. As with anyone living with faith, it comes out in what they do, not what they say.

Dove: You previously told Dove that you felt called to move to Hollywood so you could make an impact through your film career. How have you seen that impact in Hollywood, both on and off the screen?

David: I have seen in the films I have done a level of understanding that can break down prejudice. If you don’t know that Dr. King was as human as you or I, you can excuse yourself from impacting your own community. We can all be stuck thinking, “Oh, only great people do great things.” And yes, Dr. King was a great man, but I think we also managed to show that he was a very flawed and ordinary man. That shows us something that everyone can relate to. Once an audience understands that great people can also feel ordinary, it empowers them to go out and do great things. Robert Katende is an ordinary man doing great things, things that are very doable for anyone and everyone. Even if not in the same way or on the same scale, we can all reach out to a young person who we see potential in. Fathers can encourage our kids to see their best selves. Kids can look at Phiona and see that yes, they can achieve a dream. I don’t always see the impact of what I do visibly, but people write to me, or they see me in the street and talk to me about the effect these films have had on them. You can only hope it goes way beyond. That’s the amazing thing about films: they have this incredible life, they carry messages so far and so long, and to so many people. That is my hope, at least.