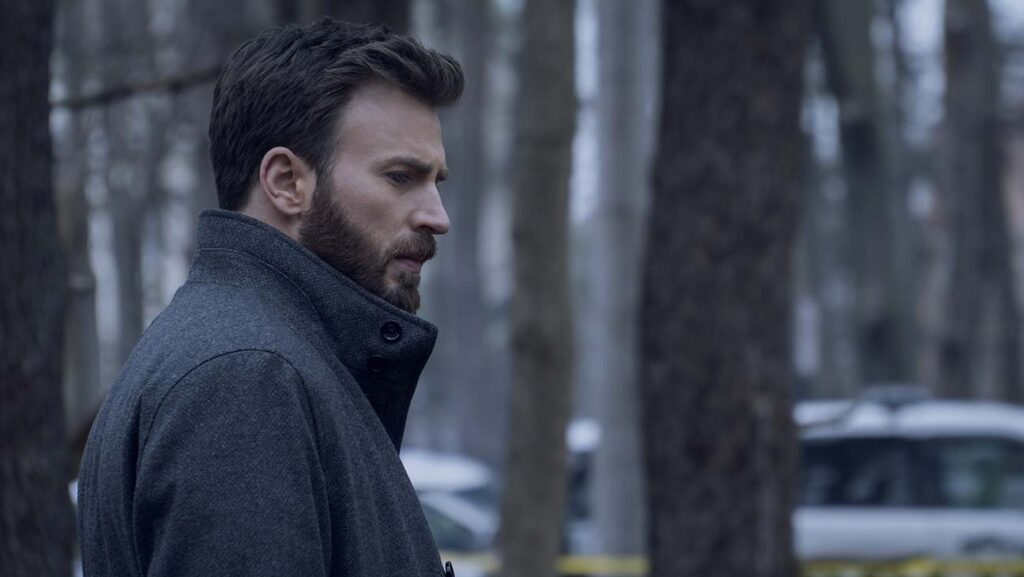 Chris Evans has a beard – maybe the same one he grew for the end of his illustrious run as one of the major faces of the first three Phases of Marvel’s amicable takeover of theatrical universe – but he’s walking around, rather gloomily, in an actual suit, not the red, white, and blue of Captain America. Like Chris “Thor” Hemsworth, who debuted this weekend on Netflix’s battered and bloody Extraction, Evans is reinventing himself with a new type of performance, this time as district attorney Andy Barber, whose son Jacob has been accused of murdering a classmate at his ritzy New England school in Apple TV+’s Defending Jacob. Evans’ Barber still wants to dash in and rescue his loved one the way that Cap would, but his confusion over his son’s innocence or guilt torments his decision-making in ways that patriotism never bothered the First Avenger.

In his role as parent, Evans is joined by Downton Abbey’s Michelle Dockery, who plays Jacob’s mother and crusader for abused children, Laurie Barber. The two of them will find their marriage and parenthood put through the fires of the crucible over the course of this Apple TV+’s eight episodes, based on the William Landay’s award-winning 1992 novel. The star of It and Knives Out, Jaeden Martell plays the titular character, who may be an aloof kid or a knife-wielding murderer or … something in between. 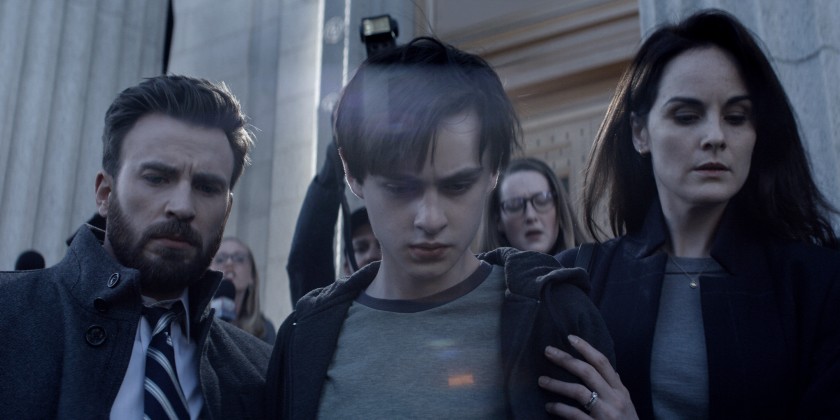 Having never read the Landay book, I’ll point out that the creators have proposed they’ve tweaked the series enough to keep fans happy but that they’ve also changed things around. Mark Bomback adapted the novel for the screen; his scripts run the gamut from superhero flicks like The Wolverine to the Total Recall reboot and a few of the latest Planet of the Apes films with Netflix’s Outlaw King and The Art of Racing in the Rain more recently. The developments the audience can see in the movement of the characters through their paces reflects the thrilling aspects of the mystery (Who did kill the teenager?) but they’re especially focused on the breakdown in the Barber family, and the way that Andy gets angry and Laurie gets sad. (Martell is spectacular at keeping sympathetic feelings flowing while also being just the right degree of odd that the audience is kept off-kilter.)

While this isn’t the first series or film to try and unpack the way that parents would respond to accusations against their child, Morten Tyldum’s (The Imitation Game) direction takes us from the happy Barber home life prior to the murder and descends us quickly into the darkened melancholy of their tortured souls. Pablo Schreiber plays Barber’s attorney rival to the hilt, while the more sympathetic Paula Duffy (Betty Gabriel) works the case for the police, allowing the audience to see the development of the case while remaining open to the feelings that the Barbers are wrestling against, often unsuccessfully. Does Andy’s disposal of a knife prove guilt or merely show the lengths a father would go to protect his son? Does withholding information make the motives more suspicious or is it just a wily protector looking out for his child in the midst of a system stacked against him? Both Andy and Laurie take major hits in the community, and in their professions, because their son stands accused. 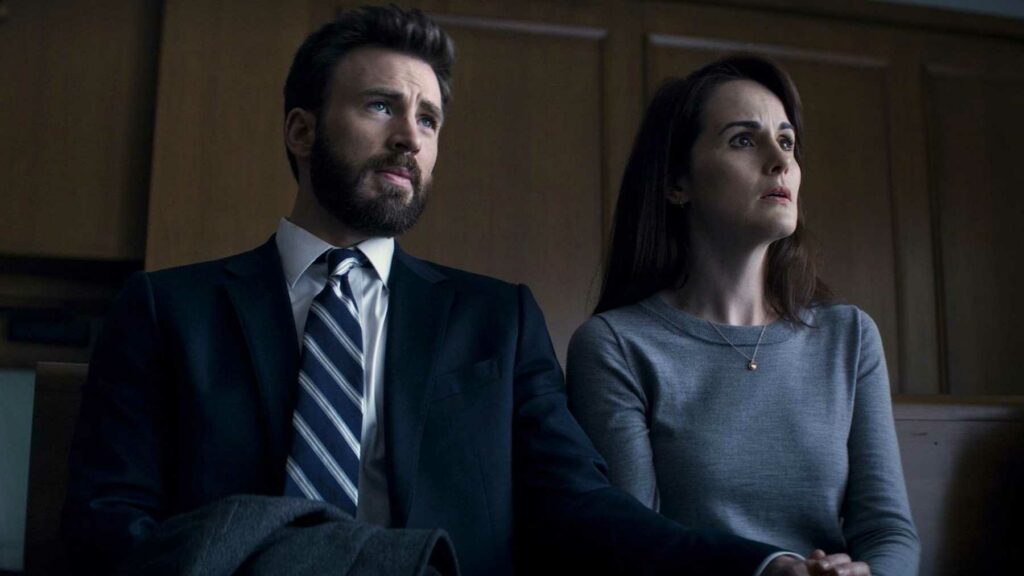 This is a murder mystery, and a character study in the way that parents handle their children growing up (and acting out, in whatever way they do). The first is entertaining but the second is intriguing in a different sort of way, because it demands that the audience consider how it would respond if faced with the same information. It’s not a question of whether the audience is sure or not of Jacob’s guilt but how the individual or couple watching would respond if it was their child/sibling/parent who stood accused. At what point does the truth matter more than the care a person has for the person accused? At what point does a parent or loved one have to look at the situation and consider their level of responsibility in what their child did or does? What happens when we step back and look at nature versus nurture (behavioral genetics and the “murder gene” come into play), free will versus situational ethics, justice versus mercy?

Watching Defending Jacob, the audience is forced to consider its own motives and tendencies before it ever gets any kind of closure. And while the show might wrap up questions raised about the plot, it refuses to let go of the questions it has stoked in our own consciences about the way we approach our decision-making and our influence on others. We owe it to ourselves to make decisions that reflect well on our faith and beliefs, for ourselves — and for our children.

Audiences should be aware that the show reflects violent content and disturbing themes, that profanity is infrequent but harsh, and that the Lord’s name is periodically taken in vain, making it impossible to approve from a Dove perspective. The questions it raises may be fruitful for mature audiences. The first three episodes are available now, and an additional episode will air each Friday for the next five weeks on Apple TV+.