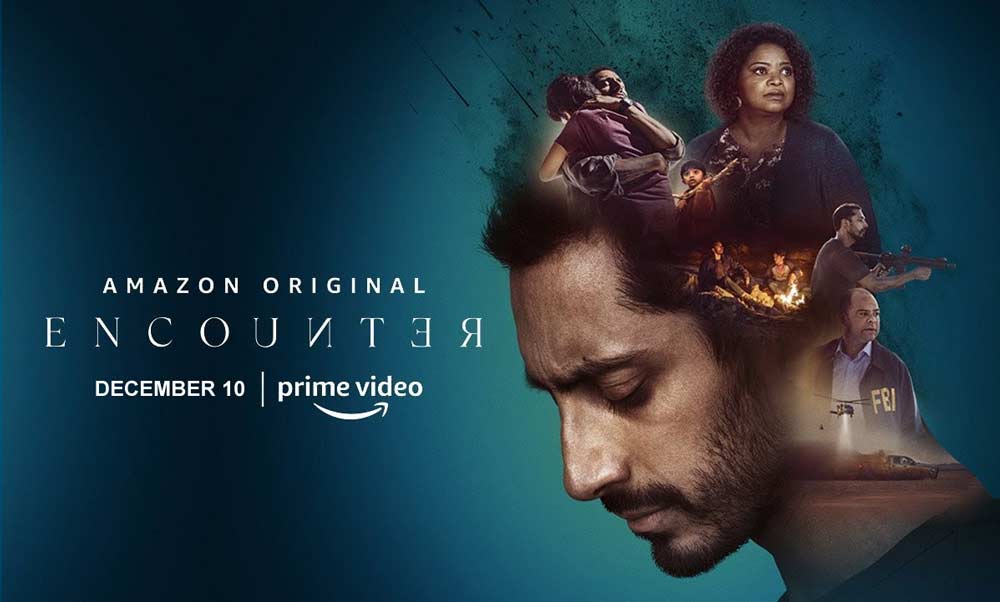 Malik Khan (Riz Ahmed) has served his country on multiple tours abroad, but his return home has carried with it a dishonorable discharge, a divorce, and estrangement from his two sons. At the middle of the night, Khan enters his ex-wife’s home and encourages his sons (Lucian-River Chauhan and Aditya Geddada) to play a game where they see how quickly they can make it into the car. Khan tells them that they have to stay ahead of the alien invasion that’s permeating the world through insect-like creatures, and off on a road trip of unknown destination they go.

Encounter is rated R for language and violence. 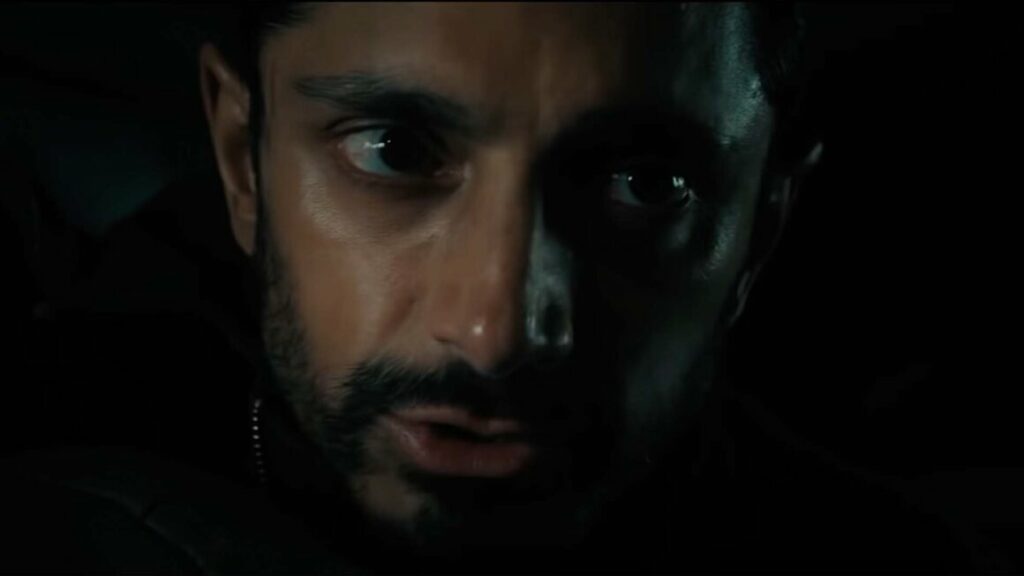 Director Michael Pearce’s film has sci-fi elements not unlike the father/son film Midnight Special where Michael Shannon’s father figure is determined to keep his son safe from those who chase them. While Midnight Special doesn’t show us all of its tricks until the end, Encounter only waits about halfway through to let us in on major shockers about Khan and the viewpoint that the audience has as its primary eye of the world. Regardless of what is actually going on here, the audience can see that the relationship between the father and his sons is worth protecting, paramount to the future.

Malik Khan isn’t what society thinks of as a good guy. He’s guilty of kidnapping his kids. But he thinks he’s protecting them. He thinks that what he’s doing is keeping them safe from the alien invasion, even if everyone else is focused on the fact that a dishonorably discharged vet who they’re fairly certain is unhinged has taken two children from the home where they live. Yes, this is science fiction – but it’s also about mental illness and how society receives veterans who have seen an overwhelming amount of content that is neither good for their souls or their minds. It forces the audience to ask, is he mentally ill and loses his kids or does losing his kids make him mentally ill or does serving the military that way lead to his mental illness that causes him to lose his kids? Khan might be crazy but he absolutely adores his sons and wants to do the best he can to teach them about life and keep them safe from harm. 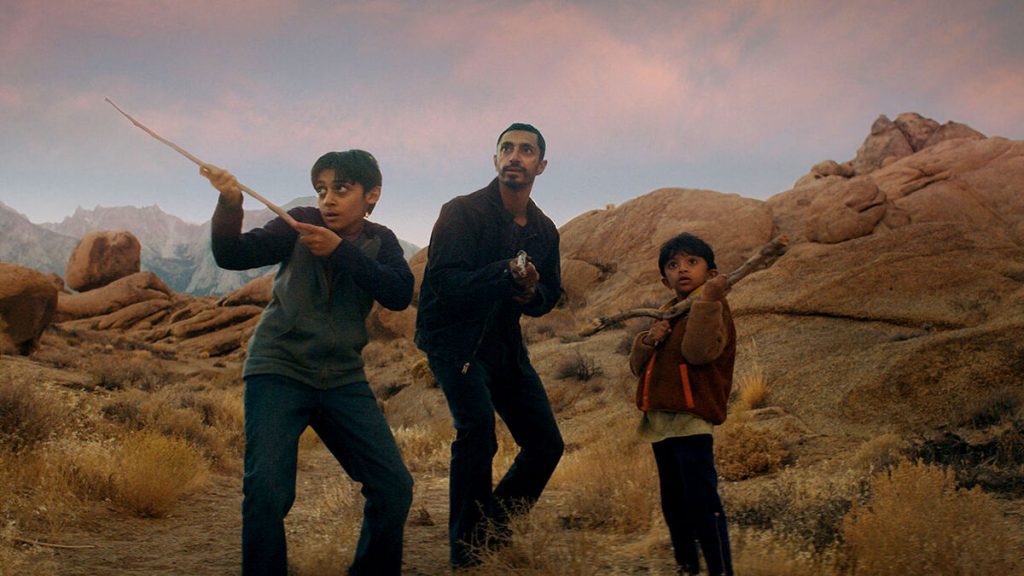 Encounter feels like a parable take on “just because you’re paranoid doesn’t mean they’re not out to get you.” Khan’s survival skills do keep his children alive against ridiculous situations but the monsters that are the most terrifying are human, twisted by what they’ve believed to be true about their world and how they can respond to what threatens him. This is about fear, and power, and violence and … a loss of humanity. But the irony is that for all of his brokenness, Khan might be the most human, the most pure of the adults that Khan’s kids encounter on this crazy road trip.

Without the two boys, the film would only be intriguing because Ahmed is completely all-in on Khan. But with the boys involved, questions rise about how we expect fathers to behave, what role fathers should play in the lives of their children even if they’re not perfect, and what boys pick up from watching their fathers. Encounter definitely says that boys pick up violence from their fathers (that’s highlighted in several dynamics), but it also shows that they understand heroism, sacrifice, and goodness from their dads, too, if their fathers will show them.

While not a Christian film, Encounter challenges men of faith (adults in general) to set up and be responsible for their emotions, words, actions, and influence in the lives of their sons and daughters. At some point, it may be too late to change, but we are called to faithfully raise up the next generation, both ours by blood and by responsibility.