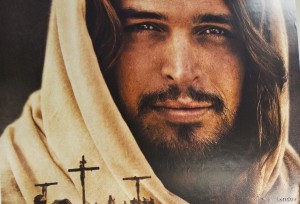 “Son of God,” the movie premiering nationwide on Friday, “has a lot of love for Jesus and it’s going to get people to open up their hearts and minds to who Jesus is,” said Dr. Ted Baehr, chairman of the Christian Film and Television Commission.

The film from wildly successful reality television producer Mark Burnett and his actress wife Roma Downey, both devout Christians, builds on the runaway success of their 10-hour television miniseries “The Bible,” which drew more than 100 million viewers and continues to be watched around the world.

“I think this movie is going to do extremely well at the box office,” Baehr, a film critic and publisher of Movieguide, told Newsmax.

The PG-rated film comes 10 years after Mel Gibson broke new ground with “The Passion of the Christ,” which offered faithful and secular viewers a raw and modern depiction of the Christian story of Jesus, while earning $612 million at the box office.

“Christian movies are strong,” Baehr said, noting that the average Christian film earns about $100 million while a non-Christian movie averages about $7 million. “Hollywood, for many years now, has been shown that movies with Christian faith and values do better at the box office.”

Filmed in Morocco and directed by Christopher Spencer, “Son of God” launches from the New Testament Gospel of Mark, telling Jesus’ story through key moments in his life and crucifixion and continuing through his resurrection.

Downey stars as Mary, the mother of Jesus, but the cast features relatively unknown actors, including Portugal’s Diogo Morgado in the title role.

“This really is a love story — the greatest love story ever told,” Downey said as she took to morning television to promote the film.

Morgado, in an appearance on “Kathie Lee & Hoda,” described the storyline as “all about love and passion and optimism. It is a political thriller as well. The thing about this movie that I really enjoy is that it is an epic, but it’s also a really personal and up-close story.”

But playing Christianity’s Savior, he added, was daunting.

“I was in a panic, because I knew the responsibility,” Morgado said. “I went to Jerusalem. I felt the importance of the story.”

Writing on the Dove Foundation’s website at www.dove.org, movie reviewer and editor Edwin L. Carpenter said the film will take viewers “on a powerful, compelling, and in the end, spiritual journey.

“I found myself spiritually stirred as I watched this movie,” Carpenter wrote in his review. “The brutality of the Crucifixion reminded me of what Christ willingly endured to redeem the lost. It renewed me.”

Churches around the country are renting theaters to make sure the movie is available for their faithful. Noted Pastor Rick Warren of Saddleback Church in Lake Forest, Calif., has rented eight theaters in Orange County for a screening.

The film, which has a newly released iTunes soundtrack, has received endorsements from well-known ministers, including Cardinal Donald Wuerl, the Archbishop of Washington, D.C., Bishop T.D. Jakes in Dallas, and popular television evangelist Joel Osteen.

Producer Burnett told Newsmax he is hopeful about the movie’s power to evangelize to a broad audience.

“We believe in the decades to come, people in remote places will find Jesus through watching this movie on their iPhones,” Burnett told Newsmax in an exclusive interview.

“People in developing countries are getting telephones before they’re getting televisions. And they can watch this, in the decades to come, on their phone.”

Burnett’s television ventures including “Survivor,” “The Apprentice,” “Shark Tank,” and “The Voice” have enjoyed great success. He said some people discouraged him from bringing a Bible story to the masses. But he was buoyed by the longevity of “The Bible” miniseries, which is still running strong in the international market a year after it premiered in the United States.

Conrad Ostwalt, a professor who studies religion and the secularization of popular culture as it pertains to film, literature, music, and art, said “Son of God” has great potential for success in a society that has become more secularized than ever over the past few decades.

“We don’t see in the news or in our political leaders an overt religiosity that we may have seen a half a century ago. Maybe the popularization of religious films signals a new outlet for meeting spiritual and religious needs of society,” said Ostwalt, department chairperson of american religious traditions, religion and culture in at Appalachian State University in Boone, N.C

Recent films in the marketplace, like “The Passion of the Christ,” have departed from the movies of the past such as “Ben-Hur” or “The Ten Commandments,” Ostwalt said.

“If you look at those now, it seems so sanitized. With the new films, the characters are dirty, we see Mary in labor, birthing Jesus. It has this kind of earthy reality and maybe we relate to it better for that reason,” Ostwalt said.

“The cynical part of me says Hollywood finally realizes they can make money off of this market,” he says of religious films. “I feel certain that is part of it.”

Baehr, in his organization’s “2014 Report to Industry,” cites the power of religious filmmaking.

“Movies with very strong Christian, redemptive, biblical, and moral content and values did much better at the box office in 2013 than movies with excessive foul language, sex, nudity, violence, alcohol use, and illegal substance abuse. Thus, movies with strong biblical and Christian worldviews and content were some very big money makers,” he wrote.

Movies about Jesus have long been popular in Hollywood, with 130 made since 1897, says Baehr, who calls 1927’s “King of Kings” a great film and one of his favorites.

Baehr said his organization hopes to make sure a beautiful message is not lost: “We want people to see how much more rich the Gospel is — even more exciting than the movie.”