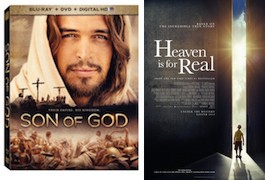 When the Christian-themed indie film God’s Not Dead pulled in $8.6 million from just 780 theaters during its opening weekend in late March, many in the industry were surprised.

Not Michael Scott, managing partner of Pure Flix Entertainment, which produced the film (for around $2 million).

“Christian-themed films have always had a strong niche, and as faith-based entertainment hits the mainstream market in larger scales, the mass media is starting to pay more attention,” Scott said. “We were confident God’s Not Dead would do well, yet [it] performed better than we imagined ($49 million at the box office as of April 23). We’re humbled by its success and grateful to see how Hollywood has responded.”