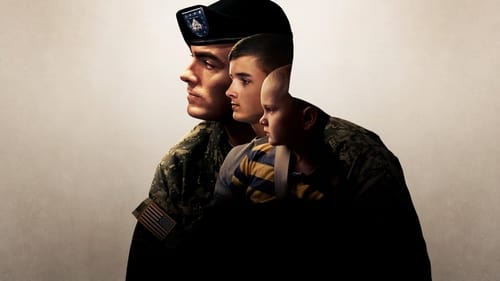 Father Soldier Son may be the most gut-wrenching film about war that I’ve ever seen, even though very little screen time is devoted to wartime scenes. In fact, the film receives an R rating primarily for language and some thematic discussions, rather than anything the audience is shown. So what makes it such a powerful film?

Directors Leslye Davis and Catrin Einhorn spent ten years following single father and platoon sergeant Brian Eisch and his two young sons, Isaac and Joey. The hours and hours of footage that they culled to make this 99 minute documentary captured two notable events and countless conversations, some deep and some trivial, but all revolving around the weight of expectations and the weight of what makes a man.

Eisch explains clearly that he wound up in the military because his father wanted a military kid and he was the last one, so it fell to him. Watching their father, Isaac says he wants nothing to do with the military having watched what’s happened to his father and Joey says he can’t wait to go carry a gun, fight people, and “do cool stuff.” After Eisch returns to full-time fatherhood after losing a leg to an enemy attack, the audience watches as he struggles with his own role as parent – and his loss of purpose as a soldier. He’s painfully hard on his sons, and even finding new love doesn’t soften that. 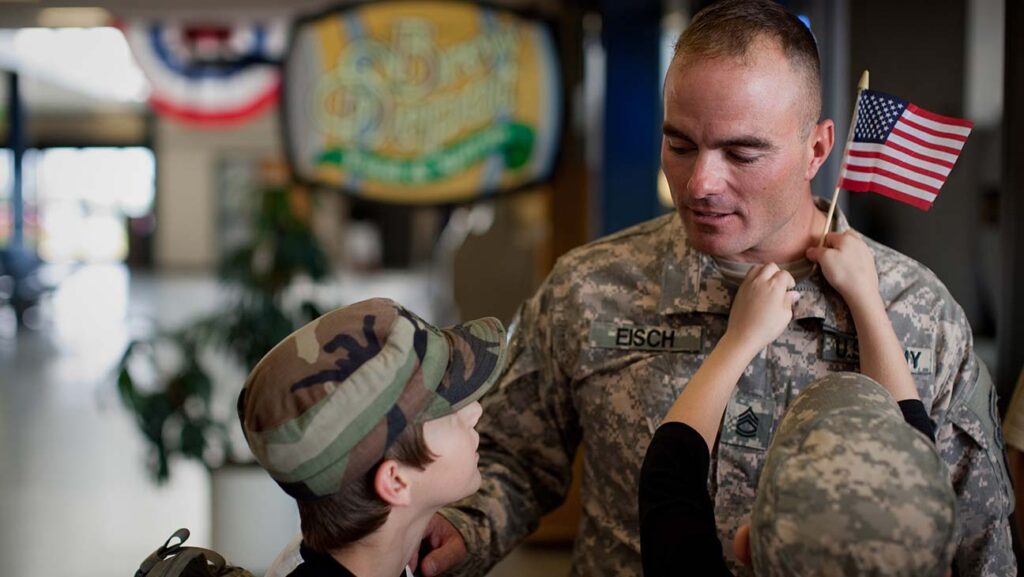 But – and here comes the doozy – tragedy will exceed all expectations with the Eisch family. It’s a gut punch in a movie that has already raised questions about what it means to be a man, how fathers should raise sons, and what cost war has on a family. It is not for the faint of heart.

I was left wondering how my own children would talk about me on camera if I wasn’t around, and how well I am doing at raising two young men to love family and Jesus. What do my words say? How do they compare to my actions? And if it was all stripped away in an instant, what would my sons cling to in the aftermath?

Father Soldier Son is devastating and powerful, and necessary for both those who believe that defending their country means taking up arms and those who have no idea what real sacrifice in the military looks like.