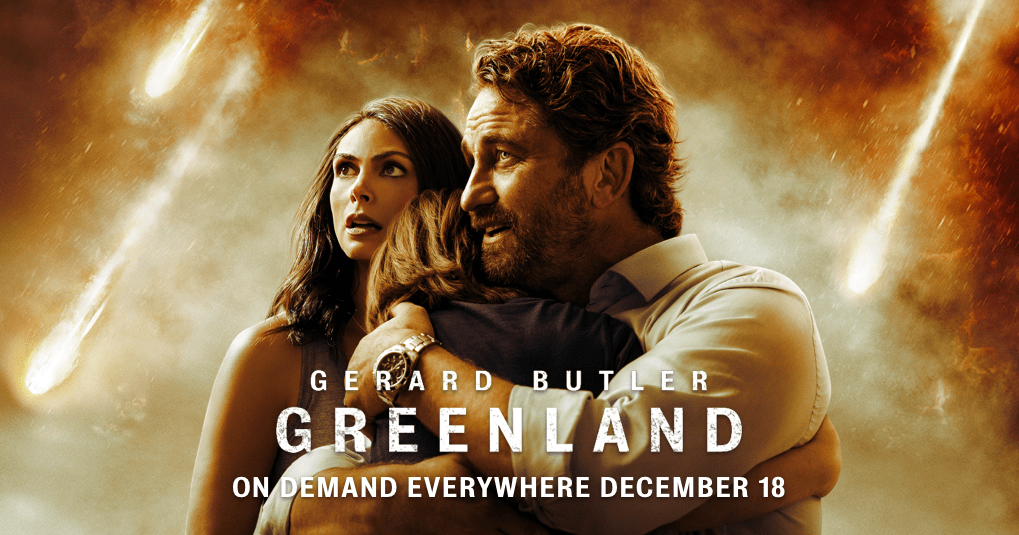 Gerard Butler teams up again with Angel Has Fallen director Ric Roman Waugh in the disaster flick Greenland, as a comet impacts Earth, causing widespread death and destruction (with no Bruce Willis available to stop it). In an organic, intimate view of widespread crisis, the film shines a light on the best and worst of what humanity has to offer. Thrilling, thought-provoking, and ultimately, hopeful, the film ranks as one of the best 2020 has to offer.

John Garrity (Butler) works hard at a construction/engineering job, while dreaming about the day when his family, with wife Allison (Morena Baccarin) and seven-year-old son Nathan (Roger Paul Floyd), will be re-assembled. For whatever reasons, the Garritys are living apart, but come together for a neighborhood watch party as the comet hurdles toward Earth. When the comet strikes, presumably closer to Earth than scientists predicted, a systematic call to save some people, by lottery, sends the Garritys toward military evacuation. But Nathan’s diabetes throws a wrench into this plans, and the family is left scrambling to survive.

Like several other films before it, and certainly like Songbird, Greenland sets the family dynamic against the backdrop of the traumatic events. While not particularly invasive, it shows the way that when push comes to shove, when the rubber meets the road, whatever colloquialism is preferred, the marital issues facing the Garritys are overwhelmed first by immediate preservation and secondly, by the love they have for each other. Ironically, they exemplify the best in humanity, overcoming their issues out of a desire to survive, while other humans’ sense of self-preservation actually shows off a darker side.

With brutal, organic decision-making, the audience sees the way that humans react when stressed. Some humans accept their fate after not being selected; others fight back, at great risk to themselves and others. Some want to take the wristbands from others, choosing to see themselves as more worthy than those who were selected. Some would break any acceptable moral code to preserve their own lives, even ignoring other existing bonds to stay alive. While the human condition is a multitude of factors, Greenland puts the focus on the best as those who would sacrifice themselves to save others. 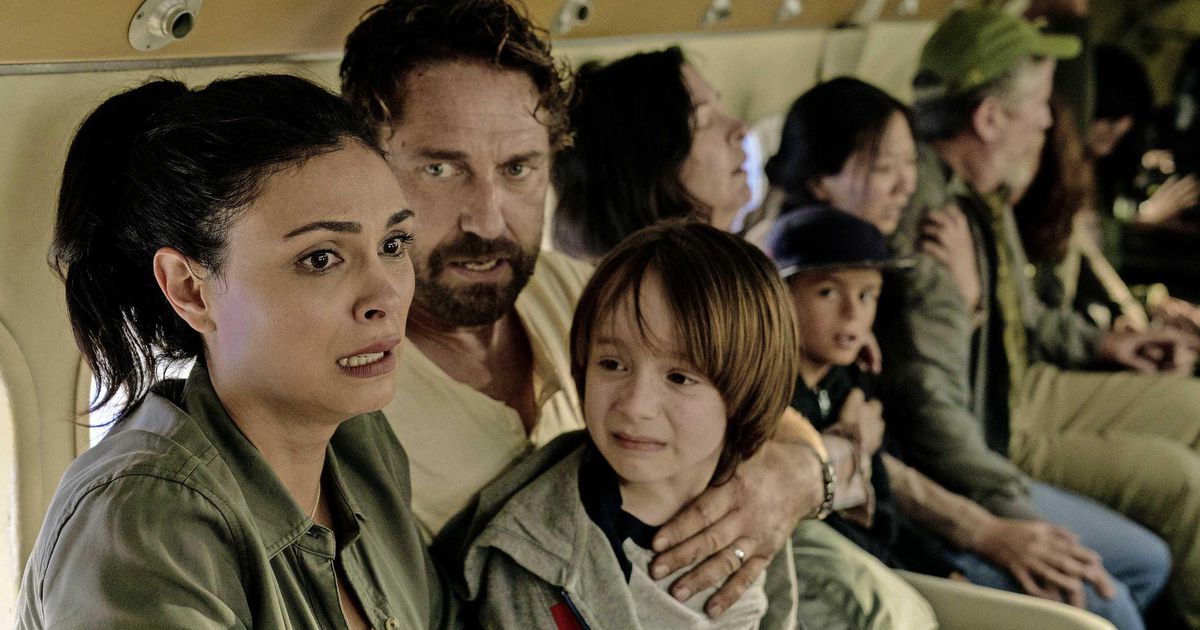 Waugh’s direction and Dana Gonzales’ cinematography lend to the intimacy of how the audience sees the struggle. On one hand, this is a global, all-encompassing situation; on the other, the camera doesn’t stray far away from the intense emotions that the Garritys experience. Yes, there’s a fair amount of CGI here, but it’s not bombastic in a Michael Bay sort of way, but rather, it’s more quietly intense in reinforcing the acting that Butler, Baccarin, and others provide to highlight the raw human emotions of the situation.

Overall, Greenland’s intensity and language prevent it from being appropriate for all ages, but mature audiences will recognize the way that the science fiction or fantasy elements of the story draw the audience in, allowing them to consider what it would look like if they were the ones forced to make these decisions. Would the best in humanity show up, or the worst? Where would society exist, in a state of selflessness or selfishness? It’s another example of how trauma brings out our true model, our actual heart — will we hope for a better day and work together, destroy anyone to get ours, or crawl up in a hole and give up? 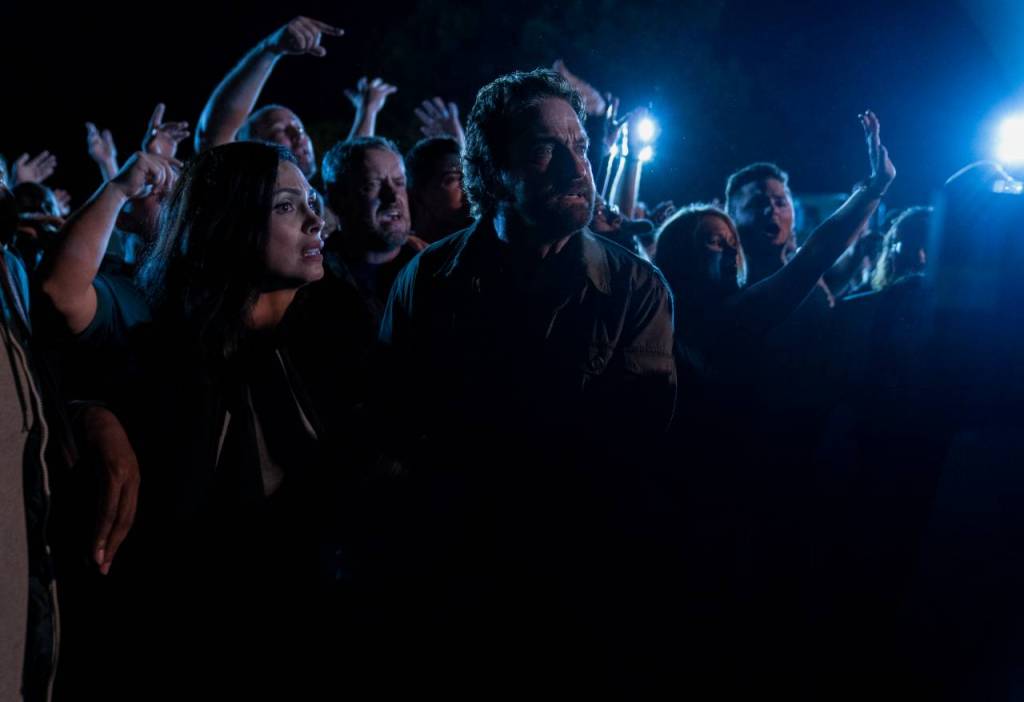 We probably won’t know until we find ourselves up against something that massive, that traumatic, but in the meantime, in the little things, we can practice being the kinds of people that God created us to be.

Greenland is available via PVOD on December 18.