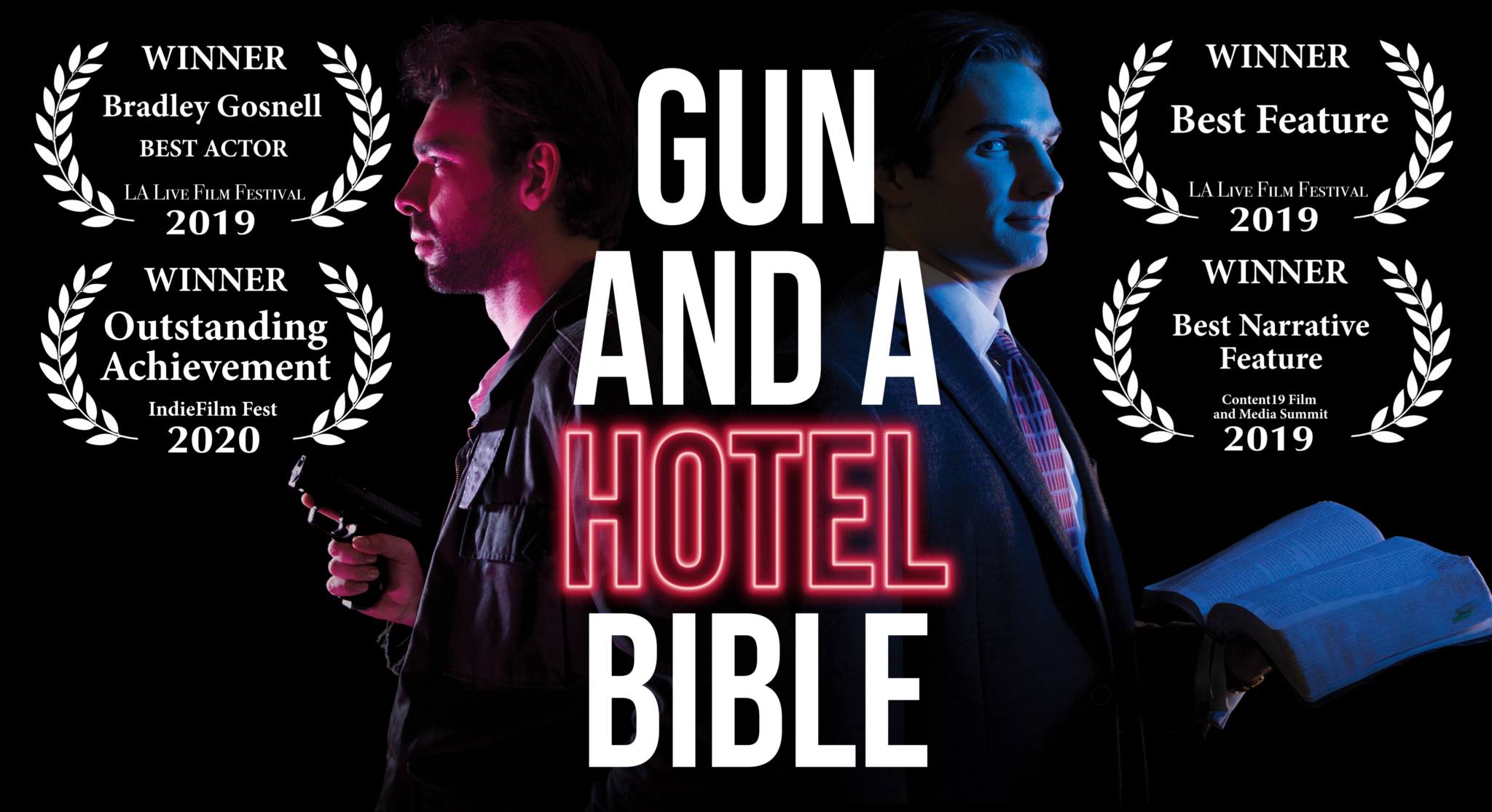 One night, a man named Pete (Bradley Gosnell) enters the hotel room where Gid (Daniel Floren), a Gideon Bible, exists, waiting for hotel guests to interact with him. But on this night, Pete has a gun and bad intentions, based on a dream relationship that has broken down, and Gid will face the questions that haunt all of humanity. Where is God when it hurts?

What we learn about Pete over the course of sixty minutes provides us with more than enough evidence to help us identify his pain. His religious upbringing, his disconnected family, his romantic relationship’s destruction – we can relate to the different questions, the absolute anger, the reactions he has to Gid’s arguments. There are some elements of life that can’t be explained away, but that cause us to have to choose (or not choose) faith. Pete is in that moment, the crucible, as he speaks to Gid.

The way we see the Bible – the word of God and the Word of God, the historical depiction of events and the moral teachings of Jesus, the Old and New Testament and the living existence of Jesus – all of this gets dramatically explored in the way that Pete and Gid interact in this cramped hotel room. How we think about the Bible as people of faith AND how we use the Bible to speak to those who are struggling (whether believing what we believe or not) gets a critique here. Sometimes, we need to be more Job’s silent friends sitting shiva over his life and less the know-it-alls who try to act like we have an answer for things we clearly don’t…

Directed by Raja Gosnell and Alicia Joy LeBlanc, the film’s claustrophobia (99% of it exists inside of the hotel room) makes us feel the tension palpably, as both Pete and Gid know what is at stake. With life on the line, the audience can see that if Pete doesn’t change before he leaves the room, that his life will never be the same. People of faith can feel the angst of the struggle, having been in conversations where their words didn’t feel adequate, or even enough. People who have been hurt by the church can recognize that the questions they’ve had are universal, not cut and dry, not easily brushed aside – that they are not alone. 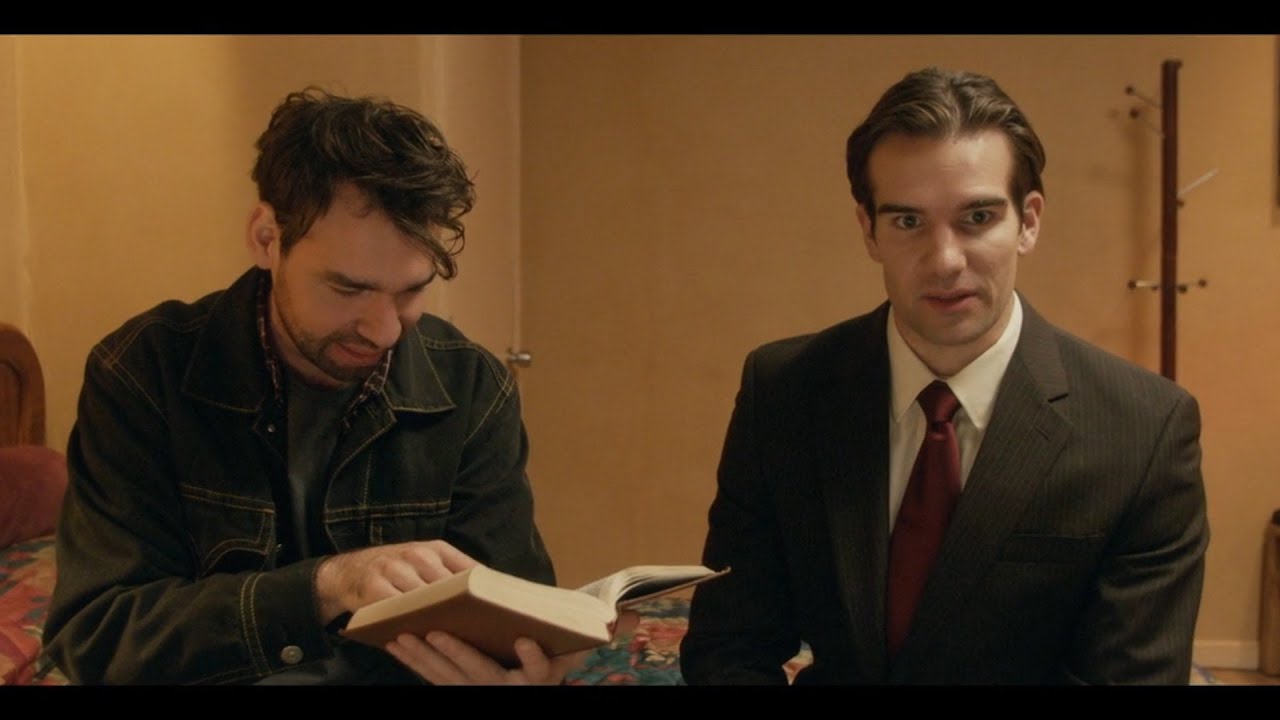 That may be the beauty of Gun and a Hotel Bible, that the film works on so many levels, just like the Bible. It’s the Word of God and words written down by humans; the story of God and an arrow to the Word of God that is Jesus; it’s historic and still moving. And it requires those who read it to make a choice and determine how they’ll respond.

Gun and a Hotel Bible has intermittent strong language meant only for mature audiences, along with a gritty exploration of the real hurts people experience.