Holy Hot Mess Author Gets Honest About Her Life 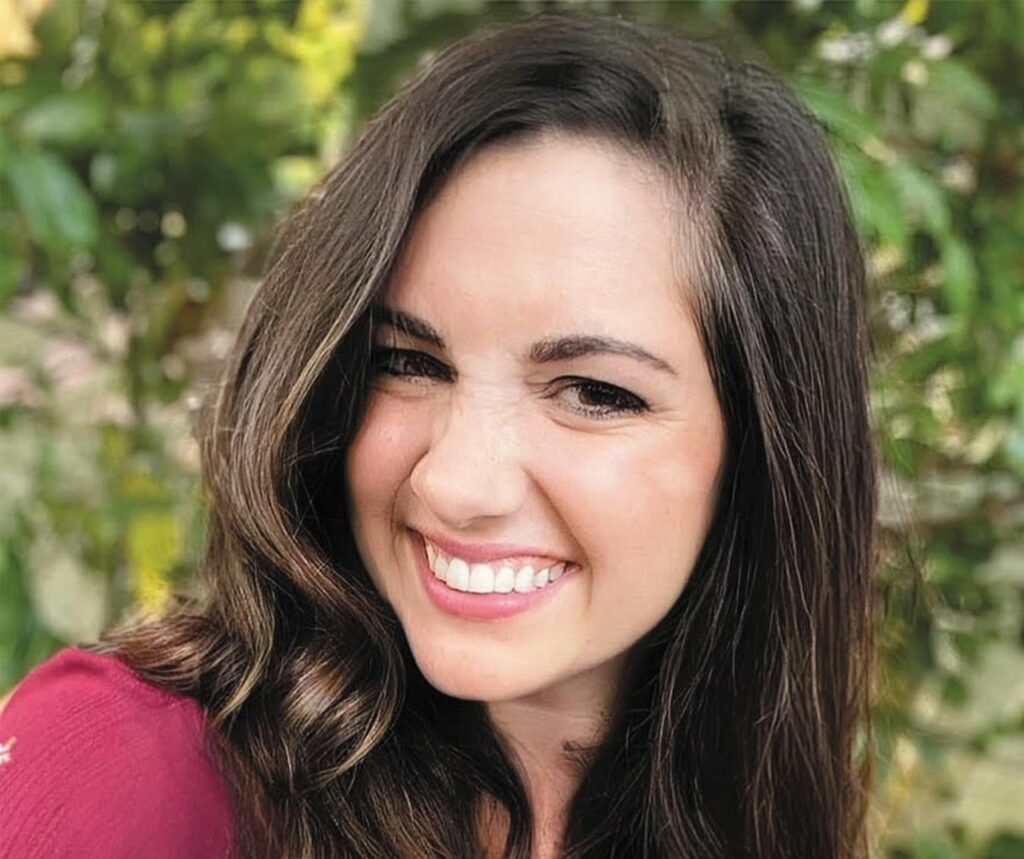 In December 2019, Mary Katherine Backstrom was feeling the Christmas spirit. She paid for the purchases of the woman standing in line behind her at Wawa, and walked outside to find a man washing the windows of her car. Thanking him profusely, Backstrom even hugged him, before realizing … that it wasn’t her car! Vlogging (video blogging) about the moment from her car, she laughed at herself and recorded a video that went viral. After eighty million views, Backstrom’s video earned her an invite to The Ellen DeGeneres Show. In her late thirties, Backstrom has been successfully blogging and sharing positivity for years, but her brush with Ellen broadened her platform, and led to her writing. With the release of Holy Hot Mess, Backstrom watches as her platform continues to expand.

The wife, mother, and blogger believes that her willingness to discuss her own flaws is what draws people to read, listen, and watch her. “I think it’s that I lead with my brokenness and bring my mess to the table,” Backstrom said. “People are craving authentic community in a world where social media is curated highlight reels. I tell stories about messes and that’s what people are craving.”

On her Facebook page recently, another woman posted about her experience with other groups of women. The Facebook user complained that all of her experiences involved women treating women badly. Often, a person articulating those feelings is either ignored or shamed, but not on Backstrom’s page. Instead the group responded conscientiously and gracefully.

“I wasn’t sure what the person was really aiming for,” admitted the writer. “It’s hard to tell if the way people were presenting themselves is really who they are. Are they just kicking up some sand, creating a diversion? Her experience that all women are mean, well, I know that it can make you distrustful. But meanness doesn’t have a gender. It hurt me that she had written all women. It’s important to see community with other women positively.”

But Backstrom’s platform isn’t always serious and difficult. Recently, she’s been sharing reviews of Holy Hot Mess, and found one that said it had been written by a cat. She named the cat Luna Lovegood (from the Harry Potter franchise) and entertained her audience by asking them to come up with another name for the cat, if they could. “I was having a hard time picking which reviews to share, but I know that positive reviews generate sales. It was a review with a cat – a cat who looks super quirky, but amazing -so I said, that’s a Luna Lovegood cat. I was late to the Harry Potter game, but my husband introduced me to it as a book on tape in college while we rode from Birmingham [they went to school at University of Alabama-Birmingham] to our home in Nashville. I’m such a geek that I went to all the movies in costume!”

So many of the Backstrom stories end in a giggle or a laugh that audiences have to laugh along with her. She says that she thinks laughter is like yawning, contagious, and that she’s wired to enjoy the moment.

“I write about some of my experiences in my book, but my childhood wasn’t the best. If you have a traumatic childhood, if you go through that, one of two things happen. You either submit that the world is a dark place or push against that. So I became a loud laugher and prankster my whole life. It’s better to laugh until you cry than just cry!”

The blogger shared that laughter with DeGeneres – who she says is like a literal human ice cream cone – but still comes away humble – which Backstrom says is something we’re all trying to strive for even with our love for accolades. “I have been going to therapy, on and off for forever,” she recalled. “I was struggling with mean comments. There would be a hundred positive comments and I’d remember the three mean ones. The therapist says, ‘They don’t know you. They’re your audience and you can inspire them. But let the people who know you speak into your life. A large audience can’t know you. So I’ve learned to listen to my husband and those who really love and know me.”

Balancing family and faith, inspirational moments and everyday messes, Backstrom is off and running, using her life to encourage others that they’re not alone, and that God is with them.

For more on the book and Backstrom’s life, check out https://holyhotmess.com.