I am Mortal Director Explores What We Value Most 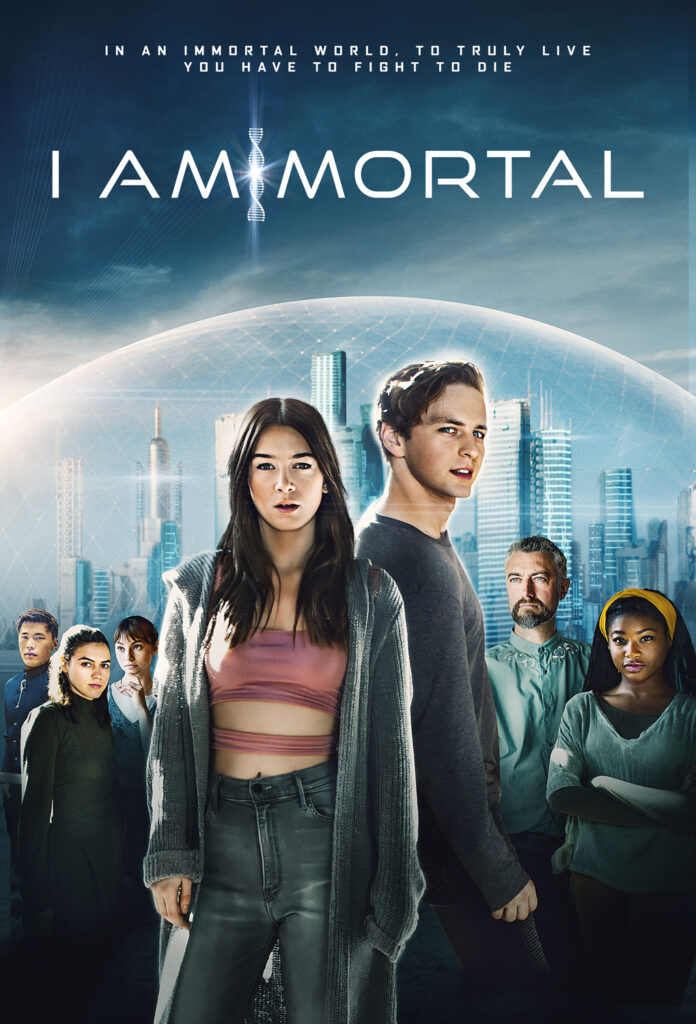 Six years after his directorial debut, Tony Aloupis returns with a sci-fi parable of sorts in his sophomore film, I am Mortal. Two hundred years in the future, humanity has achieved immortality, thanks to genetic engineering and the leadership of Sean Gunn’s enigmatic autocrat The Pilot. From his home in New Jersey, Aloupis shared about his East Coast sentiments, his faith, and the ways film can ask questions about the lives that we live.

Making a film in the middle of a pandemic is no picnic, but Aloupis found ways to make the best of the situation. “ZOOM allows for non-Hollywood meetings,” the director shared. “But casting was still in person, done in New York.”

When he was first breaking into cinema, Aloupis was derided for refusing to move to Los Angeles, but he’s not wired for the LA climate: he’s inclined to do more things quickly, and at once. He doesn’t want to miss anything, or misuse his time, even while considering through the lens of immortality how badly humans want more time.

“People want to have more time to do more things but end up with more time and do less,” Aloupis proposed. “At the end of the day, we want more time, but we end up needing a new personality to deal with the time we’ve been given.”

In I am Mortal, a group of Rebels are rejecting what The Pilot is attempting to force on everyone. Aloupis says that we’re faced with choices about what we do, and how we filter all of the things that society attempts to force on us. “I have two daughters, and I don’t think they need to look a certain way because someone said ‘this is what beauty is’ or that’s what is fashionable. But people buy into these things when there’s a carrot offered to them.” Quoting Morrisey’s “Alma Matters,” he continues, “it’s my life to ruin in my own way.”

Aloupis’ faith shines through in the film, even as he worked to make a film that is accessible to everyone. He found himself asking, “If you live forever, where does religion or spirituality fit in?” Knowing that critics of religion propose it is ‘just because you’re afraid to die,’ calling faith simple-minded, he wanted to explore what faith would look like, and presented the headquarters of the Rebels in an abandoned church. “Sometimes,” he said, “advancements improve your way of life, but there are still things lost.”

While science fiction in its genre, and entertaining in its delivery, I am Mortal succeeds in being a theological inquiry into the place of faith in our lives, and what we should do to preserve it against life’s challenges.