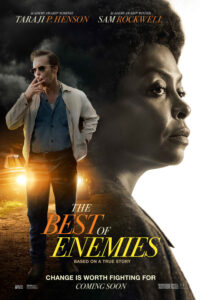 The Best of Enemies (IMDB)

Osha Gray Davidson’s 1996 book, The Best of Enemies: Race and Redemption in the New South, told the story of civil rights activist Ann Atwater of Durham, North Carolina, who was asked to co-lead a discussion of the segregation of public schools in 1971, nearly twenty years after the U.S. Supreme Court ruled that segregation was unconstitutional! When councilman Bill Riddick called for the charrette, a meeting of people from all perspectives on the issue, Atwater found herself in the ten-day process with the Exalted Grand Cyclops of the Durham Klu Klux Klan with C.P. Ellis. In the 2019 film starring Taraji P. Henson and Sam Rockwell, audiences see how Atwater’s faith led her into bold new territory: forgiving and befriending a enemy.

In racially-divided America, the example of Atwater’s faith and transformation serve up a powerful example of the impact that Jesus Christ should have in the lives of believers. While Ellis regularly provoked outrage and frustration in the gathered meetings, with inaccurate and fearful remarks about black people, Atwater’s desire to make a better life for her children and others drove her to find their commonality, and to forgive him.

While Ellis’ assumptions about blacks were unfounded and unfair, it was the direct, patient approach of Atwater that led to the breakthrough in their relationship. Atwater’s faith, modeled by her father’s service as a church deacon, served as a powerful encouragement even in the midst of her suffering at the hands of racism and injustice. Without Atwater’s example, the issues in Durham may not have turned around; instead, the unexpected friendship between Atwater and Ellis led to a broader conversation about racial violence, education, and diversity that changed the course of segregation in their city. 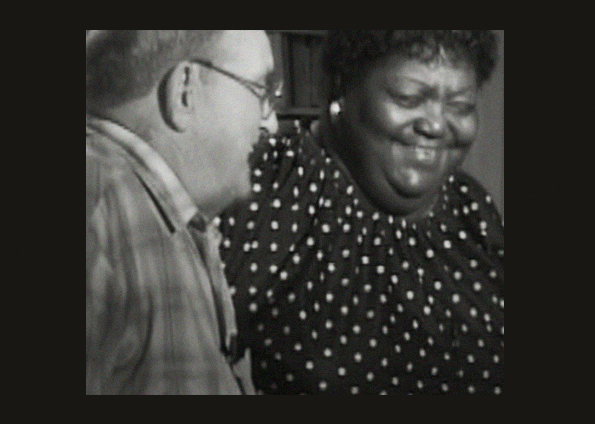 The Best of Enemies (Movie site)

While The Best of Enemies will seem historical in the past tense to some, and impossible in reconciliation to others, there is a basic Christian truth hidden inside the cinematic translation of this relationship. For those who claim the beauty of the gospel, the truth of the resurrected Christ, there is a mandate to love their neighbors, to pray for their enemies, and to forgive those who have hurt them. This is not an optional proposition but a necessary path of those who would follow Jesus.

Thanks to the example of Ann Atwater and the story of The Best of Enemies, people of faith have a film to explore this weekend as they celebrate the impact of the life, death, and resurrection of Jesus Christ, as well as the hope of the future of the kingdom of God.