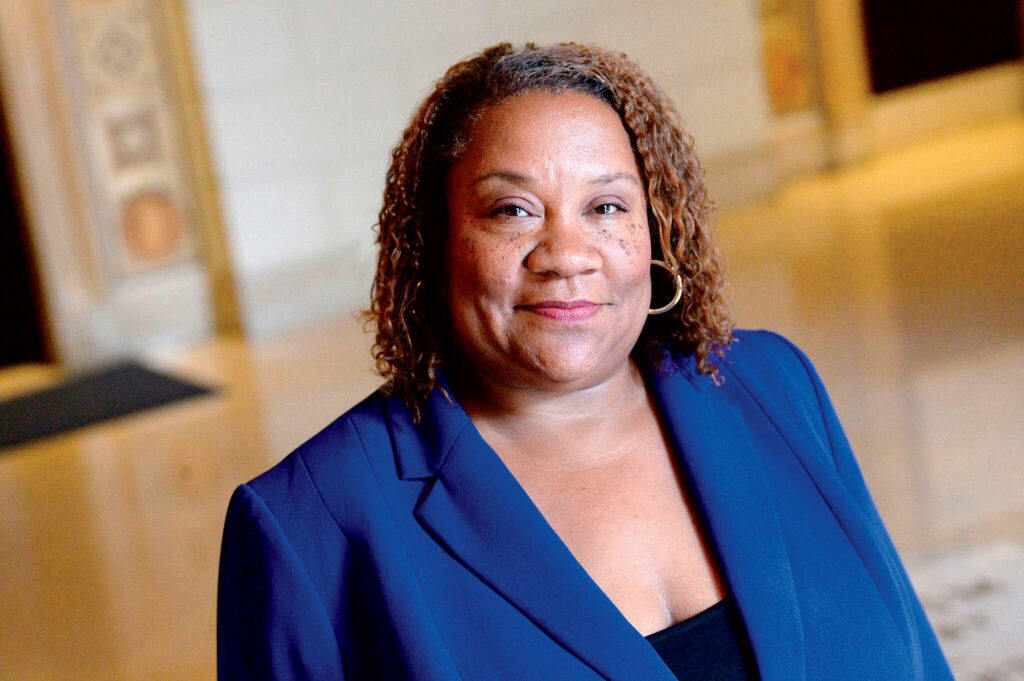 In 2006, an improvised explosive device killed United States Army First Sergeant Charles Monroe King, the fiance of Dana Canedy, then-senior New York Times editor, but Canedy refused to let King’s death silence his voice. She wrote an essay for the Times about King’s sacrifice and the journal he kept for their son, Jordan, who was six months old when King died. By 2008, Canedy had published the memoir Journal for Jordan: A Story of Love and Honor, and producer Todd Black and actor/director Denzel Washington were linked to a cinematic version of the story.

Fifteen years later, Canedy says that there’s nothing to edit in the two-hundred-page journal King kept while in Iraq. “He wrote to his unborn child, as the men he trained to be soldiers were dying around him,” explained the author. “There’s a humility in that experience as you’re watching the end of life for these men you trained and considering your own life. To sit there and write these things down in Iraq, that’s the real deal.”

The journal is practical and philosophical, a mixture of the things that King wanted their young son to know, the important lessons passed down from a father to a son. “He wrote about the power of prayer and his love of God, his dedication to the military and patriotism, his respect for women, and his love for me,” Canedy highlighted. “We all have to say what we mean, and define our own legacy with words. On the last page, Charles wrote, ‘I hope this will be somewhat meaningful,’ and apologized for any misspellings because he was tired.”

“That makes me laugh now looking back.” 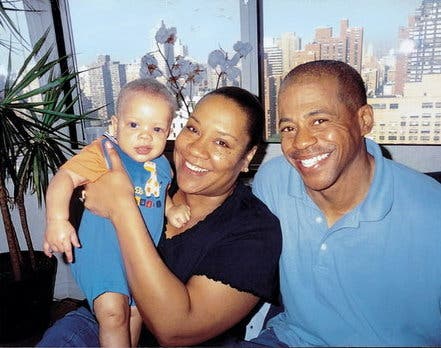 King’s faith clearly impacted Canedy, even after he was killed. “My faith is what got me through,” she mused. “I hadn’t lost anyone before that and assumed when the time came, that I would be mad at God. Instead I felt God’s arms around me.”

While Canedy hadn’t grown up in a churchgoing home, she says that her parents were Christian. But King read the Bible “through and through,” and is the only man Canedy says she was comfortable praying with as they dated.

Just days after the IED explosion, and prior to King’s funeral, the military took Canedy to a military base in Brooklyn where she needed to sign paperwork. Jordan was six months old.

“I didn’t know before then that grief was so physical. I was having a hard time breathing and I hurt all over,” remembered Canedy. “On the way home, I could just feel the baby getting heavier and heavier, and I said out loud, as I’m shaking, ‘I can’t do this alone. Show me a sign if you’re still there.’”

On the answering machine in her apartment, a light blinked. First Sergeant Wesley had called Canedy from Iraq to tell her that King had made Wesley promise to call if anything happened to him. “He wanted you to know that he loves you and that you’re going to be okay.” 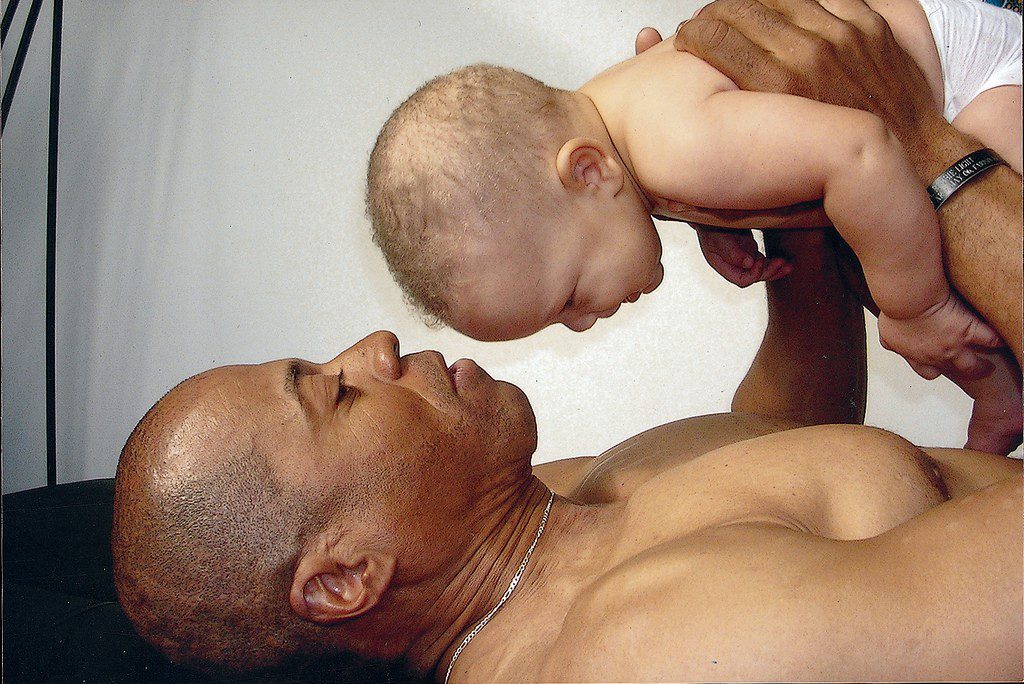 With the film releasing on Christmas Day, audiences will see a film about an American hero, who is also an honorable black soldier and father. Canady beams with pride as she speaks of King’s service, and talks openly about the way that her story resonates with people of all backgrounds. “People say things like, ‘Charles reminds me of my father or my husband,’” Canedy recounted, starting to chuckle. “That’s great coming from a white woman from the Midwest! I’m getting hugged all over.”

It’s not lost on the author, publisher, and journalist that this is a film about a black family, especially not one of the co-authors of 2001 Pulitzer Prize for national reporting with the series “How Race is Lived in America.” “We don’t often see people on screen that look like us,” she admitted. “But Charles didn’t serve and die for black America. He died for the Constitution and its ideals, for the opportunity to love each other or fight with each other. The soldiers he trained were white, Hispanic, Asian, black, because that’s what America looks like. If we can’t be the United States of America, then we should just change the name.”

Charles “Top” King wanted to make sure that his son knew how he felt about Canedy, and how Jordan should treat other women in his life, including the woman he might one day marry. Canedy recognizes that respect for women starts with how fathers treat their children’s mothers, whether it’s how a father respects his wife or ex-wife, or doesn’t. And King made that abundantly clear in his writing. Unfortunately, Canedy has seen the opposite be true in the way that men disrespect women, too. 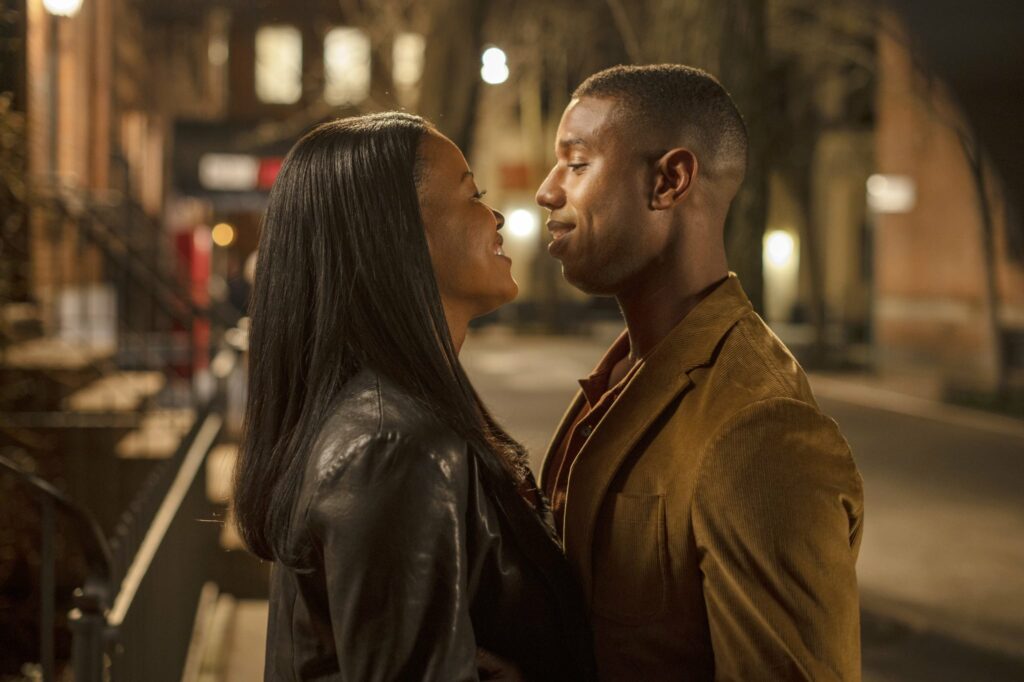 “I have a dear friend whose husband is abusive,” she shared. “His children treat her that way, too, because that’s the standard. It doesn’t just teach young men how to treat women but it teaches girls what to expect. I’m happy that there’s a hashtag, #findyourcharles, that women are using on social media; it’s about finding someone loyal, gentle, and kind. We weren’t perfect but we loved each other. If we could learn to respect one another, the world would be a better place.”

Jordan shows Canedy that he has learned quite a bit from his mother and father, and that he’s processing it all. She discovered that he hadn’t told anyone about the upcoming film, explaining that his “Uncle D” was Washington or that he knew Michael B. Jordan, who plays his father in the film. When Canedy asked him why he hadn’t told anyone, Jordan said, “I didn’t want to be bragging. I wanted to know who my real friends are.”

His mother has taught Jordan that he doesn’t need everyone to love him, just the village that surrounds him. “If you’re motivated by the right things, then you have to let life unfold the way it’s meant to be,” she says. 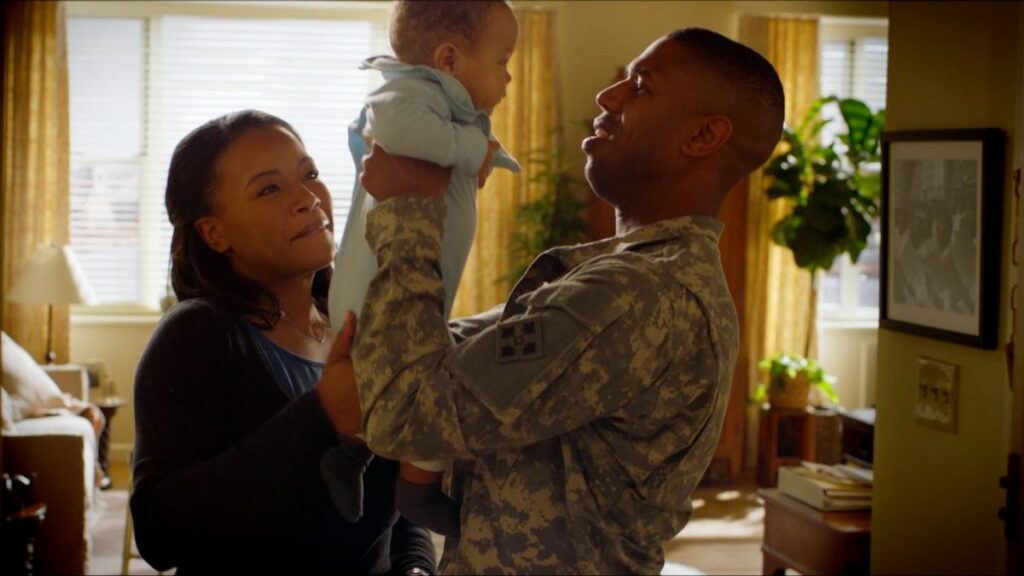 Looking back at her real life and forward to the film, Canedy wants others who are frightened and scared by the tragedy in their life to hold on. She quotes Donnie McClurkin’s lyrics as a reminder to herself and to those in need of a hand, not tritely but as one who has lived the words out, knowing wisdom in the most crucial moment:

“What do you do when you’ve done all you can
And it seems like it’s never enough?
And what do you say
When your friends turn away
And you’re all alone, alone?

Tell me, what do you give when you’ve given your all
And it seems like you can’t make it through?

Canedy isn’t just standing – she’s shining a light to help others through the dark, knowing together that a village can support us through our grief, and encourage us in the memories of those we hold dear. Then, our grief turns to joy, and we will stand, too.

Journal for Jordan releases in theaters on Christmas Day.