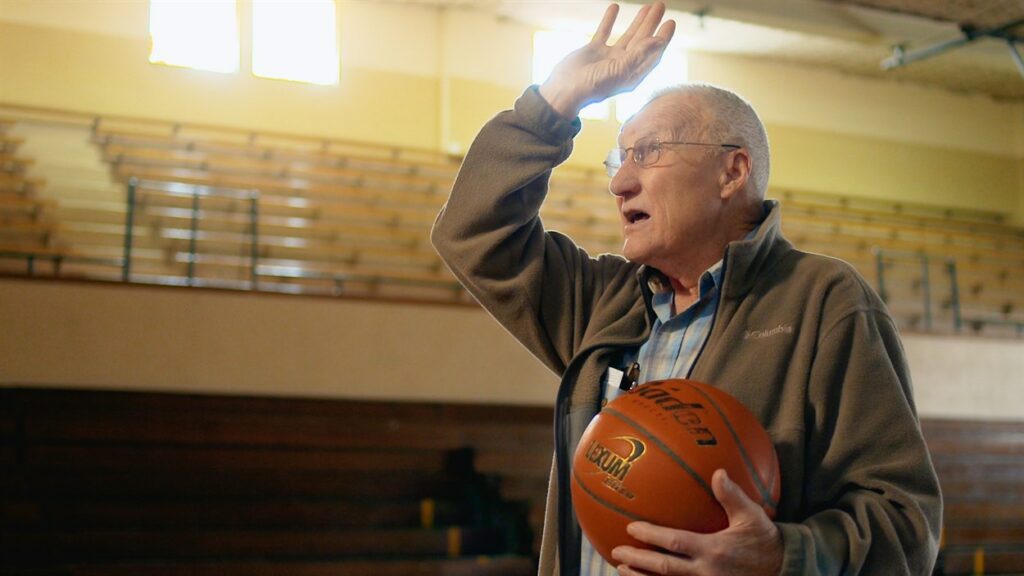 There’s a ball bouncing in the cul-de-sac outside. Up and down, through the legs, fading away from the basket before jumping in the hands of a young player who calmly drains a shot over a taller opponent. It’s the sight and sound in many neighborhoods today, as even more kids are driven outside to play in the midst of the quarantine. But the origin of the shot lies in the distant past, nearly forgotten, from a time before the modern game allowed bigger, more athletic players to rise above the rim. The documentary Jump Shot explores how the game was changed by the jump shot, the weave, and the competitiveness of a team willing to do something unheard of: travel.

Kenny Sailors is the inventor of the jump shot as it’s now used prevalently across the United States and around the world. But in the early 1920s, Sailors was a little 5’7” kid playing against his 6’5” brother who regularly frustrated him on the hoop that they tacked up to the windmill outside. So he started doing something that no one else was doing — he jumped as he shot. By 1943, Sailors led the the University of Wyoming to the NCAA Men’s Basketball Championship, in the first of two seasons where he was named the NCAA Tournament’s most valuable player. Yet, in the early 2010s, most NBA players couldn’t name Sailors as the innovator who changed the basketball game forever.

Pairing Sailors with coach Everett Shelton unleashed a form of basketball that no one had imagined previously. Thanks to Shelton’s use of the weave which drew taller players outside, away from the basket, and Sailors’ cold-blooded jump shot, the team grew to be a traveling show that left Wyoming and headed to the big named schools on the east coast. They traveled because no one wanted to play seven-thousand miles above sea level or make the arduous travel to get to Laramie. Sailors’ Cowboys took on all comers – including NIT Champions St. John’s, who they beat (twice, really) in the Red Cross game. 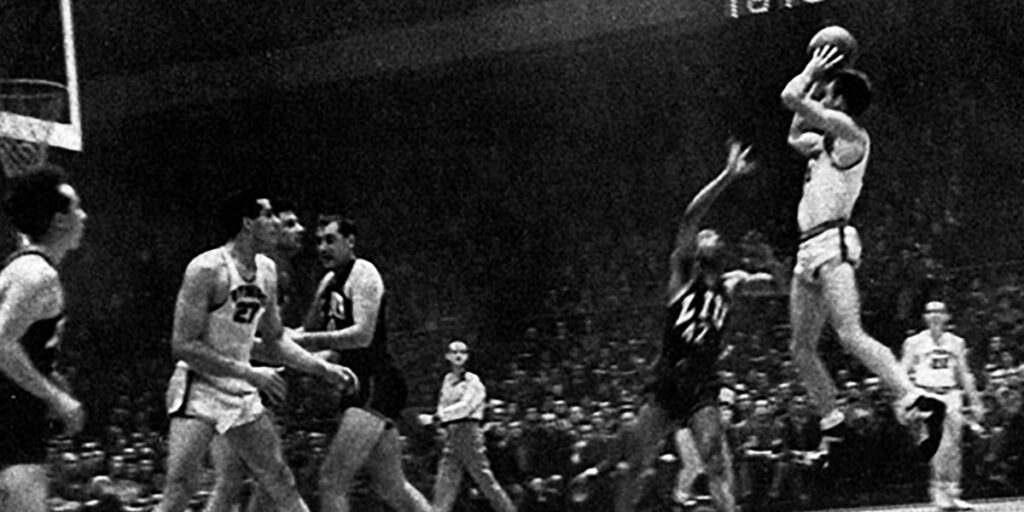 That’s some history every basketball fan should know: how a little team from “the country” took it to the old school teams, behind a jump shooter. But that’s just the beginning of Sailors’ story, because two weeks later he left his wife Marilyn, who was pregnant, to command forty Marines aboard a ship during World War II. The documentary follows him as he returned to the States after the war and continued to hone his game – and the legend of the jump shot in all its immortal beauty.

Director Jacob Hamilton has edited together a documentary that shows Sailors in his prime and in his nineties reflecting on his life and his impact on basketball. It also merges animation to depict situations where there’s no footage to show, often with humor, and invites some of the greats of college and pro basketball to consider how this man impacted their lives and the game they love. Steph Curry, Kevin Durant, Dirk Nowitzki, Bob Knight, Nancy Lieberman, Lou Carnesecca. Major contributors in their own right to changing the game share their admiration for this man whose story would’ve been forgotten.

As someone who loves basketball and who coaches young people every year, Jump Shot is a fantastic historical exploration that I want to show all of my players, especially my two sons. To see a role model like Curry talk about how his life would be forever changed without the jump shot, to see Nowitzki chuckle with delight watching highlights, to see the greatest women’s shooter of all time in Liberman break down the elements of his jumper …. It’s all delight. In times like these, there’s not much available that could breathe fresh air into your life than considering the impact of this unassuming man.

If you don’t find yourself picking up a ball and heading outside after watching Jump Shot, shame on you.