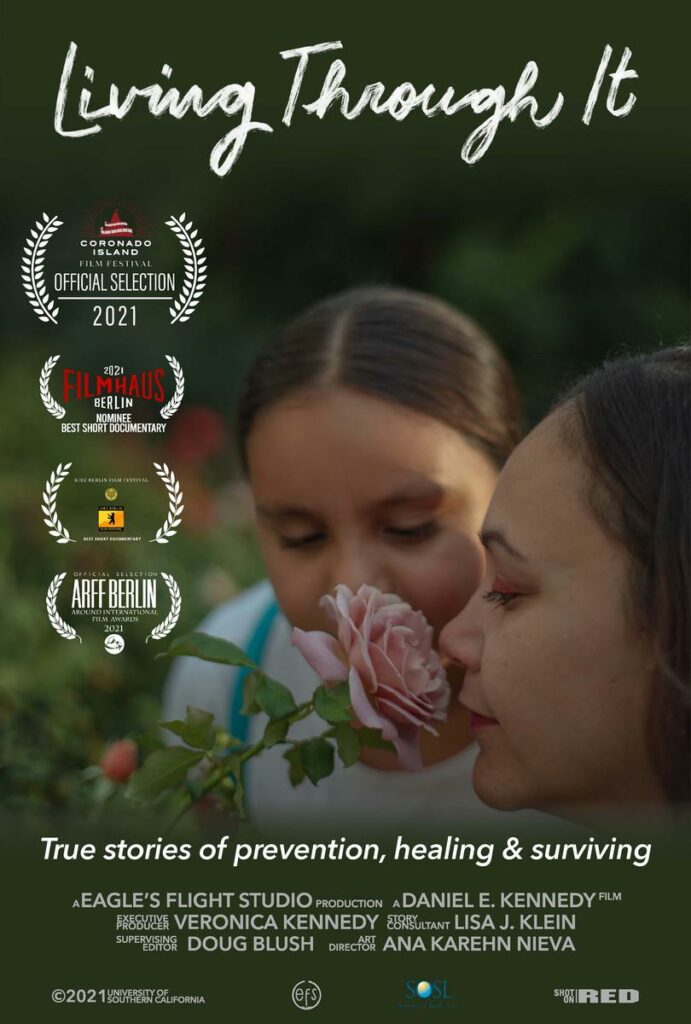 Directed by USC School of Social Work Ph.D candidate Daniel Kennedy, Living Through It — Surviving Suicide looks at several people whose lives dramatically intersected with the San Diego-Coronado Bridge. One of those people is Bertha Loaiza, whose mother jumped off of the bridge with her three-year-old daughter in her arms. Loaiza survived; her veteran mother did not. With this short film, which debuted on November 10 at the Coronado Island Film Festival, Kennedy and Loaiza hope to draw attention to mental illness and grow empathy for those who are wrestling with it.

The bridge itself is just a means to an end, much like a car or a gun. But the two-hundred-forty-foot bridge is a “suicide magnet,” having drawn over four hundred suicide attempts in the last fifty years since it was built in 1969. One man shares how he jumped, and survived, with life-threatening injuries; that anyone survived the fall and impact remains miraculous.

The director’s passion comes from his own teenage contemplation of suicide, but thankfully he’s not one of the statistics like this one: since 2019, 47,500 people have died via suicide versus the 19,150 people who’ve died by homicide. These are terrifying, tragic statistics, and they highlight the dangers and isolation of mental illness.

Who knows, maybe this short film will help start a discussion with someone, and help them feel heard so that their voice won’t be lost forever.