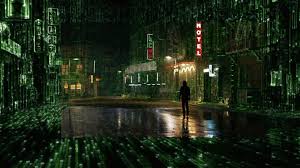 Twenty-two years ago, The Matrix burst into the cinematic scene with incredible action, Judeo-Christian-Buddhist language, and a look that was slicker than the average sci-fi film. Different groups, including some Christians, claimed the film as a sort of parable in the twentieth century, while the creators (The Wachowskis) carefully side-stepped any attempts to pigeonhole their worldview as anything specific. Two sequels were released through 2003, proving to be more and more talky (and convoluted) in ideology; V for Vendetta, Speed Racer, Jupiter Ascending, and Cloud Atlas all provided different levels of reception, but none were quite The Matrix. And now, The Matrix Resurrections arrived, in theaters and HBO Max. Was this a fourth film in the series, or a reboot, or…?

The answer is … yes.

(Matrix Resurrections is rated R for violence and some language, and is only meant for mature audiences.)

Keanu Reeves and Carrie-Anne Moss return as Neo and Trinity. (Honestly, if you’ve read this far and don’t know what that sentence means, this is a trip down a rabbit hole that will make no sense.) But while they’re the same actors with the same characters in the same world of the Matrix, the movie is also significantly different because a) the characters have different stories twenty years later and b) their self-awareness of their real selves versus Matrix selves is different from the way that they started in the 1999 film (in fact, they’re nearly reversed). Add in Jessica Henwick as Colleen Wing, I mean, Bugs, as a supporting protagonist, and two characters, The Analyst (Neil Patrick Harris) and Smith (Jonathan Groff) with ties to previous iterations of the Matrix, and there are some strong personalities at play. But this is about next-level stunts, wordy spirituality-ish dialogue, and mind-blowing visuals, right?

The latest episode inside the computer program that’s the inside of humans’ brains that’s part-figment and part-reality is … visually stunning. It might also not make any sense, is violent without being more violent than before (shocking twenty years later), still has lots of layered commentary about who we are, what our identity is, and whose purpose we serve. And yet, unlike the second and third movies, which I hardly remember except for a distasteful aftertaste, Resurrections is still careening around in my brain.

It has one arching principle, speeding through the asides about Hollywood, personal identity, and aging actors. It asks: what would you do for love? Would you fight? Would you suffer? Would you sacrifice, strive, fail, get up, and still pursue? Would you give everything if it meant you could be with the person that you were supposed to be with? 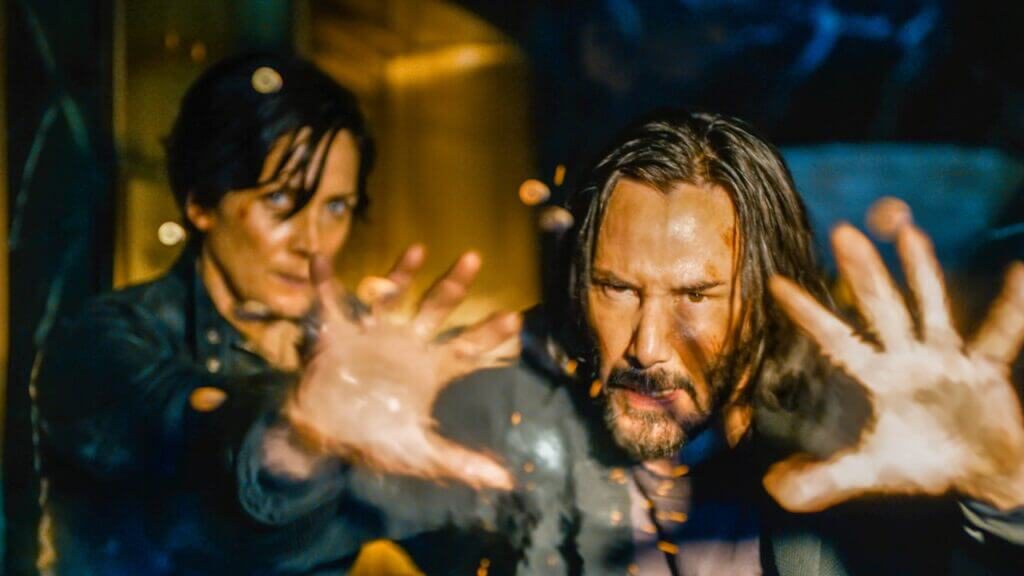 Gracefully, The Matrix Resurrections doesn’t get bogged down in physical amor – it’s focused on something that isn’t quite platonic but isn’t scandalously physical. It wants us to recognize that Neo and Trinity are friends beyond the bounds of time, memory, and space, and that their connection will be eternal even though they will not. Again, we’re in the realm of the spiritual-ish, but it comes back to “Greater love has no one than this: to lay down one’s life for one’s friends” (John 15:13). Neo and Trinity have that, and it inspires several others to stand and fight for love, too.

The film doesn’t shred walls the way the original did, but it’s better than the second and third sequels. And any art that points us toward love has at least the faintest glimmer of what caused the world to come into existence and keeps us moving toward the kingdom come.