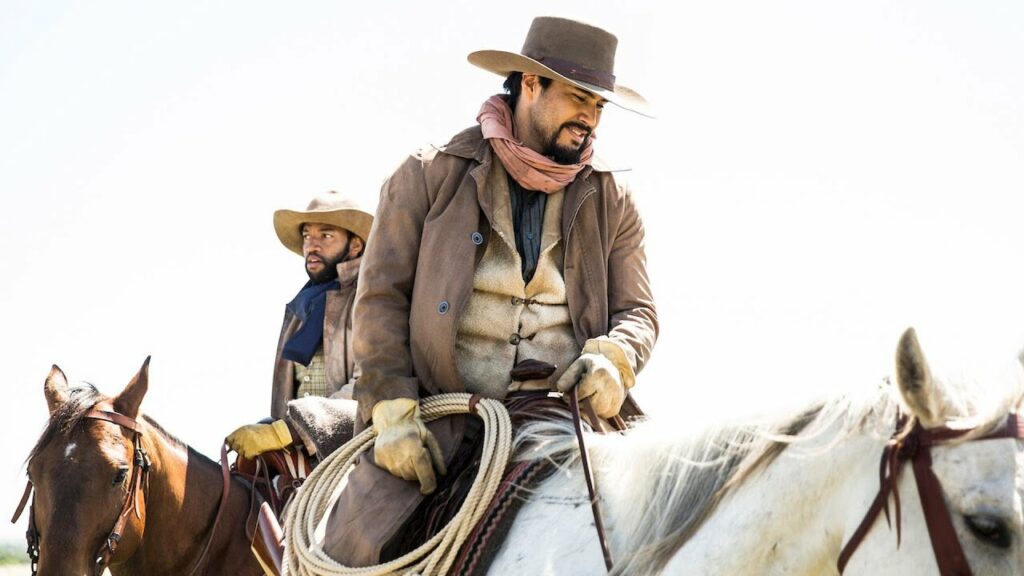 Montford Thomas Johnson lived in Indian Territory – now Oklahoma – in the mid-1850s, the son of an Englishman and a Chickasaw-Irish woman. Educated at Chickasaw Manual Labor Academy, Johnson learned how to work the land and ranch cattle. He also married his brother-in-law’s sister, Mary, and raised a family. But in the process of becoming a successful rancher, he overcame significant hardship, often at the hands of ex-Union officers, that make his story told in Netflix’s Montford – The Chickasaw Rancher a story of faithful overcoming. 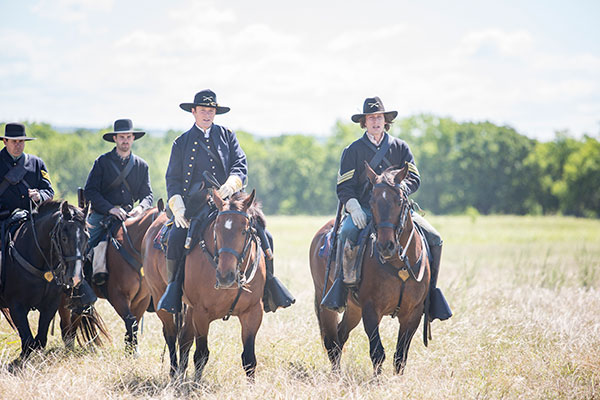 Martin Sensmeier ably plays Johnson as an adult, under the direction of Nathan Frankowski (To Write Love on Her Arms), based on Lucy Tennessee Cole’s script. The Civil War comes to a close, but the corrupt Union officer, James Landry Hébert’s Sergeant Richter, has stripped the Johnsons’ ranch of its cattle. Even when a new officer (Mackenzie Astin) arrives, the overall motivation is to break the “savage” heart so that it will conform to the “civilized” white way of doing things. But the audience knows, and Johnson learns, that the real savages are the rustlers led by Holden (Tommy Flanagan) who are in cahoots with Richter. These white men are putting bounties on Native Americans’ heads, and motivating the conflict between the local tribes and the army, largely in the person of Custer, whose murderous ways are alluded to.

The film’s narrative is straightforward: no matter how Johnson gets punched in the face (literally and metaphorically), he gets up and does something that helps his family and the community around him. He teaches his son that things must be planted deep to survive (agriculturally), but he could just as well be talking about his ranch, his family, or his faith. In fact, his faith remains remarkable throughout – including a prayer in the midst of one his toughest stretches where he prays for God’s protection but also acknowledges that this might not be God’s plan, and if not, that God be with them anyway. It’s a hard prayer to pray, and definitely one that promotes real faith, not cheap, flimsy religion that fades at the first sign of trouble. 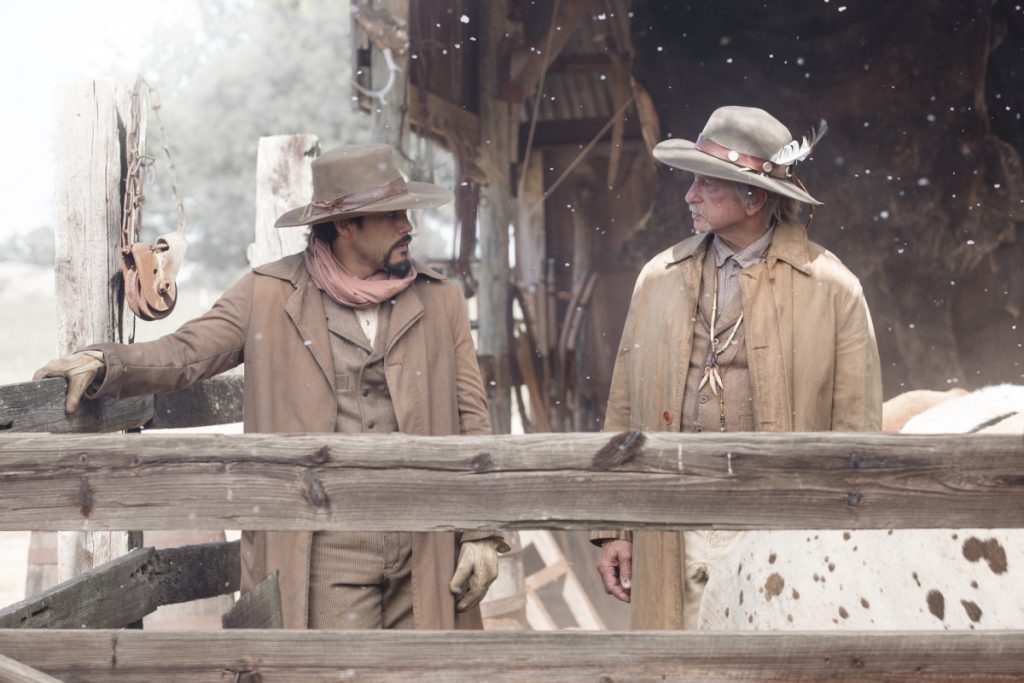 While drought and other ‘natural’ threats are fought through over the course of Johnson’s ranch-growing, it’s the broken humanity that causes the most vicious problems. Richter is corrupt, greedy, and malicious, abusing his power, and pretty typical in a western baddie sort of way. But Holden, he’s an Irish immigrant with a racist heart toward the Native Americans – an immigrant on the side of the majority who sees power in abusing those with less power who he has more in common with, except for the shade of his melanin. This is racism at its most open and basic; it’s gross, terrible, and tragic. And yet it makes the fortitude and faith of Johnson that much brighter.

Throw in a late-breaking re-emergence of Johnson’s father (Dermot Mulroney), as the rancher must wrestle with his father’s abandonment as a child and his need to forgive, and the film has a layered look at what it means to really be a father and a pillar of one’s family. If it wouldn’t be the way Johnson’s real life unwound, it would feel like too much to be true – but this is the kind of growth that we’re called to as Christians, never settling for ‘good enough’ in terms of clinging to Jesus.

The film’s powerful true story shines, highlighting community and the perseverance of fa faith under fire.