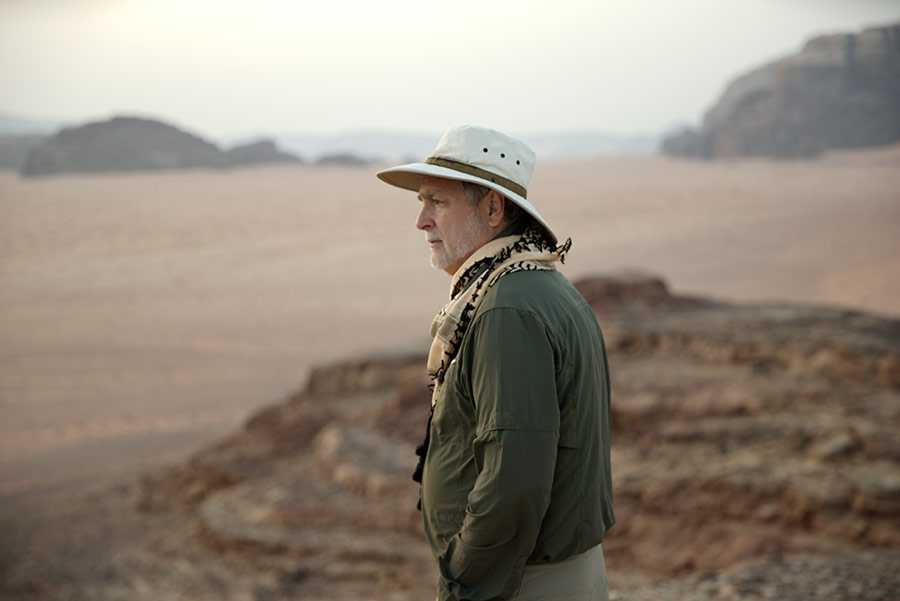 In 2014, Tim Mahoney directed the Patterns of Evidence: Exodus documentary that explored evidence of the Biblical story of the Exodus by the Israelites from Egypt. With recreations, expert interviews, and on-the-scene archaeology, Mahoney’s film challenged audiences to consider the historicity of the Exodus and what that meant for the rest of the Bible. Now, on March 14, 16, and 19, Mahoney will unveil a new documentary that explores the evidence surrounding the authorship of the first five books of the Old Testament, also known as the Torah or Pentateuch.

In Patterns of Evidence: The Moses Controversy, Mahoney follows up his twelve years of research for the previous film by tackling whether Moses could have written the Pentateuch or not. Citing forty references to Moses’ authorship of the Bible, including times Jesus mentioned Moses, Mahoney discussed how important Moses’ involvement is to an understanding of the Christian faith.

“Was Moses an eye witness to the exodus, to the parting of the water of the Red Sea, when they go to Mount Sinai? Was that Moses or people making a story up hundreds of years or a thousand years later?” mused Mahoney.

Those questions led Mahoney to explore evidence about Hebrews, the people and the language, disputing scholarly arguments that the language didn’t exist in Moses’ time. So what writing system would Moses have used?

“Throughout this exploration, I heard that people had been uncovering discoveries about the forms of writing over the last one hundred years,” explained Mahoney. “Experts were telling me that the first form of writing – an alphabet – was Hebrews. The very first writing system that was alphabetic shows up in the Sinai Peninsula and in Egypt, at 1800 BC when Joseph and his family were in Egypt. “

Shot in Egypt, Jordan, Israel, Europe including London, and parts of the US, the film features orchestra arrangements from Budapest and animation of major events like the parting of the Red Sea. But the focus of the film is to show that the basis of all alphabets came from the time when Joseph and his family were in Egypt, presumably when Moses would have learned how to write. “Someone took hieroglyphics and modified them to create the basis of these letters,” Mahoney said.

Mahoney’s exploration led him to experts and details he now makes available to the audience. He was not willing simply to say what he hoped was true, but was deeply committed to hearing from a variety of resources and their operating beliefs. “I want to allow the Bible to communicate, and let the audience hear from all points of view to understand fully what the criticism is,” explained the director. “To find viewpoints where the credibility is and step back to ask, is this just interpretation or are people are missing something? This film brings us the question of a paradigm – a way that we see the world that may blind us to seeing other information. Is it possible that many people have been blinded to Biblical information because of their paradigm? If you relax your paradigm muscles, you can see a pattern.”

Warming to the subject of words and their origins, Mahoney expounded on how important God’s words are to understand what God is about. “The one book that uses the alphabet more than any other book in the history of the world is the Bible. I find it curious and powerful that this alphabetic tool was given to a people in preparation for the writing of the world of God. Then this style of writing was used all around the world,” he shared, moving to cite the opening prologue of the Gospel of John. “‘In the beginning was the word, and the word was with God, and the word was God.’” To know what a word is, you have to have letters. Someone came along with a small amount of letters to create an infinite number of words. We can use the alphabet for many other things but it’s prominently given to explain God’s word.”

Though Mahoney never set out to be a filmmaker just to make film, he finds himself in an odd place: people expect him to make a certain kind of film based on the success of the first one. But as he explores Biblical elements in the archaeological evidence, he finds more and more stories to tell, like the Red Sea miracle, and more ways to communicate it. He just wants to see where the stories take us, and into the conversations that allow people of faith to communicate with non-believers.

“Our films are for thinking people. If someone is interested in looking at that journey and experiencing the process, then the film will give you something more to think about. It’s a hugely intellectual exercise that covers a mammoth question, because the Bible rests on whether Moses wrote the first five books of the Bible.”

Mahoney’s historical detection has taken him from the flight from Egypt to the records of early Biblical history, and he’s hoping others will journey with him. Sure, it’s an intellectual exercise, but it’s also something much deeper: it’s an exploration of faith.