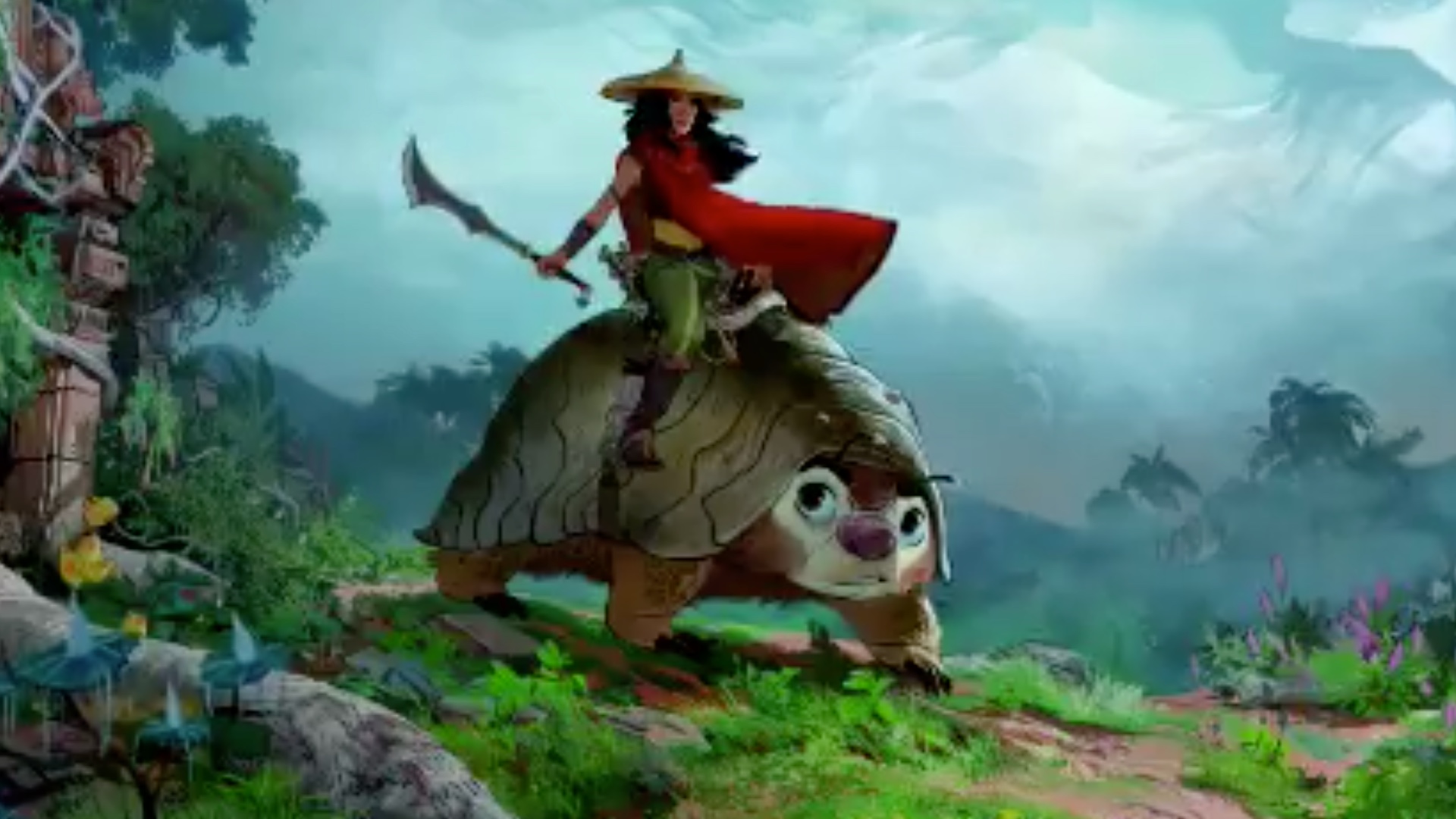 Five tribes of humans remain splintered in the world of Kumandra. Once, the dragons defended the human world from the Druun, a nebulous, malevolent force that seems to manifest as a result of humanity’s worst instincts (the selfish, angry ones). The dragons fended them off with an orb that caused the dragons to be petrified and the Druun banished. Five hundred years later, the other tribes descend on the Heart tribe, led by Chief Benja (Daniel Dae Kim) and his daughter, Raya (Kelly Marie Tran). The Orb is shattered in the conflict, with each tribe snatching a piece, and the Druun returns, swiping Benja away to open Disney’s latest animated feature, Raya and the Last Dragon.

Six years later, Raya is searching for Sisu (Awkwafina), the last remaining dragon, a dragon with shapeshifting and water-related powers. The two want to reunite the pieces of the orb and banish the Druun, but they are pursued by Fang’s warrior princess Namaari (Gemma Chen), who initially caused Raya to betray the location of the orb. Together, Raya and Sisu pursue the pieces of the orb, with Tuk Tuk, Raya’s pillbug/armadillo/steed as their constant companion, and a host of other humans longing to restore their lost loved ones joining along the way.

The central storyline of the film is restoration, the pursuit of putting the world back right, of undoing what the Druun has done. There is beauty in the animated world of directors Don Hall and Carlos López Estrada, but the internal emotional beauty of the film comes from the script by Qui Nguyen and Adele Lim. Chief Benja’s dream is of one of openness and community, and the central struggle is whether his daughter Raya can grow to trust again after a series of betrayals. 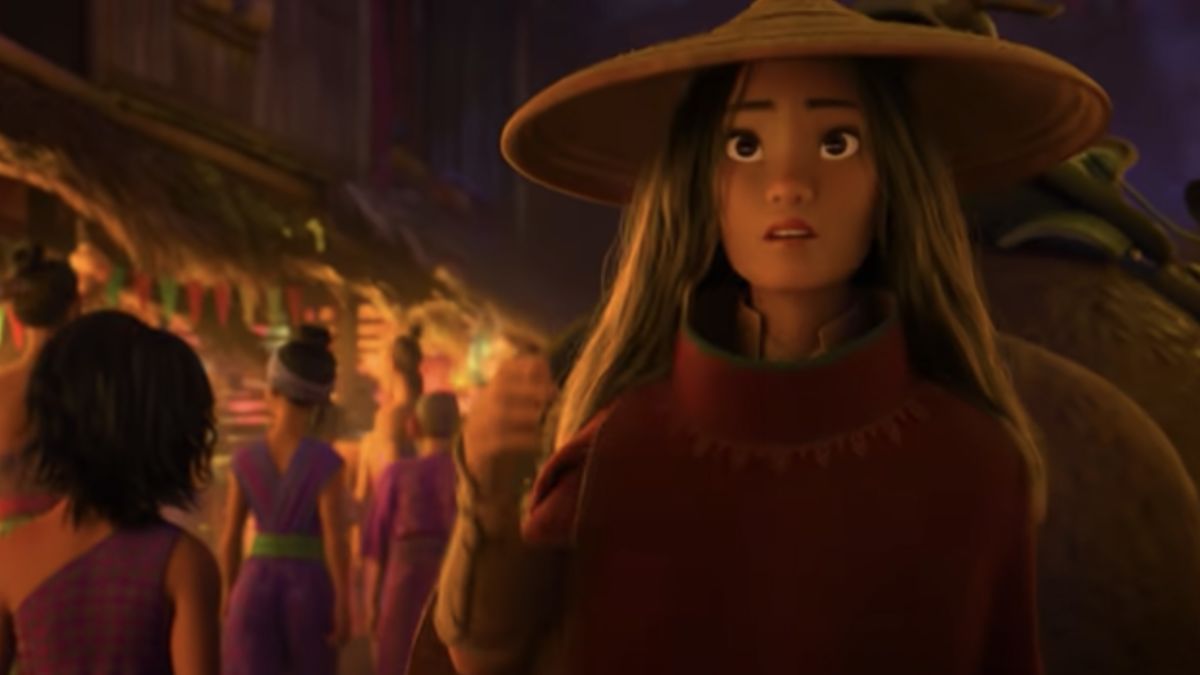 With that, the evil Druun is an interesting Disney villain – disembodied and driven by the evil inclinations of human hearts rather than some individual’s selfish endeavors. In fact, the film goes out of its way to show that the evil actions (or at least oppositional ones) are often based on doing something for the good of one’s tribe or country, an infliction of pain on someone out of a desire to defend someone else. So how can a tribe come together with another tribe? How can we trust those who were once our enemies? How can the greater good rise above the hurts that have been felt, even for hundreds of years?

Raya and the Last Dragon says, quite clearly: forgiveness.

At the heart of the lessons Jesus taught were central ideas about forgiveness and reconciliation. Whether it’s the parable of the Prodigal Son (Luke 15:11-32) or Jesus’ injunction to Peter to forgive seventy times seven (Matthew 18:21-22), or countless other examples right up until Jesus dies on the cross forgiving the thief crucified next to him, the lessons of the gospel of Jesus Christ remind us that we must sacrifice our desire for retribution and comeuppance. Instead, Jesus challenges us to love our enemies, pray for those who persecute us, and refuse to give up on trust even in the face of betrayal (see: giving a cloak to an enemy or the way Jesus receives Judas in the Garden of Gethsemane). The Christian faith challenges us to forgive over and over again, no matter how deep the wound we bear.

In a mystical, spiritual world of warriors and dragons, Disney’s latest rises up to show us that the greatest battles are the ones we fight in our hearts. Against our hurt, against our expectations, against the societal push around us to find those responsible and make them pay.

In the end, Raya and the Last Dragon asks us, who will be the first one to forgive?