"Soda Springs" is the story of a man's struggle to claim his future by confronting his past. Eden Jackson is returning to his hometown to pick up the pieces of the life he was forced to leave eight years earlier when he was sent to prison for manslaughter. This proves to be more difficult than expected as Eden is faced with a town not yet ready or willing to forgive. During his absence his father died, sending his mother over the edge, and his ex-wife is now married to his long-time adversary. During his search he meets Shelly, a woman struggling with her own challenges yet able to accept Eden not for what people are saying but for the man she sees in front of her. The road is not an easy one as old demons resurface to threaten everything Eden has fought to overcome. An 'old friend,' a 'new love' and a rekindled passion for music open the path to his salvation. On this journey of redemption and self-acceptance, Eden Jackson's life affects many others along the way and affirms that often the only way to the light is through the darkness.
8
Negative Rating
12345
SexLanguageViolenceDrugsNudityOther
0
Positive Rating
12345
FaithIntegrity

Returning to a small town after being in prison for eight years is not easy for Eden Jackson as he tries to start over in Soda Springs. Some people find it hard to forgive and many want no part of Eden in their lives, while others don’t care about the rumors. He is helping his mother and gets a job at a local feed store.

Forgiveness is sometimes hard, but especially so when it is yourself you are trying to forgive for past transgressions. Eden feels the hurt of not being there for his father when he passed away or his mother who needed him. So now that he is free to start over, there are a lot of things he has to overcome. This is an inspirational story about starting a new future, forgiving the past you can’t change, and moving forward without making the same mistakes. The film will entertain older children and adults, and therefore we award “Soda Springs” the Dove “Family-Approved” Seal for ages 12 and up.

Accident involving truck and car where two people died; scenes of people in accident with blood on their bodies; woman meets son at door with a gun; man takes mom's keys and car; policeman beats on man without cause; man threatens another; man blackmails police officer into helping him; young woman wrongly accuses man of attacking her; man punches another.

Man and woman kissing in bar and making out in truck; couple kiss; young woman flirts with man.

Accident involving truck and car where two people died; scenes of people in accident with blood on their bodies; woman meets son at door with a gun; man takes mom's keys and car; policeman beats on man without cause; man threatens another; man blackmails police officer into helping him; young woman wrongly accuses man of attacking her; man punches another.

Scene of man in shower but only head and shoulders shown; mild cleavage.

Rude attitudes toward others; jealousy; wrongly accusing someone of something they did not do; taking the blame for someone else. 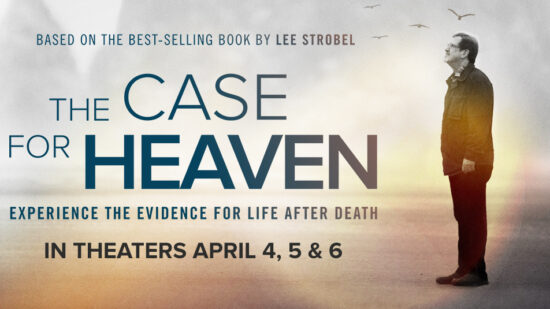 By Jacob Sahms Lee Strobel is coming back to movie theaters with the cinematic version of The...