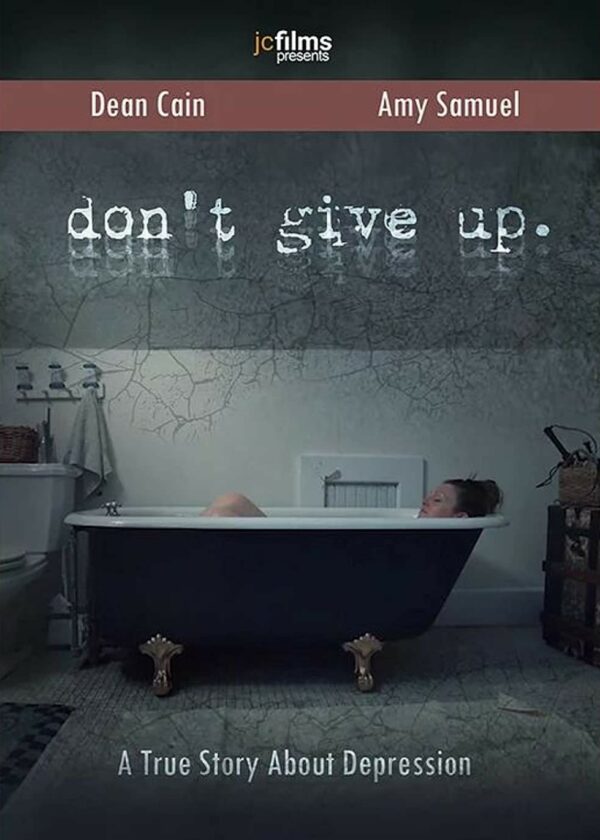 Amy was suffering from debilitating depression, until God healed her and helped her reshape her life into something amazing. In Don’t Give Up, she tells the story of her meeting with Jesus and how it opened her eyes to the gifts around her.

“I’m just ready for life to begin,” Amy Self explains to her mom. With a dishonest, alcoholic boyfriend, nursing classes piling up, and unhealed childhood trauma, Amy quietly struggles to find hope and purpose in life. All the while, she is battling genetic, clinical Depression, a mental health disorder threatening any contentment she might find.

Amy discovers her boyfriend’s unfaithful ways, yet tolerates his emotional and physical abuse until the law is called and he is arrested. After their break-up, Amy spirals even harder, turning to alcohol, pills, cigarettes, and anything else to ease her pain.

Eventually, her mom steps in, explaining to Amy that Depression plagued her father, a man who was once emotionally and verbally abusive to Amy as a child. Once he accepted Christ and sought Christian counseling, he found help for the Depression and turned his life around. Amy’s mom begs her to do the same.

At first, Amy struggles with the concept of church and God, but after two suicide attempts, one landing her in the hospital, she knows it’s time to come back to Christ. After finding forgiveness, restoration, and help for her Depression, she opens Amy Self’s Women’s Ministry, dedicating her life to helping other women navigate hardships.

This film is a raw, real picture of what depression and substance abuse do to families and individuals. Yet, we also see the power of Christ’s forgiveness and redemption. Though elements of Faith and Integrity are stellar, the suicide attempts on screen, as well as the physical abuse and substance abuse displayed, aren’t suitable for children, teens, or those easily triggered by abuse and suicidal ideation.

Amy discovers beauty from ash as God restores her soul and frees her from clinical depression; however, certain elements regarding abuse and suicide are not for children, teens, or those who struggle with mental health triggers.

Elements of prayer, forgiveness, hope, church community, and the power of Christ

Amy and boyfriend kiss multiple times; boyfriend appears to watch sexual material on his computer, though nothing is seen; boyfriend hits on other women; “you had your tongue down her throat”; another male character invites Amy up to his room for sexual purposes

Amy’s face is black and blue from being hit by boyfriend.

Boyfriend is an alcoholic; lots of drinking and smoking cigarettes; Amy abuses pills.

Amy is seen in the bathtub in multiple scenes, but nothing is shown.