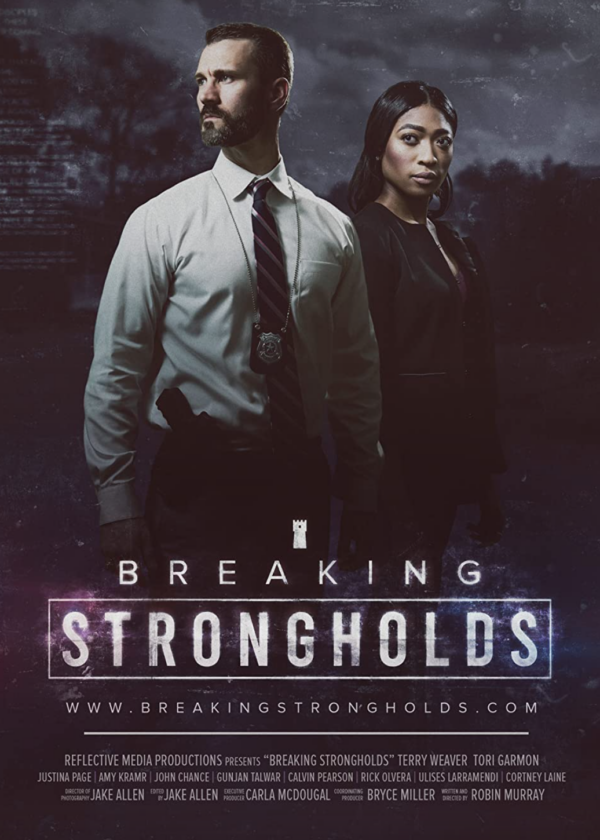 This exciting series has the potential to do much more than entertain. At its core is the example of people helping people in need, people who are discouraged or depressed, and people who are contemplating suicide. Although a dramatized series, the producers wish to help in suicide prevention and, in fact, the place where donations can be accepted is shown during the closing credits. Sadly, also shown is a photo of a beautiful young woman named Brittney Maring Dio, who lived from 1993 to 2022 and took her own life on Feb. 17, due to battling pain and depression. She is lovingly remembered.

The series opens with three of the main characters as children-namely, brother and sister Ryan and Riley James, and Riley is playing the part of a minister, and she is “marrying” Ryan to Peyton, her good friend, and she excitedly exclaims that Peyton will be her “sister.”

The series fast forwards and we see Ryan and Riley as young adults, going to high school, and Peyton is still a close friend who is having problems with her boyfriend. And Ryan? Well, he’s moody and Riley describes him to her dad Ethan (Terry Weaver) as “an underachiever.” He often goes off to walk or run by himself. The series is set in the lone star state of Texas.

We learn that Ryan and Riley’s mother has passed away and Ethan, a police officer, is trying to keep the family going while working at his stressful job. A fellow worker wants to become a detective and assist Ethan, but Ethan doesn’t want a partner. The man reminds him, however, that crime is up everywhere.

A retired army man, Chaplain Vic Raphel (Ulisses Larramendi), is told that Ethan was a former army “dog face” too. Chaplain Raphel speaks to a judge and officer about his suicide prevention program. In another scene, provisions are being collected to help the needy of the community.

One of the best things about this series is that it shares a character named Redmond Quinn (Rick Olvera) who has flyers up around town and does seminars about becoming the best a person can become but, unfortunately, he skips God and right and wrong and promotes man building up himself like a god. The Christian characters in the film are good examples of people helping one another and in showing man’s need to rely on God. Quinn’s message is obviously lacking in spiritual power. The strongholds will not be broken by his plan.

The plot’s heart is a teacher who has gone missing and a newspaper article on teen suicide. Has Redmond Quinn somehow become involved with the missing teacher? A young woman named Lindsey Jordan (Cortney Laine) is a trusting and caring woman who might be a bit too naïve. And although the episodes feature drama and angst, it also has a few light moments. In one scene a woman describes how her bad brakes sound, and she delivers a memorable scene by using her voice to imitate the noisy brakes.

In one suspenseful scene, Redmond Quinn tells his employee Carl that he can go from a level five in the organization to a level six, if he comes up with an “alternate reality”, regarding a situation. We next see Lindsey on a sofa, and she is passed out, and something has obviously gone down. What has Quinn done? And, importantly, is Lindsey okay? During the credits, a prayer is offered up and the mission to break strongholds is mentioned.

The powerful verse from John 1:5 is shown at the conclusion of each episode, which states: “The light shines in the darkness. And the darkness has not overcome it.”

This important and gripping series has earned our Dove seal for Ages 12+.

THE DOVE TAKE: This is a powerful series and how many series promote spiritual victory today while portraying interesting and realistic characters? This series, happily, does both.

God is mentioned, and prayer and a chaplain attempts to help people; a scripture from John chapter one is shown on screen at the end of the episode.

A father checks in on his kids, even when he is working; various characters attempt to help people in need and to help to hurt people so that suicide won’t be in their thoughts; the importance of friendship is promoted.  Suicide prevention is presented.

A man points a gun and it clicks but doesn’t go off.

Tension between characters; a man promotes men becoming like gods on their own, without seeking God for His plan; a woman comes up missing.