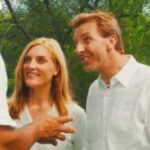 Angels-in-Training Jack and Tanya earned their wings and have a new supervisor, Sam, who doesn’t take any guff! He helps them get the humans to remember unconditional love as the best way to make their relationships work. Jessica is still in love with Stephan, who has adult ADD and other challenges, wondering if she should give him another chance, while her friend and “cousin-in-law,” Lissa’s husband wants her to continue working even after giving birth to twins!

Soul Survivor: Angel-Love Power is a unique film that focuses on faith! It also deals with unconditional love and the fact that no one gets all the intricacies of life right the first time. Sometimes it takes some practice in making mistakes to truly learn how to succeed.

The music is terrific, and the movie opens with new arrivals to Heaven, Jack and Tanya (Chris Charais and Ingrid Moss). They want to earn and keep their wings, and angel Samuel (Shedrick Garrett) is there to supervise their journey, which includes a few trips back to Earth to give guidance to those needing it. This includes Jessica (Tania Brenes-Grimm), who loves a young man named Stephan (Elohim Pena) who unfortunately suffers from Attention Deficit Disorder. They broke up, but it is Jessica’s secret hope he will get better and be able to more suitably handle a romantic relationship. Her close friend Lissa (Tatsiana Krause) has her own issues. Pregnant with twins, she doesn’t want to return to work after they’re born but would rather work just an evening or so a week as a dance instructor. Regrettably her husband, Kyle (Ty Noble), doesn’t want to go along with the plan.

The theme of eternal love is emphasized, which is nice. There is a fantasy element about a couple who have dated destined to be man and wife—again, because they were in the past; obviously a theme of reincarnation in the story. For the most part, the focus is on love. The overarching themes of faith and unconditional love are commendable and we are awarding the film our Dove Seal for ages 12+, realizing it contains some sophisticated themes which might be a bit much for children under that age. The director uses some wonderful images of nature including a fantastic double rainbow, and the visuals are pretty awesome.

Faith: The idea of angels and an afterlife are themes in the film.
Integrity: A husband and wife struggle to make good decisions.
Sex: A few scenes of husbands and wives kissing, as well as a couple sharing a kiss as they become engaged.
Language: None
Violence: A couple disagrees; a horn is heard, indicating a couple were in an accident, and they wind up in heaven; a slave says he was whipped on his back; a young man shows anger by throwing an object down after his girlfriend talks with him.
Drugs: None
Nudity: Mild cleavage.
Other: Reincarnation is given as a possibility and a scripture is used about Elijah coming back as John the Baptist although the true meaning of that passage of scripture is that John the Baptist appeared with the same kind of spirit or passion that Elijah had; no other scriptures are used; tension between characters; a joke about flashing someone after a woman misunderstood a comment.