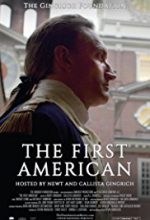 George Washington is central to understanding America’s founding. He was the crucial ﬁgure in winning the American Revolution, in creating the Constitution, and in establishing the precedents for effective self-government as our ﬁrst president. George Washington’s sense of virtue, his lifelong activity as a citizen, his reverence for the rule of law, and his commitment to establishing the American Republic make him the essential figure for every American to know and study.

We go on a journey through the American Revolution from the point of view of the Commander-in-Chief of the Continental Army that characterizes and highlights his qualities. Washington was a great patriot, loyal to the end, and the film recalls his hardships and grave strategic lessons that were crucial to winning the war. I was at times brought to tears to realize the sacrifices that he made personally for the freedom of Americans and the establishment of this republic that he held so dear.

We learn that he was indeed a physically dominating man as well as a fiercely independent and ambitious leader who knew how to act as a respected politician and how to read the morale of his troops like no other. Stories are told of how he boosted their spirits often by reading aloud plays about patriots and even the Declaration of Independence. He was a complex man of deep passion, and this film portrays these and many more attributes that drove him to be the eventual first president of this country after his return to civilian life.

Those who intimately understand this great leader will better grasp how this nation became free, safe and prosperous. The First American helps ensure that the legacy of George Washington continues to inspire future generations. We are proud to award this series the Dove-Approved Seal for All Ages.

Faith: None
Integrity: George Washington was in every way an excellent example of a man and leader of integrity.
Sex: None
Language: None
Violence: None
Drugs: None
Nudity: None
Other: None