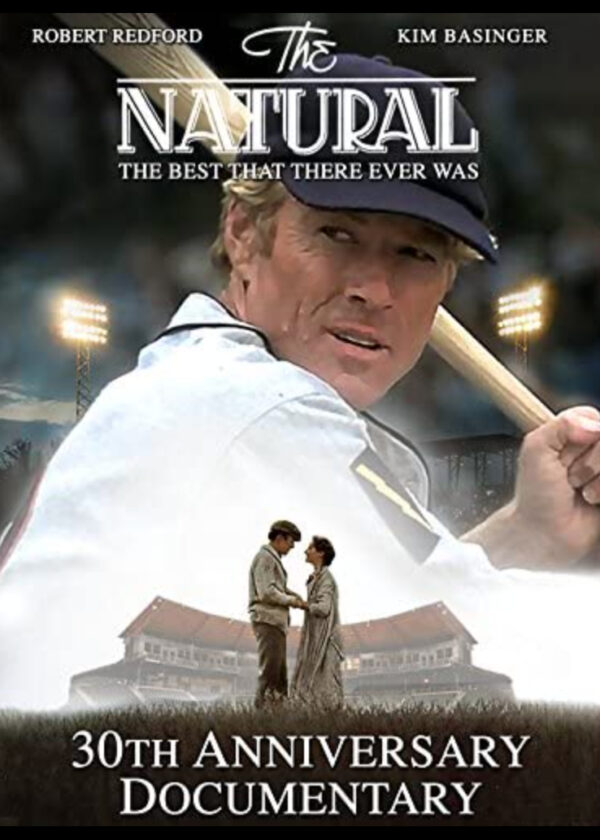 The Natural: The Best There Ever Was

An average baseball film in the making comes out of seemingly nowhere to become one of the best sports films made of all time. A true testament to the real beauty of Hollywood filmmaking, the way it used to be.

From the novel “The Natural” by Bernard Malmud, the film by the same name sprung to life loosely based on the true story of Eddie Waitkus, a major league baseball player from 1941-55. Malmud created his somewhat mythological character, Roy Hobbs, to portray similar characteristics of Eddie’s life, who was known as a “natural.” For instance, in 1949 Eddie was shot in the chest by an obsessed fan, and this injury follows Hobbs throughout the film.

Reviews were mixed on this film that takes place in the 1930s and follows Hobbs’ life and loves, as he is embroiled in blackmail and game “fixing.” He becomes an Arthurian-like legend in his own right in his quest to be the great baseball player of all time. There are, indeed, mystical qualities about this film that have much to do with the cinematography in terms of lighting and highly stylized costuming, and the film itself has stood the test of time.

It is fitting to some then that a documentary would be made about the making of this film to celebrate its 30th anniversary. This tribute consists of mostly candid interviews in living rooms with the stars and makers of the film, mainly the director Barry Levinson and others. In actuality this documentary consists of bits of interviews that had been shot throughout the years and pieced together, which is apparent through its production quality.

This movie then consists of stories being told about how the film was made; anecdotes about other actors and workers on set; a half an hour of extras talking about their personal experiences; and another half an hour of everyone praising Buffalo, N.Y., and its residents where the film was made. While The Natural itself was inspiring to some, this depiction of the making of the movie was slightly underwhelming, but the camaraderie displayed and the sacrifices made to see this production to completion is commendable.

For baseball lovers of all ages, The Natural: The Best There Ever Was is an insightful behind the scenes depiction of the making of a movie that has stirred hearts for decades.