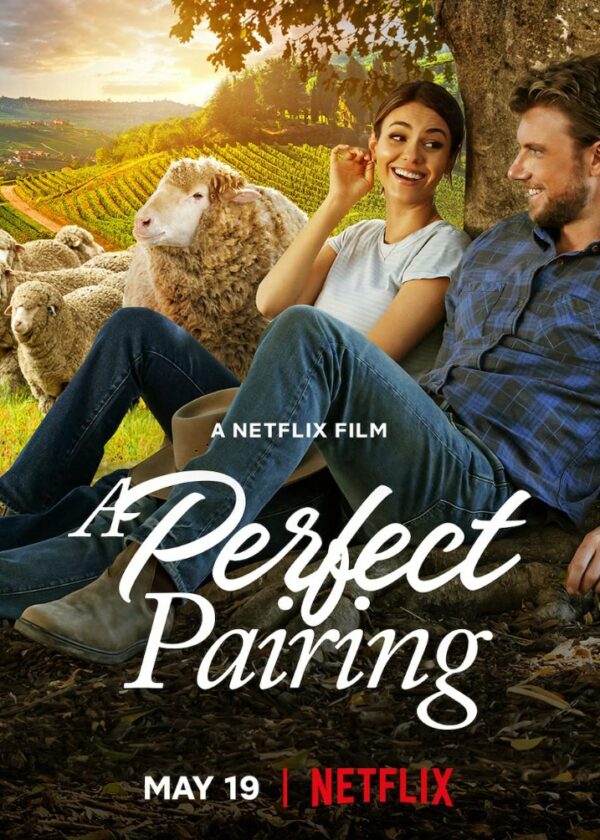 It follows a hard-driving LA wine-company executive who travels to an Australian sheep station to land a major client and there she ends up working as a ranch hand and sparking with a rugged local.

When Lola, a successful wine buyer for a large company in L.A., gets a promising lead on a new client, Vaughn Family Wines in Australia, she excitedly tells her work bestie, Audra. Audra, however, doesn’t have such pure intentions — at the staff meeting the next morning, Lola finds Audra pitching Vaughn Family Wines to the team in an attempt to steal Lola’s client and pending promotion. And Audra has already secured a meeting with Hazel, the owner of the Australian vineyard, as soon as she returns from a month-long sabbatical. This betrayal, coupled with her boss’s inability to stand up for her, is the final straw for Lola. She decides to leave the company to start her own business, Salut Imports, and secure the prestigious Vaughn Family Wines on her own. Lola books a flight to Australia, prepared to pitch her company to Hazel in the midst of her sabbatical, but instead finds herself working as a ranch hand at Hazel’s family sheep station as she tries to gain her trust (and the approval of the cute lead ranch hand, Max).

The plot of A Perfect Pairing includes the typical cliche rom-com storyline — a big city girl thrown into a rustic work environment while she works toward her dream job. And (spoiler alert), of course, she falls in love and reaches her goal in the end. While the film doesn’t tell a totally new story, it does, however, place a unique, and somewhat believable, spin on the romance narrative we all know and love.

This heartwarming film is filled with comic obstacles that Lola must face, but each of those obstacles also leads to the strengthening of her character and her recognition that life is too short to prioritize those who fail to respect her. While it does include cursing, mild violence and borderline nudity, a clearly budding relationship between Lola and Max, and, un-surprisingly, alcohol, A Perfect Pairing also showcases integrity, loyalty to oneself, and the importance of apology and forgiveness. It’s also important to note that, while those negative factors are present, their prominence is on the milder end. Lola exemplifies an imperfect human who, despite mistakes, continues to do her best.

With genuine characters who don’t always fit the traditional rom-com mold, A Perfect Pairing shows how trusting your gut and staying true to yourself can be far more rewarding, not to mention healthy, than keeping the status quo. In light of the fact that this is an entertaining, feel-good movie, parents should be mindful of the following aspects: it does include cursing, Lola is shown in her panties and a t-shirt at the pool, there are scenes that display intoxication, and, while this isn’t a major part of the movie, there is a lesbian couple. Overall, A Perfect Pairing is a cheerful film, filled with breathtaking scenery, characters who complement one another, and a lead who proves that staying true to oneself is far more valuable than giving in to peer pressure.

A Perfect Pairing is Dove approved for ages 18+.

Victoria Justice delivers a quirky, yet passionate, performance as an upscale wine buyer from L.A. who will stop short of nothing to reach her goals — even if it means working for two weeks as a ranch hand on an Australian sheep farm to secure her dream client.

Lola continues to stand up for herself and what she believes is right.

Max and Lola are seen kissing on multiple occasions, including in a one-on-one overnight stay in a secluded cabin.

One scene involves a bar fight. Characters are seen throwing punches but no blood or bruises are present.

The entire film is about alcohol, as Lola is a wine buyer. Multiple scenes include drinking and drunkenness — most of which are more comedic than anything else.

Lola is seen in a T-shirt and lace-trimmed panties when she gets into the pool with Max.

Audra betrays Lola at the beginning of the film. One of the ranch hands, Sam, is a lesbian and her girlfriend, Heidi, is pregnant. At the end of the film, Sam and Heidi get married and Henry pronounces them “wife and wife.”