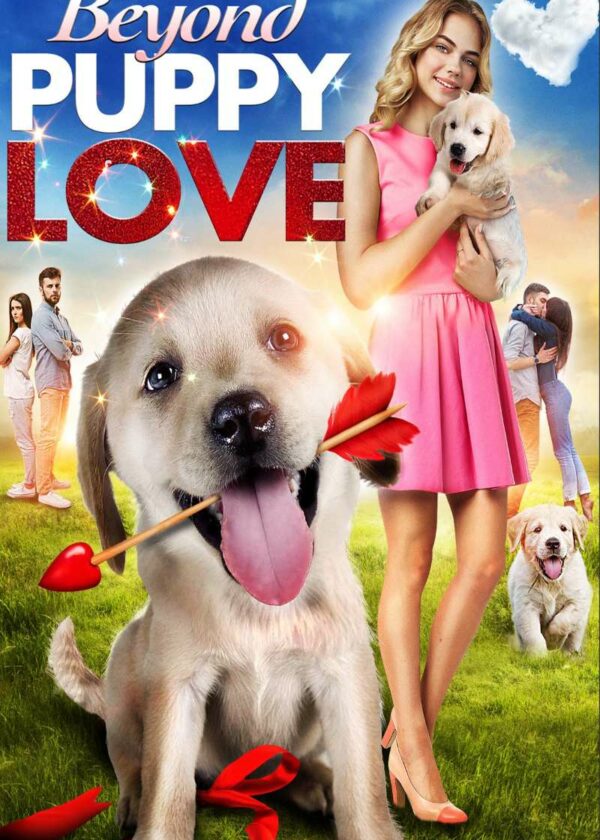 Seen through the eyes of a young girl on the verge of womanhood, Mary discovers that puppy love is more than just a trip to the animal shelter. This story illustrates how the lives of six people can be changed with a little help from a pre-teen matchmaker and three adorable puppies.

Now here is a good example of a heartwarming family-friendly film. A young girl, Mary Carver, charmingly played by Katherine McNamara, is promised a new puppy by her dad, Bill (Kevin Brief). But there’s one condition — Mary will have to earn an A on her final test at school at Park Hill Elementary. She nails the A as her teacher, Mr. Hill, wishes the class well and mentions they will be headed to junior high in the fall. In a humorous scene after the kids leave the classroom, darting out for the summer months, Mr. Hill puts his arm around two lady teachers and says, “They actually believe the vacation’s for them!”

Mary and her father head to the Wayside Waifs animal shelter, and they see a trio of three cute white puppies. She picks one and names the puppy “Tillie.” In what will be intersecting stories, the other two puppies will find an “owner” in time.

Cynthia Parker (Jilanne Klaus) was left standing at the altar a couple of months before by her fiancé. She is seen coming home and eating the only thing she has in her refrigerator: a box of several-days-old Chinese food. She has obviously been depressed. A friend visits her and urges her to adopt a puppy. She speaks of a puppy’s unconditional love and that it’s “someone to warm your feet at night.” She also suggests that she take Cynthia out for dinner.

Cynthia winds up looking at the puppies at the same time Mary shows up to pick one. Mary decides on Tillie and Cynthia picks “Lexy.” A humorous scene follows in which Lexy wants the bed, and she makes a snack out of part of Cynthia’s shoe.

Cameron Banks (Jeff Fahey) is a supervisor at the animal shelter, and he will soon be introduced to Mary’s Aunt Karen (played by Dee Wallace of E.T. fame). Mary is the little matchmaker and sure enough, Aunt Karen hits it off with Mr. Banks. Later, Mary jokes that Mr. Banks and Aunt Karen were playing “kissy face.” However, Mary’s not finished yet. Mary spots a man at the pet cemetery named Eric Andrews, who recently lost his dog, Romulus. She sees he is sad. She introduces Eric to Cynthia, who is still getting used to Lexy. One puppy remains-Bailey. It’s Mary’s hope that Bailey will find a home with Mr. Andrews. And that Cynthia and Eric Andrews will become a couple.

This delightful movie features several funny scenes, including the one in which Cynthia tells Lexy, “No coffee for you. The last thing I need is for you to have more energy!” And another example is when Bailey takes Eric’s spot on his sofa.

The film features a bit of drama too. Mary’s mom, Ellen (Cynthia Hyer), is away from home a lot due to her job. There is tension between Mary’s dad and mom over it, but they work through it. When Mary arranges an unknown meeting between her parents, Bill tells Ellen, “I think we’ve been had.”

The viewer will not “be had” by watching this heartwarming and wholesome movie. The performances are all good and the puppies define the word “cute.” The movie has easily earned our Dove seal for All Ages. Very young kids might find a few of the romantic scenes to be boring!

Beyond Puppy Love has something for the entire family-comedy, romance, and as cute-as-can-be puppies!

A husband and wife both work at their marriage, despite the tension over her being away from home a lot due to her job; an animal shelter supervisor works hard to find homes for the puppies and other dogs; a woman helps her lonely friend by suggesting she adopt a puppy.

Not unless you count a puppy chewing on shoes.

Some mild tension between a married couple over the wife’s job.