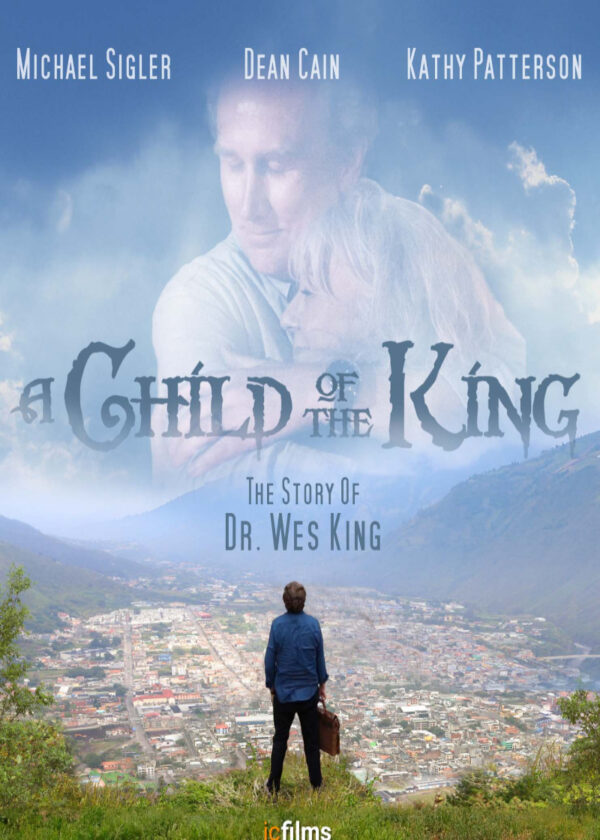 A Child of the King

An American doctor establishes an orphanage in Ecuador to help the starving and homeless children of the Amazon rain-forest.

There’s a lot to like about this film. Its strong faith message is strengthened even more by the likable cast of actors, which includes Dean Cain. Dr. Wes King is a missionary in Ecuador who has ministered to many children and adults over the years, the starving and homeless in the Amazon rain-forest. He recently lost his wife, Brenda, and he carries on as best as he can. Dean Cain plays his son, Todd, who is seen at his mother’s funeral and later visits his dad and encourages him with, “God has your back,” which is a real uplifting theme of this movie.

In Nebraska, a lady named Donna has lost her husband, but she and Wes are long-distance pen pals. In fact, in one scene he is writing a letter to Donna and a friend mentions that e-mail is easier. “It’s less romantic … I mean less personal,” he replies, giving away his feelings for Donna.

There are challenges for the characters in this film. Would-be sex traffickers plot to kidnap some of the kids, while Wes and his staff remain vigilant to keep them all safe. The police of Ecuador raid Wes’ mission and village, and Wes has to flee. Someone has shared false information. In the meantime, Donna feels as if God is speaking to her heart that He has a big adventure for her. What does this mean and where will it lead?

The village that Wes has ministered in, and hopes to again, is in need of a pastor, and Wes keeps hoping a man he led to the Lord years before, named Mel, will answer the call.

The movie does a good job in portraying realistic people with realistic problems. For example, Dr. Wes misses his wife sometimes, and he says, “Sometimes it makes it hard for me to breathe.” Yet he celebrates being a child of the King of glory. Along with “God has your back” another theme is that God hasn’t given us a spirit of fear, but of power, love, and a sound mind” (2 Timothy 1:7). Another comment by Wes is that God hasn’t promised us a rose garden, but that He would protect us.

Donna also faces struggles, especially when she can’t get in touch with Wes for a time. She is unaware that he had to flee for a time for his own safety. But she hopes to connect with him in person soon. She does get good news that her son is adopting a child again, this time a beautiful daughter.

In an ironic twist, Dr. Wes visits Donna in Nebraska who at the same time has headed to Ecuador to visit him!

The beautiful lessons of the film include Dr. Wes pointing to his heart, and telling the children, “Jesus is here.” And Wes believes the Lord is with him, and never will leave him. Dr. Wes is falsely accused of abusing a child but as Wes and Donna both pray about their challenges, sure enough, God reveals He has their backs. The name of his mission is “The Refuge” and it is appropriately titled.

In another comedic scene, Donna meets a young man who speaks Spanish, and says, “How are you?” Pretending he understands her, he replies, “Yes!”

Will Wes and Donna finally connect? Do the children find safety from the traffickers? Will Mel finally answer the call to be a pastor? All the loose ends will be tied up by film’s end.

Due to its wonderful message, the film has earned our Dove seal for Ages 12+. Its themes are more suitable for older kids and adults.

The theme of God has your back is driven home in this inspiring film, and it’s obvious it means God has people’s backs everywhere!

Strong faith message of trusting the Lord and following Jesus.

Several examples including a missionary doctor who treats kids and adults for their health and spiritual condition; a village provides refuge and food to the needy; a son encourages his father.

A man prays for a man he says is demon possessed; the mention of demonic powers and voodoo; tension between characters; a man is falsely accused of abusing a child.