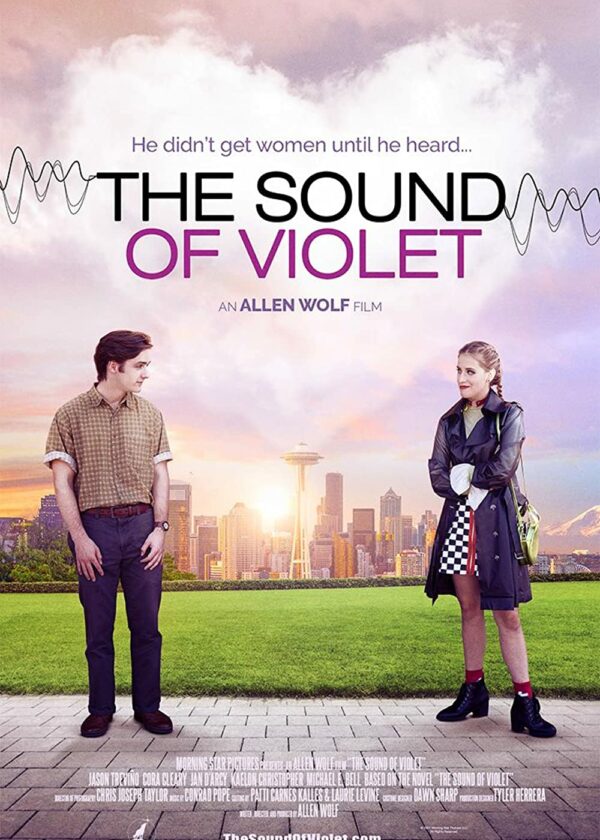 The Sound of Violet

Desperate to find a wife, Shawn meets Violet and thinks she’s his perfect soulmate, but his autism keeps him from realizing she’s actually a prostitute. Based on the award-winning novel.

The Sound of Violet is unexpected: Although it appears to be about a man with autism searching for love and connection in spite of his disdain for the latter, it is actually more about human trafficking. It can be difficult to spur people to action for a cause such as this, as its victims are most often nameless and faceless, represented by a large number in the millions, and there are so many other causes that hit home; this one feels very big to tackle, but Allen West has done a tasteful and heart-rending job of sneaking this into the narrative and making it the star, which the name of the film suggests.

Shawn (Cason Thomas), a high-functioning autistic man, fears for his future when his grandmother will eventually pass away with no one to assist him in life. Although he works as a programmer, earning a living, he is abused by his boss, does not know how to pick out his own clothes, and is consistently rejected by the women he secures for a first date. Therefore, his brother comes to his aid with wardrobe and women advice, while his worrisome grandmother provides a home where everything is taken care of, as well as constant coaching regarding social cues.

And then along comes Violet, played convincingly by Cora Cleary, who crosses paths with Sean and finds him endearing instead of off-putting. It is clear to everyone, including the viewer, that she is a prostitute, but Shawn, in his innocence, sees her essence instead, that is, part of his brain is geared in such a way that he sees colors intently, and associates them with sound, and he sees people equally deeply in some regards, while often missing the obvious.

Shawn pursues Violet nevertheless, and wins her trust and her heart, while others present as jaded and scornful, especially those who profess to be Christians. Even though Shawn is unable to even hug her, she is patient and kind with him as he learns to overcome these barriers. Likewise, it is through Shawn’s perseverance that everyone is enlightened, including Violet, who begins to fight with the eventual help of these others, to escape her abusive situation.

While there is no swearing or sex in this film, the subject matter in daunting, and certain suggestive and at times disturbing elements exist therein, such as when Shawn is beaten up by Violet’s pimp, and when Violet is trapped into human trafficking by being drugged and abused. She is threatened throughout the film.

The Sound of Violet, however, approaches these subjects tastefully through a unique set of characters and circumstances, creating awareness of both the trials of autistic people, and the suffering and hopelessness experienced by victims of human trafficking. It earns our Dove-approved Seal for Ages 12+ as an entertaining, soul-searching, and thoughtful presentation about what it means to be a Christian while creating awareness of a global atrocity.

A tasteful and thoughtful approach to a difficult subject, portrayed convincingly.

Many church scenes, and characters discussing what it means to follow Jesus in daily life, especially regarding loving others.

Shawn, especially, consistently shows patience and compassion for others regardless of his and their circumstances.

Many scenes that suggest sexual acts are occurring, while not explicitly showing any.

Some fight scenes, violent struggles, grabbing of throats, and threatening gestures with a knife.

Occasional drinking of wine, Violet willingly takes and is forced to take pills, seemingly to help control her anxiety.