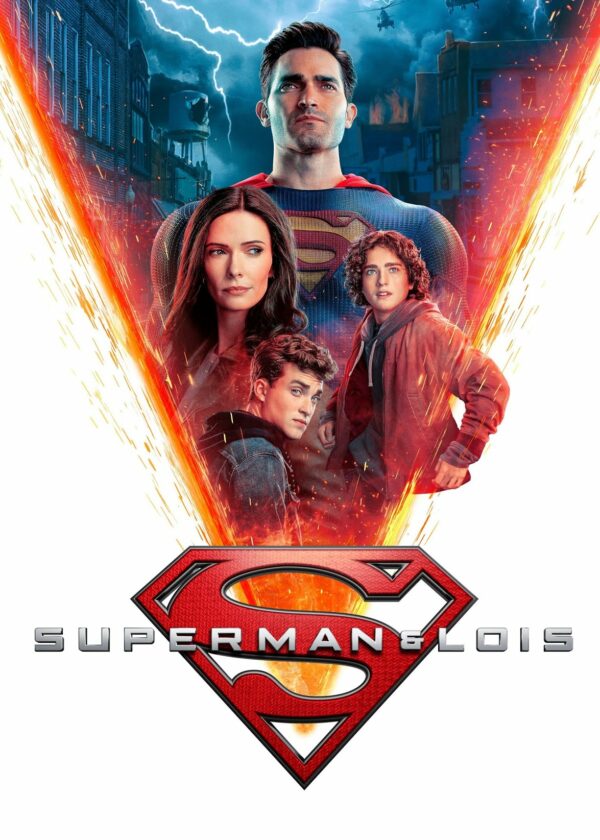 The world’s most famous superhero and comic books’ most famous journalist face the pressures and complexities that come with balancing work, justice and parenthood in today’s society.

This fascinating series is based on a unique premise regarding the mythos and history of the legendary Superman. Starring Tyler Hoechlin as Clark Kent/Superman and Elizabeth Tulloch as Lois Lane, the setting is Smallville, not Metropolis. Clark and Lois have moved back to Clark’s hometown to raise their twin sons, Jonathan (Jordan Elsass) and Jordan (Alex Garfin). Lois works at the small local newspaper, not The Daily Planet, and Clark manages to keep busy as Superman, not just saving people in his own hometown, but traversing the earth to help others in need. And he deals with alien invasions as well.

Although the episodes include such plots as Superman dealing with an evil brother, and Lois looking like a doppelganger of an alien girl’s mother, it also focuses on smaller ubiquitous circumstances, such as the teen Jordan being unable to figure out what is wrong with his girlfriend, Sarah, when she returns from camp. In addition, Lana Lang Cushing, Clark’s old flame, supports a popular candidate for mayor, Daniel Hart, but he drops out before the election and her husband, Kyle, encourages Lana to run. Family drama plays a big role in this series. And the special effects are awesome. There are no strings holding this Superman up when he flies!

Tyler Hoechlin makes a very likable Clark Kent and Superman, and he is often caught in a catch-22 situation in which he tries to balance being a dad and the world’s savior. Speaking of being the “world’s savior,” one of the plots involves a military man, with the Department of Defense, who always wants Superman to put America first, but Superman makes it clear that although he loves his country, he is willing to help any nation that needs it. This sets up some nice drama in the series. And the scene in which Superman saves a submarine from destruction features some believable special effects and a lot of tense and exciting action.

The series features clever and humorous moments which work nicely. For instance, the Kents host some guests for a time, and when Lois prepares breakfast for them, Clark tells the man and his daughter, “You’ll all get used to the roosters” (in the early morning hours). “No, you won’t!” declares the Kent boys.

There are various important themes which are examined, including the importance of working through relationships, and not quitting when life throws obstacles into one’s path. There are some moments in the series that viewers should be aware of, including the scene in which Lois says that her sister Lucy once swallowed a bottle of pills and almost died in the bathtub. And in another scene, a girl admits to her boyfriend that she kissed someone at camp, another girl, but that it didn’t mean anything. He struggles in dealing with this one-time lack of fidelity from her.

The farm setting in Smallville for the Kents does offer a family setting, and yet the family deals with the same problems that many families struggle with. In one scene, Jonathan is alone with his girlfriend in his bedroom, and Lois comes in to find them kissing on the bed, and Jonathan missing his shirt. She goes spastic and immediately sends the girl home and tells Jonathan to meet her downstairs for a talk right now! Lois is a force to be reckoned with and it is clear on how she stands regarding this kind of action in the home by her teen son. In fact, in one scene Clark also discusses it and when this kind of relationship should occur. To the show’s credit, the importance of commitment is addressed.

Other than some infrequent uses of language in a few spots, and a few scenes of kissing, the series is a wholesome show in which the family, ages 12 and above, can watch together. The series has earned our Dove seal for Ages 12+.

Family life is examined in this exciting special-effects rich show which manages to maintain a nice balance between family relationships and Superman facing off against the villains of the galaxy!

A mother corrects her son to keep him on the side of morality and responsibility; Superman helps several people out during dangerous encounters; a family takes in a family for a time to help them during a difficult period in their lives.

A husband and wife kiss; a girl tells her boyfriend that she kissed another girl at camp, but it didn’t mean anything; a father asks his daughter if her boyfriend got “handsy”; a teen boy and girl kiss on his bed but the boy’s mother walks in and puts a stop to it.

A submarine is almost destroyed but Superman saves the day.

A character mentions she wants to finish a bottle of wine; it’s said a high school student might be on steroids.

A teen boy is seen without his shirt.

Tension-packed scenes between a few characters; a mother corrects her son for being alone in his bedroom with a girl; it’s stated a young woman unsuccessfully attempted suicide.