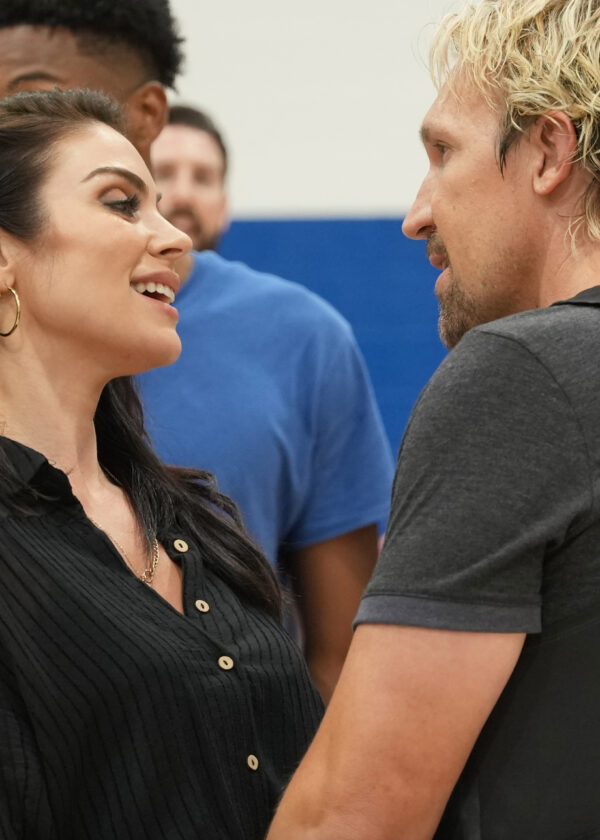 When an NBA team suddenly announces open tryouts, a high school janitor gets a second chance at both love and life.

Everyone likes Scott Beck (David A. R. White), janitor and unofficial counselor at The King’s Academy High School. He’s there for the senior athlete who seeks advice about the NBA. He’s there for his elderly, needy father (Peter Aylward). He’s there for his best friend and head high school basketball coach Nick Martin (Robert Amaya), whose dream is to become a preacher- that is after he conquers his anger management class.

Daily, as Scott works a relentlessly uncreative job, the awards hall sings out to him.  It replays in his head, his star performances in past games, which should have put him on the fast track to the NBA. But life is a nebulous thing and the NBA passed Scott by. Full of shame and loss, he stopped seeking God’s purpose for himself, and severed his romance with Ryan Aikens (Nadia Bjorlin), the sharp and stunning daughter of the Knoxville Silver Knights’ owner. He retreated to safety; a janitor job never hurt anyone.

However, there have been changes at the Silver Knights over the last couple of decades. The owner has died, and given control to Ryan, from whom he elicited a vow: to save the Silver Knights from bankruptcy.  She made that promise sincerely, and as some would say, “Miss Girl is stressing.” She has to think beyond her 94 by 50 foot court, and in order to save the team financially, she begrudgingly calls for open try-outs.  Archie (Steven Bauer), the marketing exec loves it; Head Coach Russell Banks (Harry Lennix), hates it, which doesn’t exactly alleviate Ryan’s anxiety.

While Ryan is stressing in her high-end office, Nick pokes and nudges Scott who finally decides to sweep up the slaughtered dreams, work out like mad, and take on the try-outs. And yes, of course Ryan and Scott see each other at the try-outs. To avoid a spoiler, I’ll just say we discover that Scott practically left Ryan at the altar years ago…and she’s still salty.

This is a film about persevering in patience, about realizing one’s abundant life in Christ. Throughout the film, the writers intricately weave in biblical truths that speak to all of us.  Main characters comfortably discuss their lives in terms of God’s purpose for them.  Whether it’s a FCA (Fellowship of Christian Athletes) meeting, or a scene between key characters, the dialogue is genuine and refreshing. Pastor Lawrence (Christopher Mark Lawrence) counsels Scott, “We live in an unfair world but God is faithful.” And reminds him, “Humble yourself before the Lord.”  Once Scott realizes this, things begin to change for him.

The acting in this well directed film is remarkable. David A. R. White has a wonderfully subtle way of just being real (the universal target for actors). Nadia Bjorlin creates layers that detail her performance and fill her character nicely.  And I try to watch anything Robert Amaya is in; the unique way he handles his energy makes his characters urgently funny. Other accomplished actors such as Harry Lennix, Steven Bauer and Mark Christopher Lawrence add volume to their scenes, and thus to the film.

Technically, the score successfully undergirds the events as they roll out.  Cinematography brings us beautiful drone shots as well as lighting that enhances emotion. The only thing that bothers is a few crowd and fan scenes feeling too sparse.   Overall, this film has the timeless message of waiting on God when all seems impossible, is very nicely produced and doesn’t deliver objectionable content. Dove is happy to award Nothing is Impossible the All Ages Seal of Approval.

Jesus is mentioned. Coach Martin uses a half empty cup analogy where Jesus fills that for us, but not the complete Gospel of Salvation. There are quite a few scenes of huddles of prayer, solo prayer and duo prayer.

Characters care about others, and encourage their spiritual strength.

Pronounced cleavage on Ryan in at least one scene.