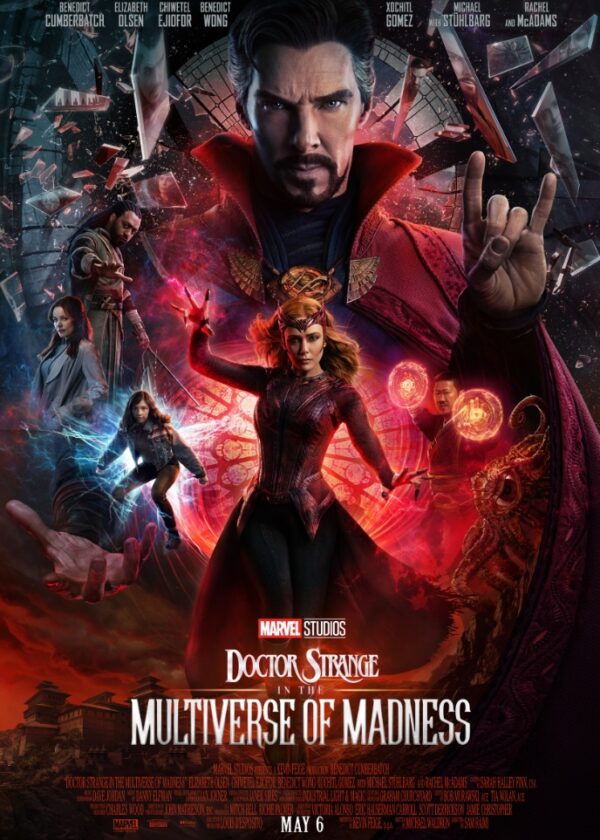 Doctor Strange in the Multiverse of Madness

Dr. Stephen Strange casts a forbidden spell that opens the doorway to the multiverse, including alternate versions of himself, whose threat to humanity is too great for the combined forces of Strange, Wong, and Wanda Maximoff.

The desire to be happy isn’t wrong, but what is allowed in our search for happiness? Are there limits? Wanda Maximoff, now fully realizing her Scarlet Witch persona, has suffered great loss through her childhood and her arc in the Marvel Cinematic Universe. Now that she’s become ultra-powerful, she decides to do use her abilities to find her kids somewhere in the multiverse.

Dr. Stephen Strange wrestles with the same issue. After a prologue where a Dr. Strange from another universe is willing to sacrifice a teen girl, America Chavez, for what is “good,” the movie cuts to the Dr. Strange from our universe getting ready for Christine’s wedding, the woman he loves but a relationship he has sacrificed for the greater good and Christine’s protection.

America Chavez has a unique superpower – she can move freely between dimensions. However, she can’t control the power. Our Dr. Strange gets involved to protect her from the Scarlet Witch, who hopes to take America’s power, kill the girl, and use that power to find a dimension where her magical kids (from the Disney+ show, WandaVision) actually exist and live with them.

The movie is a scary and violent ride through different worlds, complete with great cameos from the MCU. Viewers would appreciate seeing WandaVision, the first Dr. Strange, and the major Marvel movies to understand the plot. The excellent special effects are amazing eye candy and help tell the story well. Dr. Strange struggles with the same theme of sacrificing for what is right rather than what makes him happy.

While the foul language is less than most of the former MCU movies, and there aren’t any problems with nudity or sex, the violence is more brutal and bloodier than any of the others before it, flirting with an R rating. The death count is intense and gruesome for PG13. Dr. Strange is a sorcerer, so the high levels of spell casting are expected, but it becomes darker with the manipulation of outright evil magic through the Darkhold, the Book of the Damned, even by Dr. Strange. The film is more of a horror movie, including raising the dead, murder, zombies, occultist symbols, and souls from hell.

To its credit, Doctor Strange in the Multiverse of Madness shows the importance of choosing what is right for others over ourselves through great writing and mind-bending action, but the level of occult symbols and horror movie violence will be a concern to parents.

Dr. Strange tries to protect America, even teach and empower her instead of use her. Wanda realizes her evil by the end and tries to make it right.

Gruesome deaths of heroes, monster violence removing an eyeball, zombie and horror-type elements, violence toward a mother in front of children