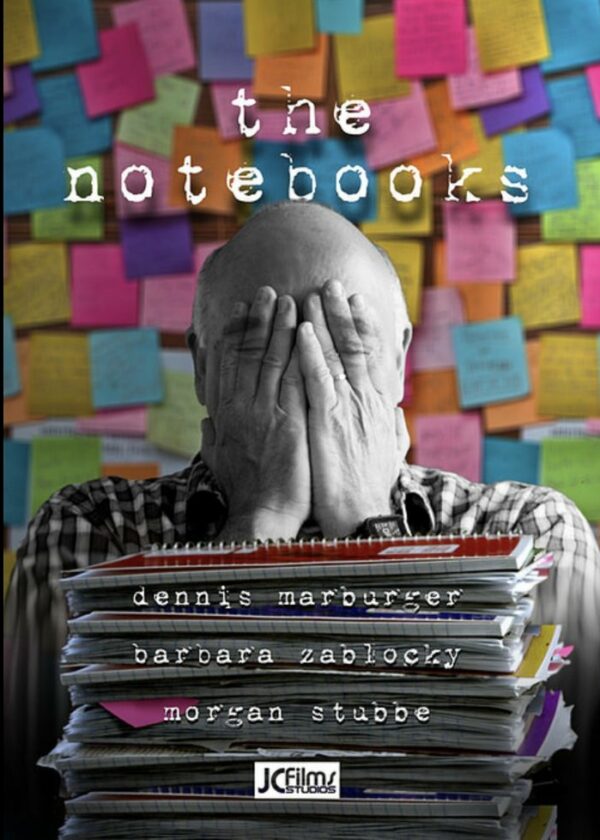 When Preston Walker suddenly finds himself forgetting his memories, he puts a game plan in place to help him remember all of his life’s greatest events by using a collection of notebooks.

The Notebooks is a heartwarming story about perseverance and friendship. When Preston Walker (Dennis Marburger) clearly dealing with memory issues, decides to run off from the safe care of his daughter, to the town where he grew up, the viewer immediately consider Alzheimer’s as a diagnosis, but in fact Preston suffers from a from of short-term amnesia brought on by a stroke. He sets out to regain his memory by revisiting his long-term memories and writing things in notebooks to assist his endeavor.

This film succeeds in portraying the anxiety of memory loss in a sensitive but palpable way — the latter through ominous music at heightened times of confusion, and Marburger does a fine job of exhibiting authentic confusion while being well-liked by all. He befriends Barbara (Barbara Zablocky), who is dealing with her own particular loss, which offers the viewer a twist near the end that is jaw-dropping.

This is a distinctly Christian film as Preston works hard to remember his faith, praying the traditional “Sinner’s Prayer” sharing the love of God with others, and visiting a church as part the exercise of wallowing in fond long term memories. As scenes cut away to his daughter, who is frustrated and frightened for her father, as she diligently hunts for him, a nice contrast exists along with a few comical moments as Preston methodically carries out his plan for personal healing.

As Preston goes about making a difference in others’ lives, sometimes in miraculous ways, his own life is changed forever in the process.

Tasteful yet well laid out gospel message, with references to faith and salvation throughout.

Preston and Barbara behave in consistently upstanding ways, helping other by being sensitive and loving.

At times mildly distressing content as Preston reaches the verge of a panic attack and resorts to tears out of frustration and fear.