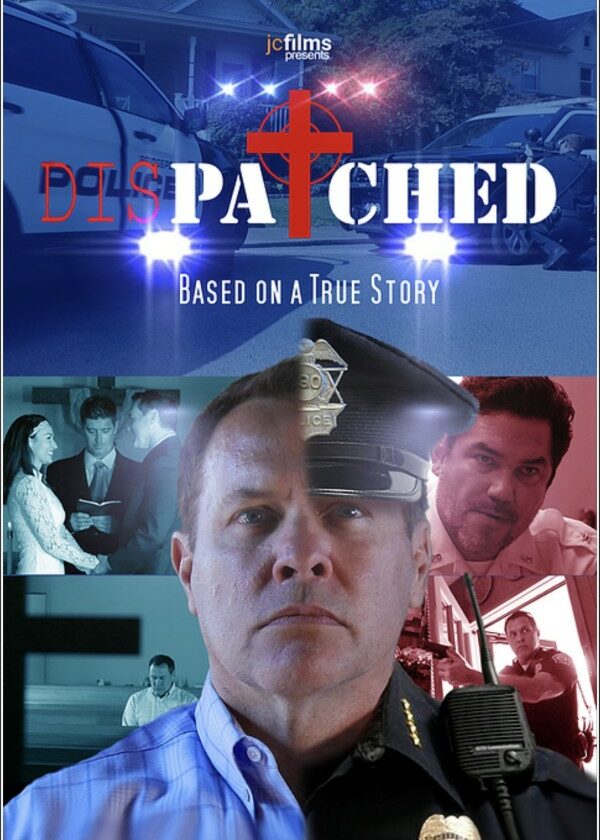 Based on a true story, Officer Carl Thomas (Jeff Moore) was fearless at going after the bad guys. But Thomas had a dark side. In Dispatched, learn how God changed the heart of a street-hardened cop into an ambassador of God’s love.

Carl, a former Army Special Forces soldier, has returned home to become a local cop. Meanwhile, childhood trauma and images of war haunt his mind, and Carl unleashes bitterness, aggression, and hostility on family and coworkers.

However, once Carl meets Christ, his life is changed. He discovers the power God gives us to forgive those who have hurt us, to forgive ourselves for past mistakes, and to offer grace to the least of these.

Though Carl’s life has radically changed since becoming a Christian, others are skeptical, unsure if he deserves a leadership role. But, through the testimonies of those he has touched, Carl has an undeniable case that God dispatches those who have the courage to serve Him–no matter their backstory.

Due to Carl’s career endeavors, several violent scenes include war flashbacks, guns, and criminal encounters. Parents of young children should also note that Carl’s physical abuse as a child is mentioned several times throughout the film. However, due to the strong elements of Faith and Integrity, Dispatched is Dove-approved for Ages 12+.

Carl, once an aggressive, bitter cop, meets Christ and is used to minister to others in unimaginable ways.

Carl’s testimony is a powerful reminder of the life-change we experience in Christ.

Drug addicts are consistent on and off-screen, though no drug use is seen.

Before Christ, Carl is hostile towards others and any mention of God; Changed criminals’ testimonies include mentions of illegal activities; Carl claims the healing preacher healed a member of their church, though it’s understood Carl meant Christ healed her through the preacher.