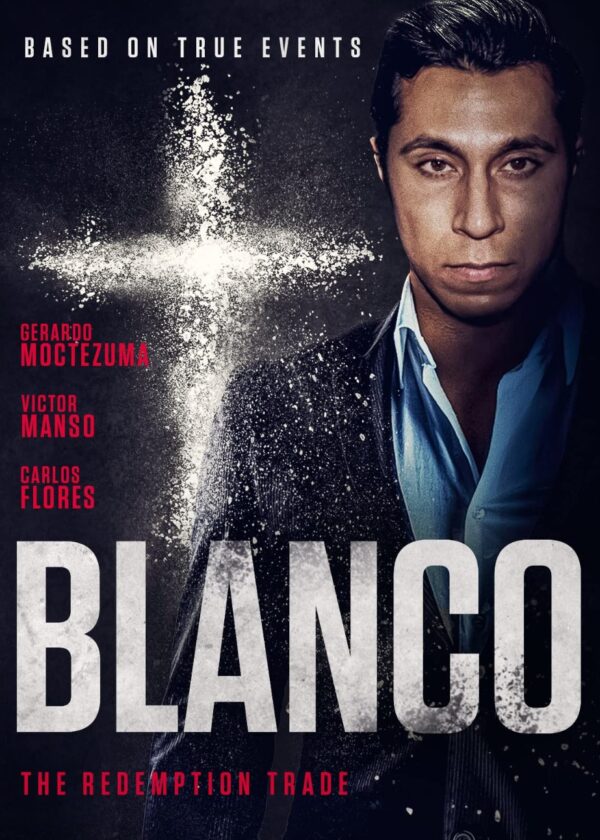 A young Latin man’s faith is tested when he chooses to live life in the fast lane and crashes head-on with its consequences.

This movie is inspired by true events. It centers on Eddy Calderon (Eduardo Calderon), portrayed by Gerardo Moctezuma, and his family, including his parents and two brothers, Fernando Calderon Jr. (Victor Manso), and his brother Benny (Jonathan Practice).

Eddy is headed down the wrong path, sniffing cocaine and taking pills, drinking, and partying. He butts heads with his father, Fernando Calderon Sr. (Carlos Flores), who abuses his wife, Eddy’s mother. The father is shown badly abusing Eddy’s mother, slapping her, punching her, and putting bruises on her and making her cry.

As stated in the beginning of the movie, Eddie says, “I’ve always felt there was something missing in my life, nothing materialistic, nothing that you can touch, nothing that you can hold. It’s something that I had to feel…love, affection.” He is shown sniffing cocaine from off the Bible, and he is heard saying, “My life had no rules, no boundaries.” We hear his narration that he used to get high on marijuana, and the first time he tried cocaine he was expecting a similar experience. Instead, “I was talking, energetic, and full of euphoria. I liked it-I loved it.”

Eddy tells us his father was a responsible man when it came to doing what he needed to do, but he had a vice for women, and he was a heavy drinker. But “when he was drunk, he would hold you. I liked my father when he was drunk.” He mentions his father’s physical abuse on his mother, punching her, and we see her nose bleed. But, he says, “she remained by his side…which is something I can never understand. No woman deserves to be treated like that.” Eddy’s brother confronts his dad about the abuse, and later Eddy attacks his father. “I won’t stop you,” says his father. Eddy questions, “How could I be a good son, if the man who created me can’t tell right from wrong?” Eddie says had he had the guts, he would have killed the old man. “But, it wasn’t worth it.”

The film shows Eddy and his friends just before 2 a.m. going into a liquor store to buy alcohol. However, they reach the counter at 2 a.m. and are not allowed to purchase it. Eddy is furious, as are the rest of his gang, and outside he attacks the man that bought liquor just before him, and he steals his. There are a few fights portrayed in the film.

One of the issues of this movie, from Dove’s point of view, is its constant portrayal of Eddy and his friends partying. We see scene after scene of characters sniffing cocaine, drinking, smoking, taking pills, and laughing and dancing.  And then it flashes back and forth between Eddy going to a Christian rehab and scenes of him partying. We don’t know at first if he has fallen off the wagon or just more scenes of his addiction from the past are being shown. Unfortunately, it is overkill. Probably one half or more of the film shows people partying. I once had a friend who told me when he sees scenes of drug abuse such as using cocaine, he is tempted to go back to the lifestyle. This film made the point early on that certain characters were addicted and it’s too bad they chose to show the partying over and over again.

There are two other troubling scenes, one in which a seemingly good-intentioned Christian musician tells people in church to just thank the Lord for forgiveness, and that you don’t have to ask for it. Yet, 1 John 1:9 clearly states we are to confess our sins. Also, at the end, even with Eddy attending church with his family and Leticia, his wife (or girlfriend, it’s not clear), he states that whether you have faith in God, yourself, or simply faith, it’s important to believe in something, which seems to potentially take the credit away from God for helping in addictions.

The movie deals with death, grief, restoration, and some important themes, including the importance of dynamic family relationships. However, we wish the filmmakers would have chosen a script which included a lot less partying demonstrated on screen. In a nice touch we do see the real Eddy Calderone, a real-life pastor, and his brother, Fernando, also a minister, at the end of the film.

Due to the excessive partying, and the use of strong language such as the “F” bomb, the film falls short of earning our Dove seal.

This film shows the consequences of partying but with too many drug and alcohol-related scenes.

Some church scenes with people praying and singing during worship; a Christian rehab place in which a man tries to help an addict.

A man changes from abusing his wife and begins to attend church with her; a man knows he needs help with his addiction and reaches out to a rehab group.

Kissing by couples and a man and a woman apparently have a child out of wedlock.

Several uses of language including repeated uses of the “F” word; Sh*t; B*tch.

A man physically abuses his wife on screen with punching and slapping her and we see blood and bruises; a few fight scenes between drunken or high men; a woman draws a knife on a man.

Almost constant drug-use which includes the sniffing of cocaine; taking pills; talk of using or getting drugs; drinking; getting drunk; the mention of crystal meth.

Strong tension between some of the characters; arguments; death and grief; the question of whether God helps us or we help ourselves; a comment that we don’t need to ask for forgiveness of sins.