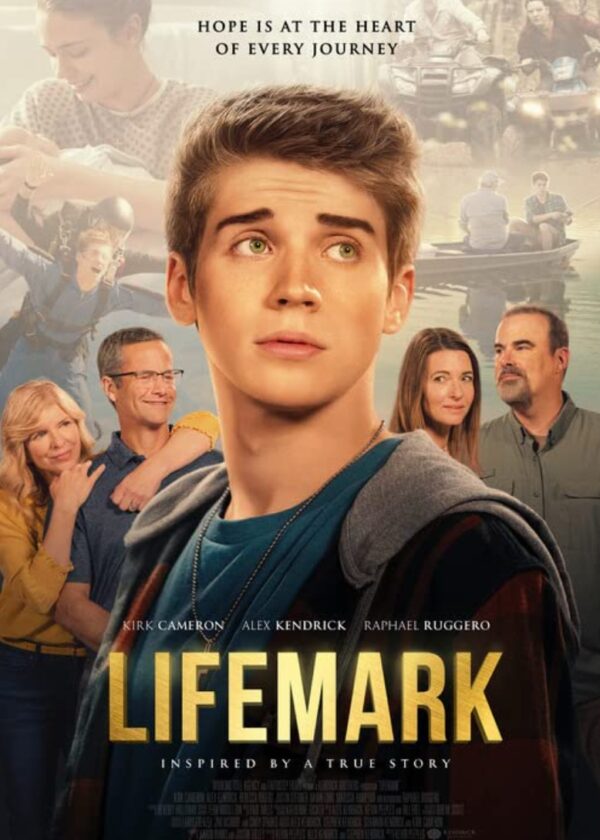 David’s comfortable world is turned upside down when his birthmother unexpectedly reaches out to him, longing to meet the 18-year-old son she’s only held once.

A young man coming of age is faced with questions about his biological parents in the new film Lifemark, the latest release from the Kendrick Brothers (War Room, Fireproof, Courageous). David, the central character, is part of a loving Christian family with supportive friends when he receives a message from his Melissa, who put him up for adoption as a baby. This message and the option to discover more about the woman sets the wheels in motion for a story of self-discovery and possible reconciliation.

Lifemark transposes David’s life with flashbacks of his adoptive parents as young marrieds dealing with the aftermath of a miscarriage and a challenging road of adoption. At the same time, his biological parents’ worlds are rocked with news of an unplanned pregnancy and the decisions they wrestle with over what to do. The closer David gets to the truth about himself, the more is uncovered about how each person’s life was affected by his arrival, and the question remains if he will meet his parents and if so, what will their reaction be?

The Kendricks have leaned on issues of fatherhood in previous films, and while there is a large stream of that here, the main theme is the sanctity of life. In a flashback, Melissa and her boyfriend Brian are at an abortion clinic, ready to terminate the pregnancy when she reconsiders. Because of that last-minute decision, David was raised in a godly home and from all indications is growing into being a man of God. The story celebrates and applauds that decision, while still showing care to the young couple who were put in a difficult situation.

Along with its pro-life theme, the film points to God as the life Giver and the Source of happiness. It is God-honoring and David’s family are devout, church-going Christians. David’s father Jimmy, played by Kirk Cameron, is a rock, even when David’s wrestling career is sidelined early in the story. “God has a plan for you, David,” he reassures him.

Based on a true story, Lifemark is a story that will bring families together and share pro-life, pro-family values in a non-threatening or condemning way. It shows how beautiful and blessed it is when a person makes the choice for life and living for God.

The film is full-on evangelical Christian, giving God credit for life and the good things found in it. The family prays together and encourages each other spiritually.

Many of the characters are already devout Christians, but the ones who are facing challenges come to see the benefits of choosing God’s way.

The plot revolves around the resolution of an unwanted, unplanned teenage pregnancy.

Discussion of abortion, although not in graphic detail.