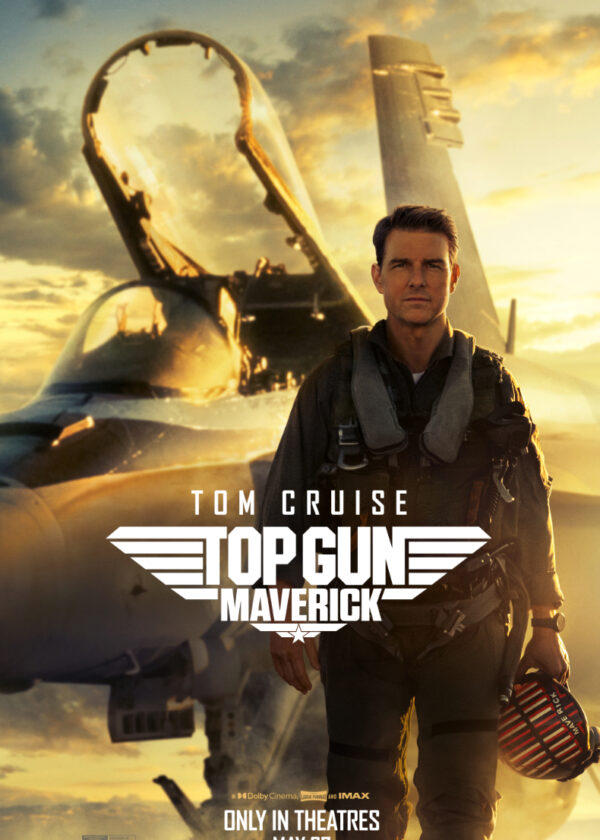 After more than 30 years of service as one of the Navy’s top aviators, Pete Mitchell is where he belongs, pushing the envelope as a courageous test pilot and dodging the advancement in rank that would ground him.

If you were a fan of the original Top Gun, you’ll be a fanatic after watching its sequel, Top Gun: Maverick.

Ice Man has worked his way up the ranks, climbing to a prestigious position as Commander of the Pacific Fleet. His honorable, inarguable rank and continued friendship with Maverick have kept Mav out of trouble (sort of) for the last 30 years.

However, when a special U.S. mission requires dog-fight combat like the military has never trained for, let alone engaged, Maverick returns as Top Gun’s lead instructor.

Top Gun gathers its 12 best recent graduates, all young and desperate for real action, and Maverick must select the top six for this classified mission. Instructing this elite group of aviators seems like an honor, a chance at nostalgia, until Goose’s son, Bradley (call sign Rooster), is selected as part of the 12.

Rooster still holds resentment towards Maverick and blames him for unhealed wounds of the past. As training time runs out and the top six must be selected, Maverick and Rooster have a lot of challenges to overcome (both in the airplane and back at the hangar).

From an overall thematic stance, this movie is excellent, well-produced. The technology behind filming multiple high-intensity scenes far outpaces the 1986 classic.

In addition, themes of camaraderie, forgiveness, and bravery are significant. (And as a bonus, the sequel has far less sexual content than the original Top Gun.)

However, cussing is prevalent throughout the film. The F-word and GD are used once or twice while other cuss words (A, B, D, H) show up consistently throughout the script.

Due to the language and occasional brawl taken too far, this film is Not Dove-approved.

The admiral says that the only reason Maverick is alive is because of “the Almighty and [his] guardian angel.”

Consistent themes of camaraderie, forgiveness, and bravery; nobility and sacrifice prevalent; Maverick has grown into a humble character.

Maverick and his love interest heavily kiss at the close of the movie; sex scene implied without nudity or explicit content.

F and GD used once or twice; multiple uses of A, B, D, and H; insult regarding male genitalia used too.

An intense scene featuring fighter-pilot combat; a few students get into a physical altercation.

Several bar scenes where characters drink; no one is ever drunk.

Heavy scenes regarding sickness, death, and the past are scattered throughout the film.