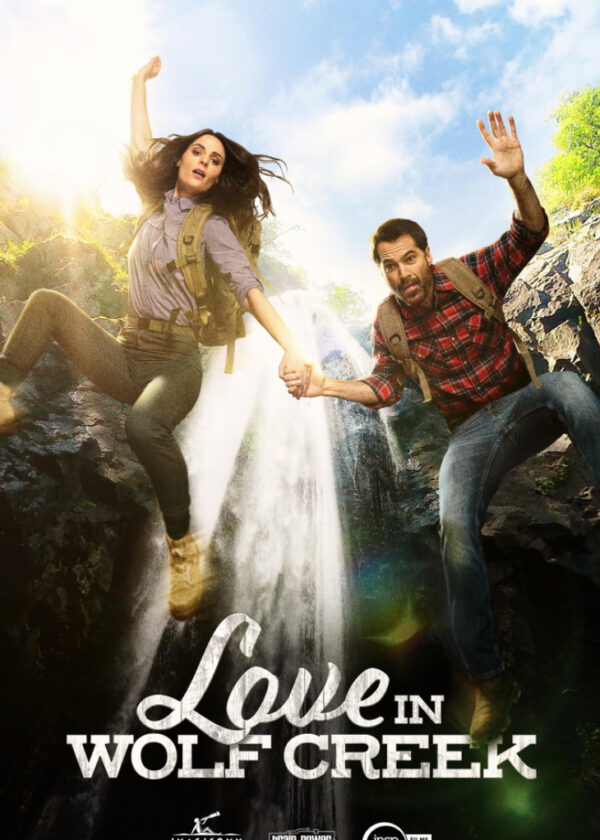 Austin and Samantha unexpectedly team up to help save a conservation refuge and may find something more in the process.

A suspenseful movie that features solid acting and a picturesque setting, this film is one that the entire family can enjoy together. Tim Rozon stars as Austin Spencer and Nola Martin as Samantha Gavin, who unexpectedly team up to help save a conservation refuge which features raccoons, beavers, and a wolf.

Samantha is terrific at caring for the animals, such as a horse that has been injured. Her sister, Sunny (Madeline Leon), also helps, and when an influential woman, named Olivia, agrees to come see the animal preserve, to make a possible donation, they are thrilled. Samantha goes to a local store to pick up some cupcakes and to prepare for the visit. A truck driven by Austin Spencer has been parked awfully close to Samantha’s vehicle, and when he tries to help Samantha, who has her hands full, Austin accidentally causes Samantha to drop the cupcakes. They have a shaky introduction and yet it is obvious that there is an attraction between the two of them.

Sunny helps Samantha by taking a video of Samantha doing such things as gathering eggs from an eagle’s nest, and Samantha isn’t impressed with Sunny. Yet, Sunny is soon able to tell her that the video has a thousand “likes”. Sunny jokingly tells her, “You need recognition for all the boring stuff you do.” “I don’t need recognition,” replies Samantha. “The refuge needs funding. Likes and views do not pay the bills.” Samantha, ever the practical sister, wants to build larger enclosures for the animals, and needs feed for the horses.

Hope is revealed in the form of a nice song titled, There is Light. And Samantha will need it. A man with a rifle is stalking the wolf and intends to kill it to gain some pelts. It is obvious that this protected land, which features wildlife and domesticated animals, is in danger of losing one of its precious own, the wolf. The wolf, an Alpha animal, has the ability to help protect the refuge.

Austin’s grandmother, Mariana Spencer, known as “Nana”, tries to play matchmaker between Samantha and Austin. She owns a hardware store and when the man with the rifle attempts to buy some bullets at the store, he is told that they cannot be sold there. A man named George, who hit his brakes when he spotted the wolf, learns some blood was spotted on the road after this. Did George accidentally hit the wolf, or could the man with the rifle be responsible? After Austin helps Samantha pull a splinter from her horse, he offers to help her track the wolf, and she immediately dubs him “Tracker Man”! Samantha shares her plan and says, “And boom! We’ll rescue the wolf.” Humorously, Austin replies, “Let’s try to avoid any ‘boom’!” One of the suspenseful scenes in this intriguing film includes Austin and Samantha running from yellow jackets.

When Samantha falls into a well pit while tracking the wolf, Austin goes down after her. They both are trapped and the man with the rifle comes by, letting them know he plans to leave them there and to track the wolf until he finds it and kills it. Again, this suspenseful movie will keep the viewer eagerly watching to see if all the loose ends are tied up. Will Austin and Samantha get out of the pit? How? Will the man with the rifle kill the wolf? If they survive, will Austin and Samantha wind up as a couple? And will the animal refuge survive?

There are a lot of things to like in this film, with just a few brief content issues, none of which are graphic. There is a brief fight between Austin and the man with the rifle, and a brief kissing scene, but nothing close to being over the top. Therefore, the film has earned our Dove seal for All Ages.

This picturesque and suspenseful movie is one the entire family can enjoy watching together.

Various people help to try to keep the animal refuge going; a character helps an injured woman; animals such as a horse and wolf and eagle are cared for.

A brief kissing scene between a man and woman.

Two men get into a brief fist fight and one man has a little blood on his mouth; a wolf has been injured and a bit of blood is seen on the wolf; a truck is shot at, not to hurt the driver but to stop a criminal from leaving and he crashes into a tree and a truck window is shattered but the driver survives; a woman injures her ankle falling into a pit and a man bandages it and helps her.

Tension as a man wants to kill a wolf in an animal preserve; tension between a few characters.