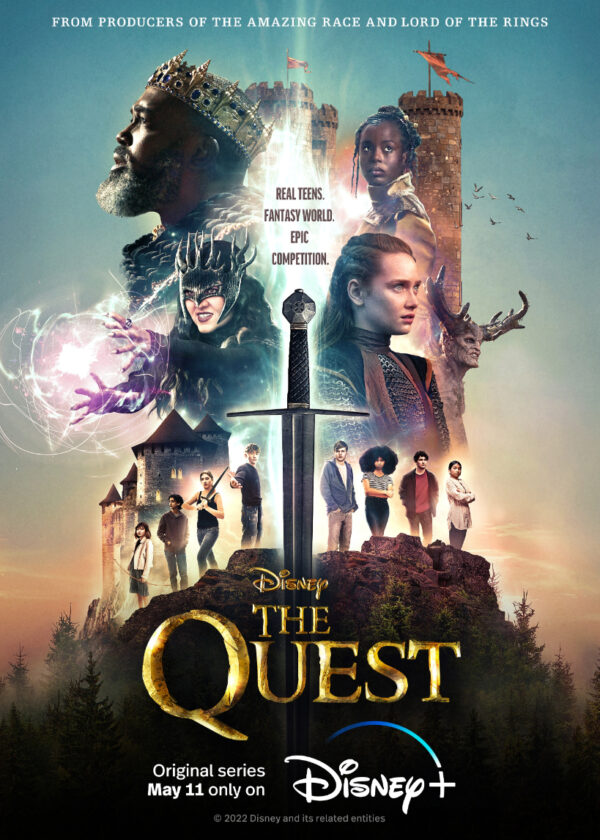 A ground-breaking immersive competition series that drops 8 young people into the fantastic, fictional world of Everealm, where they must save a Kingdom by fulfilling an ancient prophecy.

Virtues like courage are more important than pleasure and power. The Quest on Disney+ is a unique reality show where teenagers are immersed within a fantasy world similar to Dungeons and Dragons and Lord of the Rings, and their goals are to collect gems that represent virtues like courage until one of the contestants shows themselves to be worthy of being the One.

In a battle in Everealm, the dark sorceress Tavora and her Dark Legion defeat and kill King Magnus of Sanctum. Before his death, he gives the Divine Crown with a trusted warrior to protect his children. The four gems of the Divine Crown are missing, and eight “Paladins” are summoned from our world to find them. Once the four virtue gems are found, one of the Paladins could be the One True Hero that has the power to save Everealm.

The eight Paladins are teenagers from America, and each episode is a progression through the finding and reclaiming of the gems. The challenges are related to the virtue – they must overcome fear to get the gem of courage, for example. The teenagers work together while experiencing the narrative of the show.

A large portion of The Quest is scripted, and it is not your normal reality show full of drama with the teenagers. The narrative is the focus, and the times where we get to see the Paladins as kids and learn more about their personalities are rare. The costumes and set design are phenomenal, and the story of the show is fun and right in line with the fantasy genre.

In regards to content, the villain is an evil sorceress, and there are other magic and wizard elements in the show. There is an evil witch in the first episode with incredibly realistic costume and makeup, and parts could be scary to smaller kids. But it is clear this is an elaborate game. Otherwise, the show is made for kids and extremely clean. For a positive, the show focuses on good character and what it means to be a hero, and the kids do a great job working together and encouraging each other.

The Quest on Disney+ is a fun and interesting reality show with teens immersed in a fantasy world and storyline to challenge the contestants to learn and show positive character traits that all kids need to learn.

The kids are encouraged to work together to win. Virtues are more important than pleasure and power. The show is seeking out the four virtues.

Elements of magic and evil sorcerers.