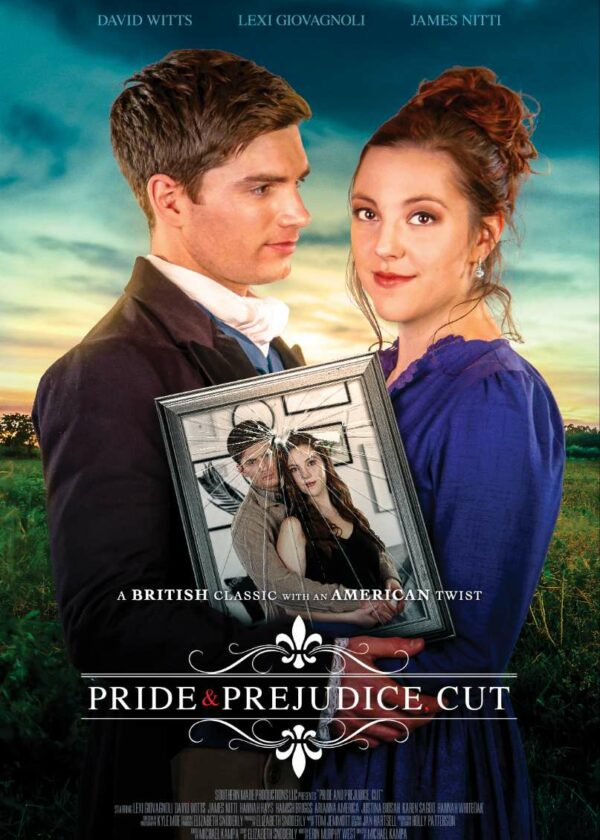 A woman lands the role of a lifetime when she is cast to play Elizabeth Bennet in a new movie version of “Pride and Prejudice.”

This movie takes a unique approach as it looks at the difficulties a young actress faces as she attempts to learn a British accent for her first role in a film. This American actress, Kate Miller (Lexi Giovagnoli), has been an actress on the internet, and she has a large following. But this is her first real opportunity to make it big as this picture, Pride and Prejudice, would be her first major film role. She is the only American actress who is cast in the role, and it proves to be a problem as she struggles to learn the British accent. It doesn’t help that the male lead in the movie, Liam Walker (David Witts), is arrogant and self-absorbed and has no patience with her attempts to learn the accent. He says an English actress should have been given the part. Conversely, there is a funny moment in one scene in which the differences between British and Americans are mentioned, as it pertains to food, as Americans call them “cookies” and the English call them “biscuits.”

However, despite Liam’s attitude, Kate begins to slowly win him over as she won’t quit, keeps trying, and even stands up to him. And, oddly enough, she responds better to his dialect coaching than to any of the others who try to help her. A producer of the film, Jackson, and the director, Sophie, tell her they will work with her, but she must learn the accent by the first day of shooting-or she will have to be replaced. It doesn’t help that another actress, Emilia, undermines Kate, as she wants the role for herself.

Kate and Liam do have chemistry, as Sophie tells them one scene was “breathtaking.” Kate continues to give updates on her web program, and she is honest about her difficulties with the British accent, and she also admits to certain people undermining her. A main producer, Phillipa, who is underwriting the film, learns of this and is unhappy, demanding that Kate stops doing it. But Kate feels honesty is the best prescription for her program and refuses to back down. And when Emilia lies to Kate about the location of an important party in which Phillipa will attend, Emilia’s agenda becomes very transparent.

When Emilia seems to succeed in replacing Kate in the role, of all people it is Liam who comes to Kate’s defense. Is Liam falling for Kate? Just as importantly, is Kate falling for Liam?

Kate’s consistent line of, “Follow your dreams and always be true to yourself,” begins to rub off on various members of the film. She regularly uses the line on her web program. And following your dream is a nice theme of this movie, which does a good job in demonstrating that hard work, perseverance, and some good friends can help make dreams become a reality.

This film has earned our Dove seal for Ages 12+.  It does a nice job in showing how honesty can go a long way in living a good, moral life. And the music is also a plus, as the movie includes a great song titled It’s good to be alive.

This is a unique film which features solid acting, a developing story, romance, and the great theme of following one’s dreams.

A woman continually shares the truth as she sees it, even when it’s not popular; a man stands up for a woman for being honest.

None, although one character asks another, “Are you stupid?”

Several scenes of the drinking of wine or wine being carried on a tray; comments about drinking; a toast is given.

Tension between characters; a few characters try to undermine other characters.