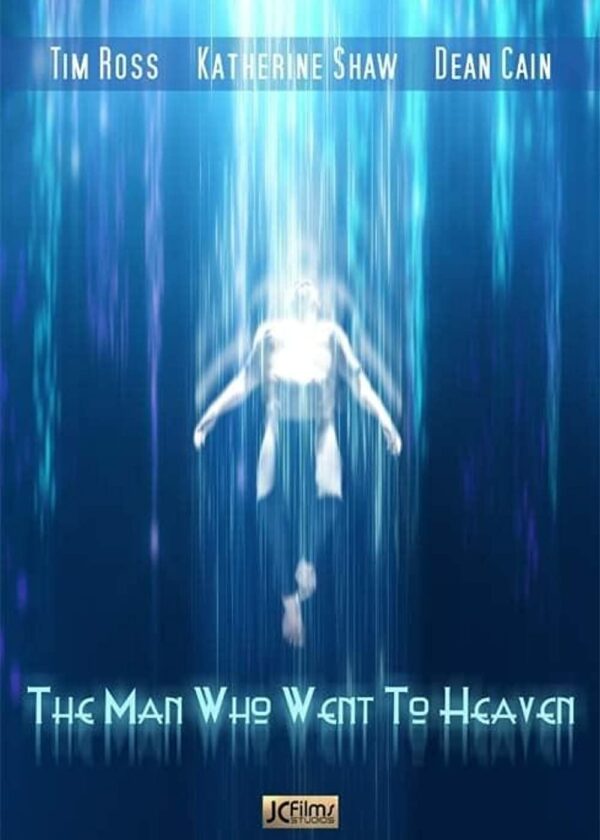 The Man Who Went to Heaven

After David Burrows was fatally shot in a robbery in his store, he returned from the dead to tell others about his after death experience.

This inspiring movie makes the point that people need to think of heaven more often — in fact, it’s a shame if people don’t think of it at all. During a robbery at a local store, the general manager, David Burrows (Tim Ross), sees the crime in progress on his monitor and rushes out to help. He is shot by the robber and vivid red blood is seen on his white shirt as he falls to the floor.

David is rushed by ambulance to the hospital, but surgery will have to wait until he stabilizes. His wife, Heather, who is gardening, drops her garden tool when told the news and rushes to the hospital to be at his side.

At one point, the electric paddles were used on David when his heart stopped beating and we later learn that it stopped beating for 20 minutes. When his heart starts up again, a nurse exclaims, “We’ve got a pulse!” And he’s soon rushed into the O.R. for surgery. His wife and children pray for him. In a touching scene his wife cries next to his bedside, telling him he is going to heal and get stronger. “I need you,” she says, “I love you.”

David amazingly survives the operation and begins to recover. The surgeon, Dr. Rick Nelson (Harvey Roberts), makes the following profound statement: “This is the kind of story people write books about, because that man never should have survived.”

The film jumps ahead six months into the story and David writes a letter to someone named Rachel, and says he is sorry for what happened. But who is Rachel? Dr. Nelson writes a book about medical miracles and life after death and goes on a tour, giving speeches about the man he considers to be a walking, living miracle. In a nice scene we see the close-up of a cross in a chapel. Pastor Duprey (Dennis P. Marburger) speaks with David about his experience, as David believes he went to heaven. The pastor quotes Paul about being absent from the body and present with the Lord (2 Corinthians 5:8).

Later, David speaks on TV in front of an audience with Pastor Grooms (Dean Cain). Pastor Grooms asks about David’s experience and if he saw the Bible in heaven, the church, or heard preaching. David says no, and Pastor Grooms laughingly says that maybe he went through the wrong door! The audience chuckles at his comment. Dean Cain is very good in his role.

Later, David agrees to appear on TV with Pastor Grooms and a panel to discuss his experience and what the Bible says about heaven.  But Heather has discovered a journal David has written about seeing Rachel in heaven, and she can’t help but wonder what David saw and who Rachel is. It will all be explained in an amazing and surprising scene.

The climax of this film occurs after the panel of pastors share what they believe the Bible says about heaven, and then David arises and quotes Luke 11, about when the disciples wanted to know more about the kingdom of heaven, and said to Jesus, “Lord, teach us to pray.” Jesus followed with the Lord’s prayer. David goes on to say, “We need to preach about heaven, we need to celebrate heaven. You don’t have to believe I went to heaven, but please, believe in heaven.” Pastor Grooms and the other pastors, and the audience members all stand to their feet and applaud David’s words. Fittingly, the service ends with a great rendition of Amazing Grace and it is appropriately played through the closing credits. The film packs a lot of good story in its 65-minute runtime.

This inspiring film has earned our Dove seal for Ages 12+. There are a few bloody scenes in the beginning, but they are not gratuitous. Parents should consult our content listing as certain parents may be fine with their children a bit under 12 watching this incredible film.

This remarkable film will have your family thinking more about heaven, and just how great it will be-and all because of the grace of God.

Jesus and Luke 11 are quoted; chapel scenes; two pastors speak with a man and a panel of pastors quote the Bible; comments about the reality of heaven.

A man seeks to know more about heaven; a pastor tries to counsel and help a man; a man’s loving family stands with him as he recuperates from a serious surgery.

A wife kisses her husband on the cheek.

A robber shoots a store manager, and a few bloody scenes are shown, with blood on the man’s white shirt, and on his hands.

A man has regrets regarding a decision but finds forgiveness; the pain of waiting to see if a loved one survives a close call.