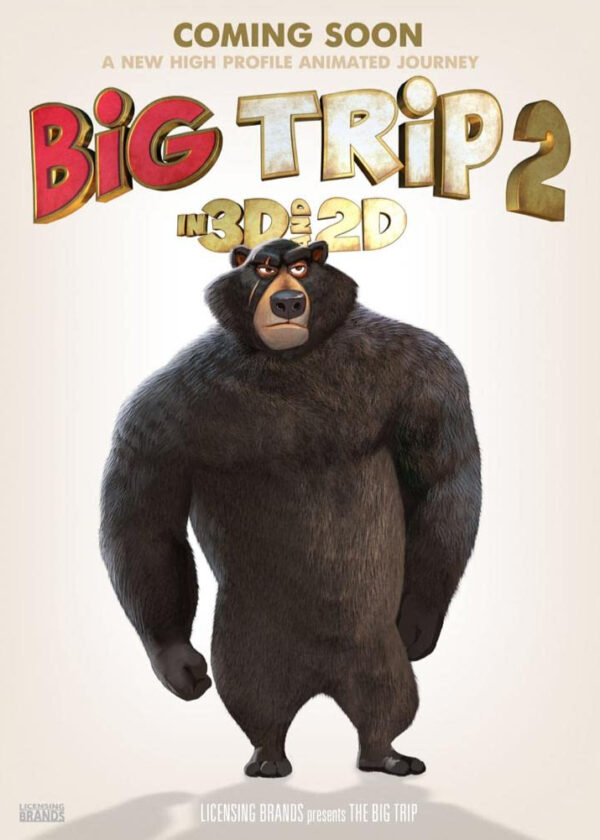 An animated comedy with a political twist is at the heart of Big Trip 2. A bear named Mic Mic and rabbit Oscar have just returned from their adventure in the first Big Trip film. Soon, however, they find himself in the middle of a problem. John Grisley and Don Vulture battle it out for America’s votes to win the presidential election. But John is ineligible to run unless he has children, as per the forest policy. Mic Mic and friends must deliver an orphaned bear baby to him before election day. But Don Vulture, his campaign rival, seeks to destroy his eligibility by stopping the delivery.

This is a family film that deals positively with issues such as pro-life, adoption and being an orphan, although not expressed directly. Although not a Christian film, Christian viewers will be reminded of the verse in James 1:27, “Religion that is pure and undefiled before God, the Father, is this: to visit orphans and widows in their affliction, and to keep oneself unstained from the world.” This film has many positive elements such as honesty, honor and forgiveness. This is displayed when the animals seek to do what is right and get the baby safely to his owners, and sometimes risk their lives to do it.

But the film is not without its agenda. Interwoven within the plot is a political agenda—literally. Two presidential candidates battle to secure votes, promising security and freedom rather than bondage and tyranny. The same political slander that adults are subjected to is neatly packaged with cute, cuddly characters and cartoon plotlines. This seems to be an irrelevant and unnecessary part of the movie’s plot. Additionally, negative elements such as deceit, trickery and manipulation are also explored. However, villains receive consequences for their actions.

The biggest issue with the movie is children not respecting authority, and authority figures being disrespectful to others. There is also light violence including hitting oneself in the head and slapping another character are featured, as well as light peril including a scene of a crash, birds fighting and a forest fire. There is light foul language including referring to family members as losers. All of the objectionable content, however, does not go further than a PG rating.

Big Trip 2 is a humorous family film that parents and older children will enjoy together. Because of issues with respect for authority, however, parents may question whether this movie is appropriate for younger children. Because of these elements, Dove gives Big Trip 2 the seal of approval for ages 12 and up.

Children will enjoy the animated characters and overarching element they can help others in their time of need. Parents will like the strong bonds of friendship and values such as honor, integrity and taking responsibility of one’s actions, as well as shedding a positive light on adoption and caring for life.

Positive elements such as honor, and honesty; characters ask for forgiveness and receive it.

Characters do the right thing even if they risk their lives; honor commitments

Character slaps another; birds fight; one character hits himself in the head.

A bear’s naked bottom is shown.