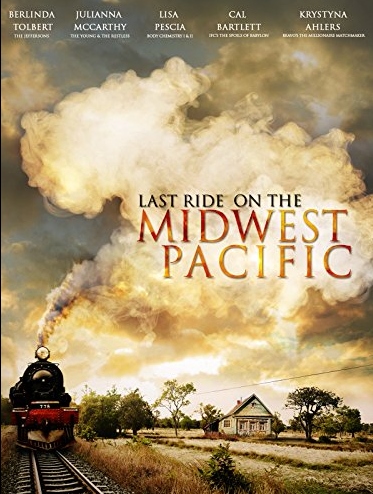 Last Ride on the Midwest Pacific

The night before NAN and POPS move to a retirement community in the rural Midwest, their scattered family reunites. Repressed tensions are provoked revealing unmentionable family secrets. Tensions run high on this emotional night resulting in the discovery of a few skeletons in the closet and unbeknownst plans for the future that change this diasporic family forever.

Sad to say, but it is difficult to find anything positive to say about this movie. It’s basically about an old man named Pops, and his disabled wife, Nan, and the tension between them. And Nan is spiteful, hateful, and fights with her daughter Rae as well as her grandson Travis. Nan curses a lot as does Rae and Travis. There are skeletons hiding in the closets and then Rae drops a big one on her mother. Entertaining this movie is not.

The one positive I can think of is that Cal Bartlett turns in a sympathetic performance as Pops, going the extra mile and being patient with Nan as much as he can. But Nan not only alienates her family with her crotchety attitude, but then makes a racial slur toward a black woman who had visited her and cheered her up.

The film is loaded with sexual comments and innuendos, profanities, including the Lord’s name taken in vain on several occasions, and is basically about a very dysfunctional family. And the ending is a real downer. Death is one of the themes of the film, but it is implied that basically anyone, no matter their way of life, will go to heaven.

Due to the excessive language and sexual comments, and the racial slur, this can in no way be considered a family-friendly film and it has not come close to earning our Dove seal.

This is a depressing movie to watch, and is filled with anger, language, and sexual comments.

Heaven is mentioned but not how to get there; a woman sings a line or two from “In the Garden.”

A man cares for his grandfather and has caring talks with him; a woman tries to help an elderly woman by watching her for a few minutes while the daughter has to run an errand.

Several sexual comments that are graphic and slang is used for genitalia; a woman upsets her mother but saying she has another woman for her companion.

This film is loaded with language, including several uses of “GD” and the name of Jesus taken in vain; the “F” bomb is used in a sexual way; other uses of language including “Son of a b*tch”; D; H; Ba*tard; Sh*t.

The mention of forced incest.