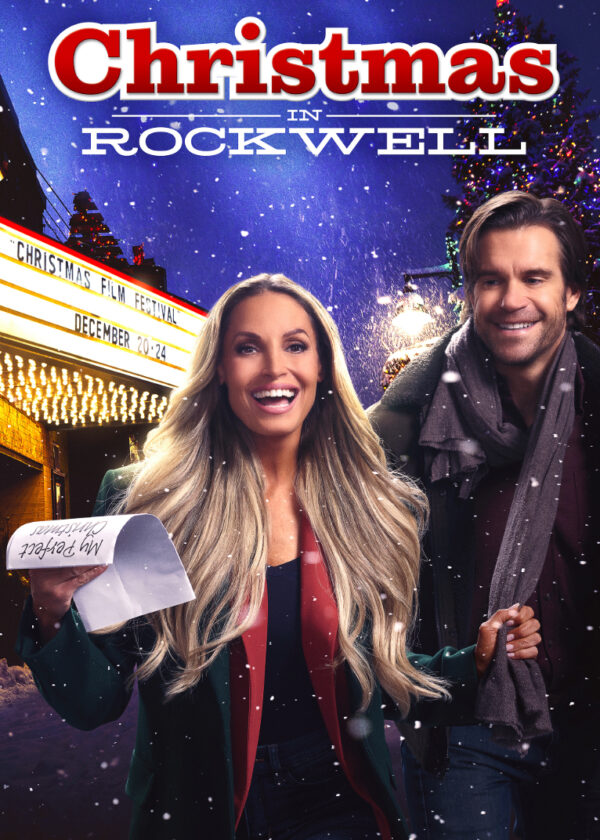 When a big town star goes home to her small town to celebrate Christmas, confusion and romance lead the holiday festivities.

When the famous Alyssa Strader (Trish Stratus) leaves Hollywood for a Christmas holiday in her hometown of Rockwell, Idaho, she turns the place upside down with her mysterious appearance. All she wants to do is relive her childhood and check off her bucket list of festivities when she encounters the handsome and authentic Jake (Stephen Huszar), who she starred in her first film with and who now runs the local Circle Theatre.

It turns out that Alyssa was the child star in an iconic Christmas film, Holly’s Puppy Christmas, that the town of Rockwell celebrates every year, and she feels she needs to hide her appearance in Rockwell to protect her privacy — good luck! Even though she is disguised through much of the film, Alyssa is recognized by locals, who are astonished at her presence. As she fends off her manager/mother Jenny (Sherry Miller), defending her choice to leave LA to pursue a personal dream, she begins to question who she can trust. The theater, known for supporting classic and indie film, is desperate for patrons, and Alyssa begins to believe she has been trapped.

With a take on Notting Hill, Christmas in Rockwell, follows the sequence of “star in hiding slowly falling for the charming, local bloke,” until she questions everything due to an invasion by the press. This film certainly plays on our love of that original Julia Roberts flick, and the ending confirms it when they steal lines directly from that original movie. Nevertheless, the viewers’ hearts are captured by the endearing storyline surrounding this charming, blossoming love affair with sights set on dreams coming true at the holidays.

A fun and charming Christmas story of “big town girl” finding herself by rediscovering her past.

Long time friends get the opportunity to prove their loyalty.