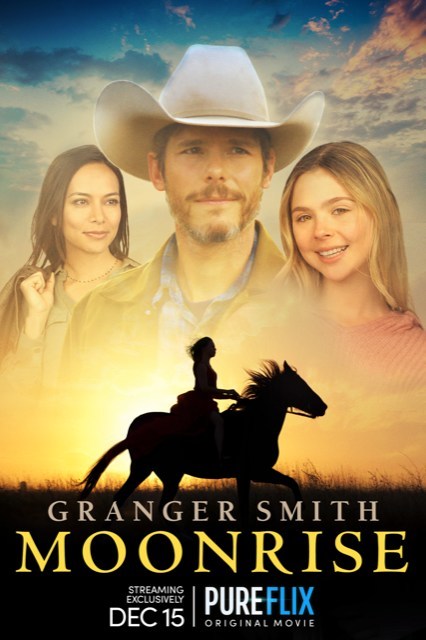 Will Brown is a former country singer who is haunted by the tragic death of his wife. Two years after her passing, he has put away his guitar, isolated his family at a horse ranch, and even forbidden the celebration of holidays. His young daughter, however, is also grieving and grasping at a reminder of her mother, a white Arabian horse she is determined to tame. With the help of a young female trainer she hired without her father’s permission, Will’s heart begins to soften again toward his family, God, his music, and love.

Two years after his wife dies, famous country singer Will Brown is on emotional auto pilot, isolating himself from his children and the world at a horse ranch. Guilt-ridden over not being able to save her from the accident that caused her death, Will refuses to allow his young children to engage with her white Arabian horse. His young daughter Ellie, however, sees a connection with her mother in the horse and intends to ride it, putting her at emotional odds with her father, who wants to sell. Further complicating matters, a horse trainer named Sam is hired by Ellie and shows up to start working with her every day for two weeks.

Although it’s billed as a romance because of the relationship with Sam, the dynamic between Will and his daughter is a large part of the story. Ellie loves her father and tries to do what she can to help him as she also deals with her own loss.

Will and the new horse trainer do not hit it off at first and then start warming up to each other, eventually becoming friends. Sam is estranged from her boyfriend and Will, like the untamable horse, isn’t sure if he’s ready to trust again. When the two start hitting it off (spoiler alert), Sam’s boyfriend shows up and makes a bid to buy part of Will’s ranch. This drives Will and Sam apart and he begins to rebuild the walls around his heart again.

The turning point for Will is an emotional moment with Ellie and discovering a message from his late wife. Will finally makes peace with himself and learns to let her go. This prompts him to return to his singing career in a concert at a local venue and put him back on the road to emotional healing, with or without the presence of Sam.

Moonrise deals with the tragedy of loss and how it affects family members in different ways. Suffering through his own pain, Will is unable to see how the loss of his wife affected his children and their circle of friends. He holds it all inside and can’t figure out the best way to deal with it. On his spiritual journey, he at first refuses church and then parks outside but changes his mind. It’s a subtle, slow road toward spiritual health.

When Will also picks his guitar back up and triumphantly returns to the stage, he uses a country song as a testimony: “My story’s not finished, and I’m not done yet. I can build a wall and try to shut it out. It’s just a matter of time before it falls down all out of order . . . I gotta keep moving forever forward.” Portrayed by real-life country singer Granger Smith, Smith’s music permeates the soundtrack and raises the bar for this faith-based film, with positive and memorable country melodies.

Viewers watching with children can discuss how to deal with disappointment with God and how loss could affect people in different ways. Parents and children can also be intentional on maintaining open channels of communication so no one suffers alone, as Will does through the first part of the film.

Moonrise is a movie about loss and learning to love again. It features tender romance, strong family bonds, a scenic western setting, and modern country music. A standout release in the faith-based genre.

Having faith in Jesus is the goal of life and an indicator that your life is back on the right track.

The film traces Will’s journey from being shut off and broken toward the road of healing and hope.

Onscreen acts of romance between Will and Sam.

At different times, Will and Ellie are thrown from a horse that also contributed to the death of Will’s wife.