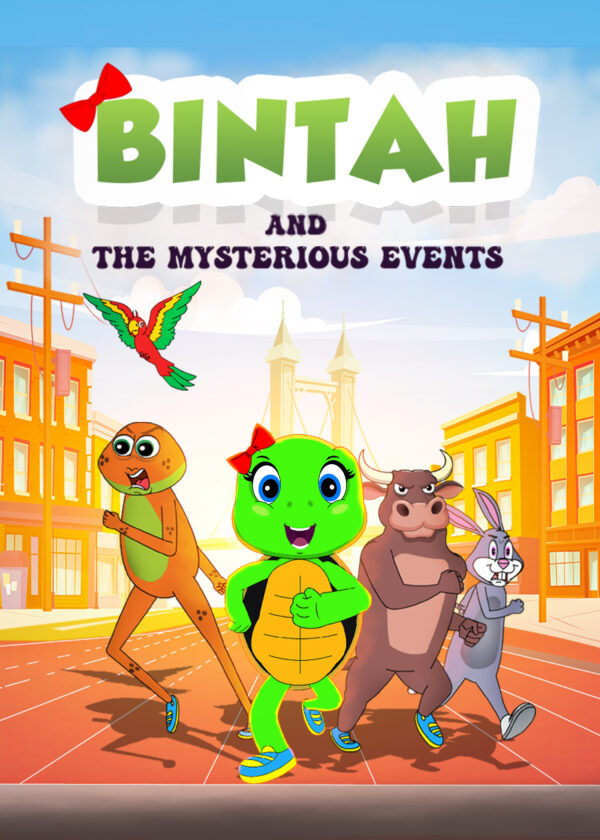 Bintah and the Mysterious Events

When Binta heads to the Annual Games to compete, she becomes a sleuth on the side in an effort to catch the saboteur.

This children’s animated film revolves around Bintah the turtle (Nicole Brower), who is bullied for competing in a race, in an effort to make it to the Annual Games. Her animal friends, who are comically called by their species, Lion, Piggy, and the like, team up to take the Annual Games by storm as they represent Spring Island. Rabbit (Wyatt Roster) and Froggy Longlegs (Elijah Zurek), work hard to make Bintah fail, but with the help of her family and friends, she insists on holding her head high and not getting distracted.

Having overcome those obstacles, she achieves her dream of going to Jamaica to compete, but when she and her teammates arrive, they are in for a surprise; there is one “accident” after another where someone falls sick, or gets injured. Bintah becomes suspicious and puts two and two together to figure out that someone is sabotaging the games, so she sets out to discover who it is.

The lessons prevail for old and young alike to remain positive in the face of obstacles, and believe in one’s own strength and potential. In the end, Bintah’s speech conveys that the best revenge for one’s enemies is your own success. Bintah makes some mistakes along the way, but quickly learns from them and apologizes, which sets a good example for young viewers.

While the animation is fairly rudimentary, the message this movie brings forth is a strong one: that true medals are the hearts and minds of the people who care about you.

Bintah and the Mysterious Events reminds us that you win by being yourself and never giving up on your dreams.

Main characters show concern for others and work to expose the truth in order to protect everyone; they admit when they are wrong.

Secondary characters are made sick, and get minor injuries by the action of a saboteur.