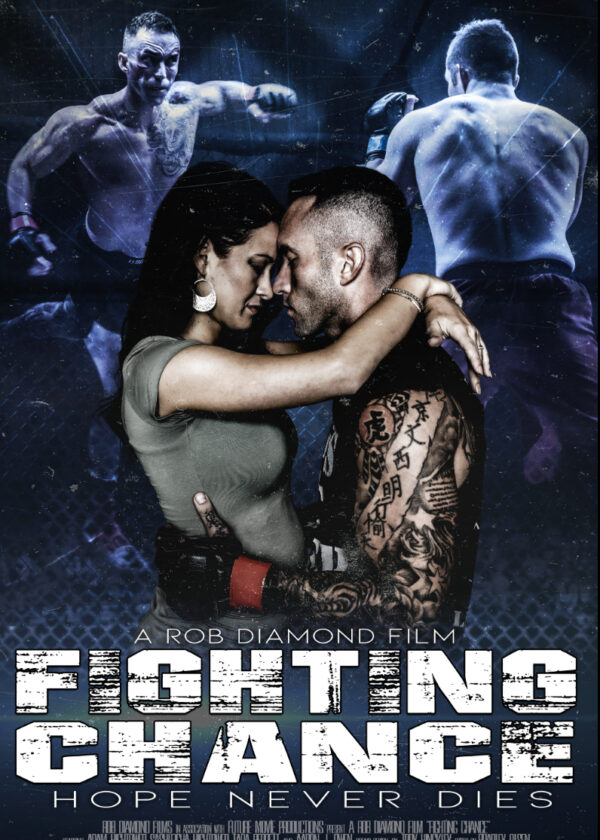 A small town MMA fighter who has worked his entire life for a shot at the title must overcome extraordinary trials if he’s ever going to achieve his dreams and find his true purpose in life.

Chance Everett (Adam Hightower) has trained without ceasing to become the MMA champion fighter of Global Fighting Federation (GFF), and the time has come to fight for the winner’s belt. His parents, Carol Everett and Jack Everett (Tara Barrett and Ken Mulroney) and wife Ashley (Sashleigha Hightower) join his manager, Goldie (Brennen Oliver) in supporting Chance before a grueling fight for the title. He promises Ashley, who is pregnant and now hypersensitive to any more ‘life events’, that he will win for her and their baby, and only needs her support. She promises, but reminds Chance of his latest meeting with the doctor who extended an ominous warning regarding debilitating concussions.

In another room, Max (Aaron Owen), is mean and lean, his hardened manager throwing darts of menacing encouragement, insisting on Max’s victory. Outside, we hear the excitement of a fight-hungry crowd while the anchors run down both fighters’ stats.  The clock is ticking as each fighter explodes into the ring, muscle like stone, sizzling with focused predation. The bell rings. The fans are wild.

And basically, the two beat the h-e-double-hockey-sticks out of each other.

After both warriors have spattered blood and acquired distorting contusions, Max is forced down by Chance’s sheer perseverance, and must tap out, granting Chance the brutal victory.  But reality for the family turns quickly from a glorious victory to a Pyrrhic victory when, following the bell, mad Max criminally and brutally blasts his knee into Chance’s head causing a debilitating, convulsing stroke.

The remaining piece of the story focuses on Chance’s grief, anger and realization that it’s all on him now, to remain, to rehabilitate his neurologically damaged brain. His displaced, burning anger is initially directed toward his family and God. It is ironic that he shows the first signs of forgiveness when Max visits him in the hospital. It will be a long, non-promising road carving out new pathways in the brain, but his dedication to Ashley and baby give him the will to fight another excruciating battle.

Fighting Chance is a dramatic piece about perseverance, family sacrifice and the realization that we are actually not in control. It is filmed beautifully, which helps compensate for the nag that bothers by hearing a raucous crowd, but not seeing one. Likewise, hospital scenes were void of the expected busyness and left begging for extras. As well, a wardrobe continuity issue happens in a hospital scene catching our eye.

However, the well written script introduces us to a couple of back stories involving secondary characters, giving the film added dimension.  A tough film to act, both Hightowers do a fantastic job delivering emotion. (However, the film could use an interjection of levity here and there.)  When casting a film like this, it’s a challenge to find true and specialized athletes who can act. Both Mr. Hightower and Mr. Owen are impressive in acting ability, as well as convincing in the ring.

There are a couple of scenes which portray the importance of the cross in the main characters’ lives.  Chance’s father reads the Bible very briefly, and says a short prayer, but there’s no mention of salvation or identity in Christ.  Regarding violence, the fighting scenes are too rough for small children.  Dove awards Fighting Chance the 12-year-old Seal of Approval.

Actor puts on a cross necklace and refers to the cross- that it’s where it belongs. Actor says a very short prayer and wears his cross consistently. Gospel mentioned but not explained.

All characters work toward the same goal to lift up Chance.

Both romantic and affectionate kisses by married couple.

Brutal fighting in the ring, lots of blood and incessant pounding to the head and face. No weapons used.